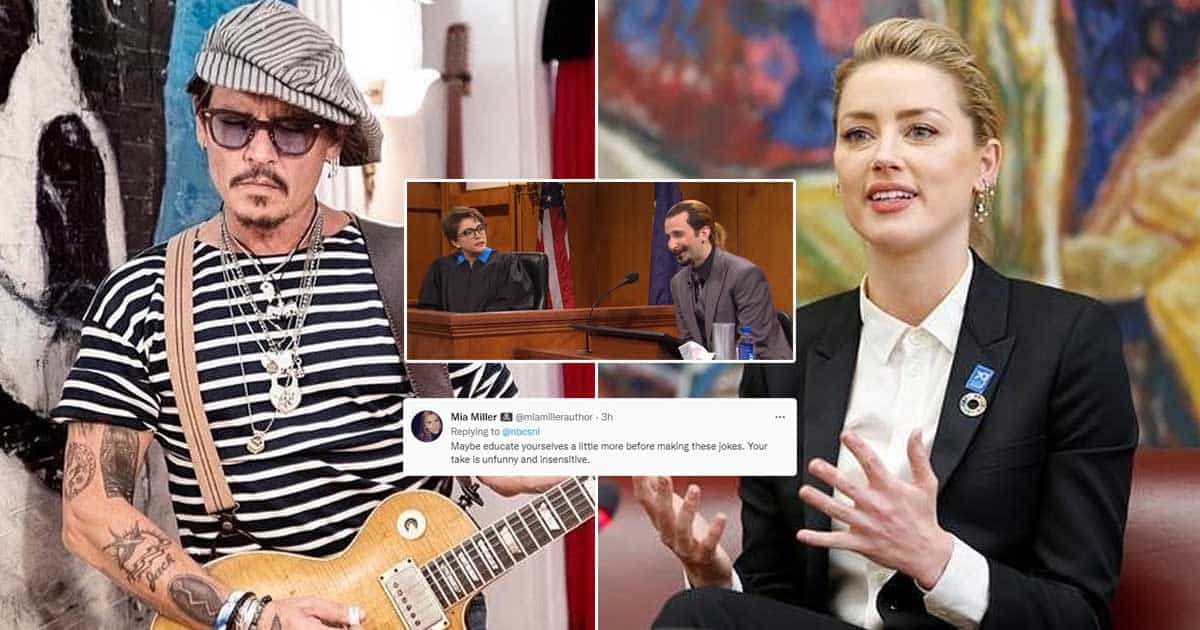 SNL has never missed out on a chance to attract controversy. Whether it is Kim Kardashian taking digs at ex-husband Kanye West or Jimmy Fallon wearing blackface to impersonate Chris Rock, there’s a lot of history. Adding to the list is the latest sketch of Johnny Depp and Amber Heard defamation trial that’s currently ongoing in the Virginia court. Scroll below for all the details and criticism.

Saturday Night Live has done sketches that have left audience cracking up on multiple occasions. They have also roped in biggest celebrities to grab eyeballs and that has worked really well. Yesterday, Selena Gomez made her SNL debut and even cracked fart jokes with her Only Murder In The Building co-star Steve Martin.

A video is now going viral that witnesses a sketch on Amber Heard and Johnny Depp defamation trial. As most know, JD has sued his ex-wife over an op-ed she wrote in The Washington Post back in 2018 indirectly accusing him of domestic violence. In the ongoing trial, one of the most controversial matters was the Aquaman actress leaving faecal matter on his bed.

Pictures of the poop had also gone viral on the internet and Amber Heard was even termed ‘Amberturd’ by netizens. The SNL sketches mock the entire incident and even referred to poop as ‘boo boo’ in order to make it hilarious. At one point, Johnny Depp was even seen at the stands and was asked by the judge if he’s finding the trial “amusing.” He replies, “yes, a little.”

There’s also a Pirates Of The Caribbean reference as the judge calls him “Captain Jack.”

Netizens aren’t happy with the mockery and have called out SNL for their sketch.

A user wrote, “the amount of people involved in snl and nobody thought “hey maybe this should be off limits” ???”

“This is not hilarious. This is not a game. This is not something to be memed, fancammed, or stanned. This is a fucking domestic abuse case, and it shouldn’t be joked about, no matter whose side you’re on,” another wrote.

“Nop. nope This was beyond a terrible idea,” a user commented.

What do you think about this SNL parody of the Amber Heard vs Johnny Depp case? Let us know in the comments below!

Must Read: Johnny Depp’s Friends Call Amber Heard A “Sociopath Show Pony” Who Is Used To Always Getting What She Wants