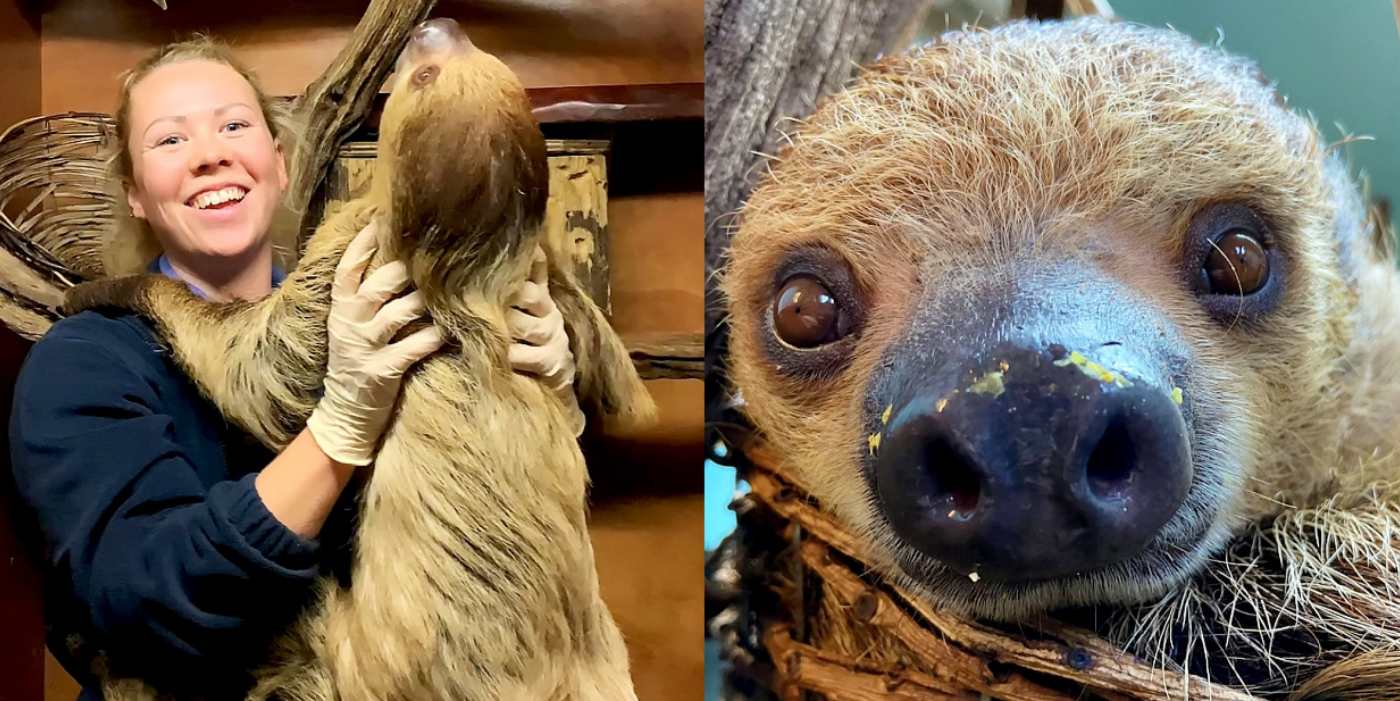 A sloth has formed an adorable relationship with its keeper and refuses to get out of bed until they’ve had their morning cuddles—and a zoo tour.

Gordon the sloth, from Drusillas Park in Sussex, took a particular liking to Amelia Jones when the pair first met two years ago.

The unlikely friends started their companionship, when Gordon began behaving differently around Amelia than he did with all the other keepers.

Amelia’s nerves around working with sloths are what she believes encouraged Gordon to show affection towards her in an attempt to make her feel at ease.

From there, their relationship blossomed and now Gordon won’t even get out of bed until he’s ‘been cradled like a baby’ by his favorite zoo keeper.

Their routine doesn’t stop there, as Gordon then expects Amelia to take him on a spin around the zoo so they can maximize their time together.

Amelia said, “When I first started working with our sloths, I was actually a little bit intimidated by sloths, they are powerful animals and I used to keep my distance.

RELATED: Students Write Adorable Letters on Behalf of Shelter Animals to Boost Adoptions – And it Worked

“Gordon lives with our hand-reared sloth, Flash, and Flash is very confident around humans and often acted like the boss with me.

“However, Gordon took a very gentle approach with me, like he knew I was nervous, and would slowly come to where I was, peer at me sweetly, and patiently watch me work.”

Gordon is now at the point where he’ll pick up a bucket and sponge as if helping Amelia clean his cage.

Although it is not without expectation, and he gets very grumpy if she doesn’t have time for their special routine.

“The day I realized I had accidentally created a routine with him, which was one morning when I was in a rush and only had time to walk him quickly to his enclosure,” Amelia said.

“When I put him down, he started pawing at me and pulling my t-shirt and acting really grumpy. And he stayed in a grumpy mood with me the rest of the day. That’s when I clocked that he’d expected his normal tour and was very unhappy it didn’t happen!”

Gordon and Amelia’s special bond continues to grow, and their morning cuddle and zoo tour are now a firm fixture on the daily to-do list.

Amelia said, “Gordon is a really special, sweet boy and it’s a great privilege to work with sloths, so to experience the unique relationship we have developed is a real honor.”