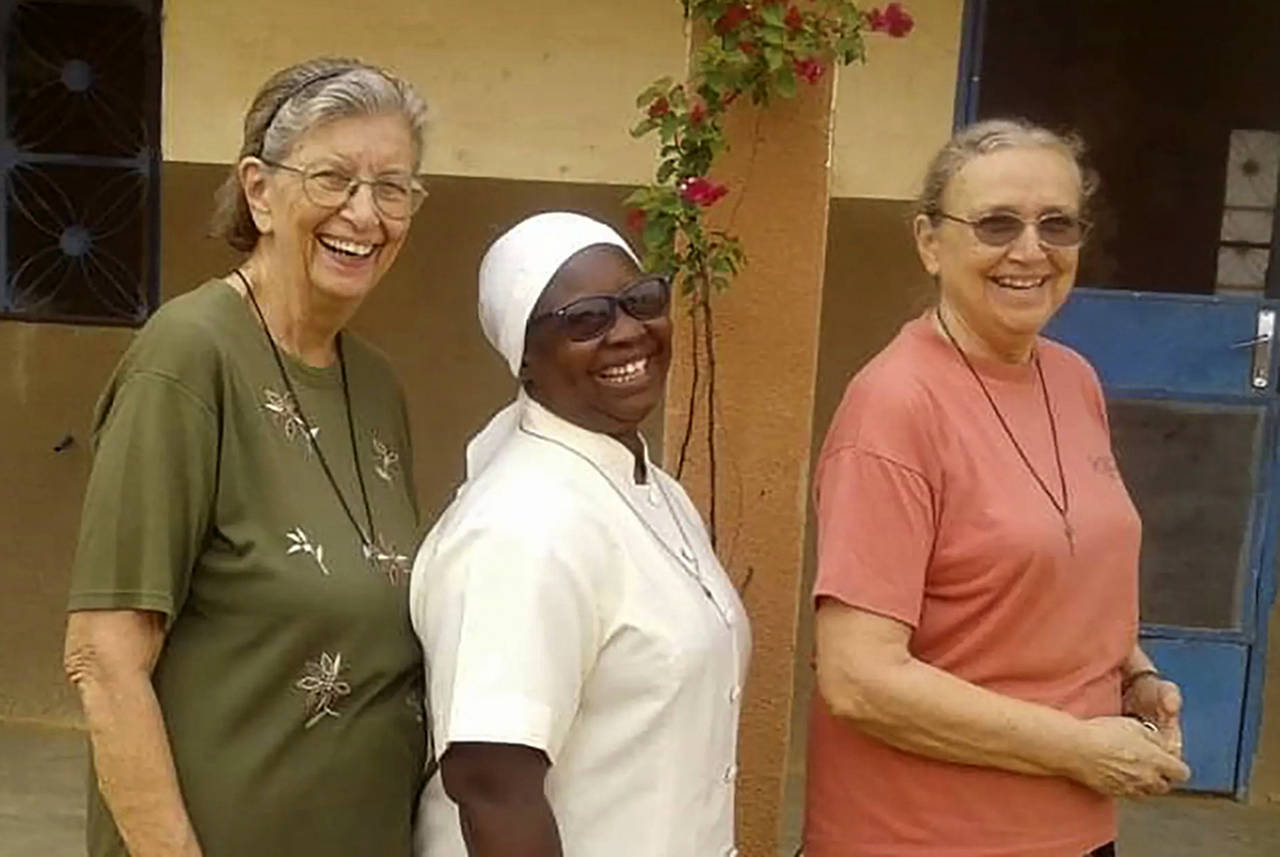 NEW ORLEANS (AP) — Ten gunmen kidnapped an 83-year-old American nun from her bed in the west African nation of Burkina Faso and destroyed almost everything in the house where she lived, but left four other women unhurt, a Louisiana official for the order said Wednesday.

Sister Suellen Tennyson was taken late Monday “from her room in her pajamas — no shoes, no glasses, no phone, no medicine,” Sister Ann Lacour, US congregational leader for the Marianites of Holy Cross in Covington, Louisiana, told The Associated Press . Lacour provided additional details of the kidnapping a day after the AP reported it.

Lacour said Tennyson takes blood pressure medicine and she is not sure how she would fare without it. “I do know without her glasses she’d be totally disoriented,” she said in a phone interview from the order’s worldwide headquarters in Lemans, France.

Two other nuns — one from Canada and one from Burkina Faso — and two young Burkinabè women who were living in the same house in Yalgo are now safely at the Kaya Diocese headquarters, even though the gunmen shot up their new truck so they couldn’t use it, Lacour said. Yalgo is roughly 100 kilometers (62 miles) northeast of Kaya.

Lacour says she believes Tennyson was taken because she’s American, but the kidnappers have not been in touch with the order. Without Tennyson’s phone, she noted, they might not have the phone numbers to do so.

“What she targeted? We don’t really know that,” Lacour said.

Tennyson had been a missionary in Burkina Faso since 2014, supporting Sister Pauline Drouin, a nurse from Lake Magantic in Canada, and Sister Pascaline Tougma, a midwife from Burkina Faso, Lacour said.

The once peaceful West African nation has seen a great deal of violence linked to al-Qaeda and the Islamic State group over the past six years. Activist Daouda Diallo has documented more than 1,000 extrajudicial killings by security forces and jihadis over that period.

Jihadi groups linked to al-Qaida and the Islamic State in the Sahel, the vast expanse south of the Sahara Desert, have been taking hostages for ransom to fund operations and expand their presence. Twenty-eight foreigners have been abducted in the Sahel since 2015 and six, including two Americans, are still captive, according to Heni Nsaibia, a senior researcher at the Armed Conflict Location & Event Data Project. In addition to Tennyson, aid worker Jeffrey Woodke was kidnapped from Niger in 2016, he said.

Yalgo is in the north, near the province of Soum, where two attacks in November killed nearly 70 people, and not far from the nation of Mali, where Human Rights Watch said more than 100 civilians have been killed in recent months.

Copyright © The Associated Press. All rights reserved. This material may not be published, broadcast, rewritten or redistributed.