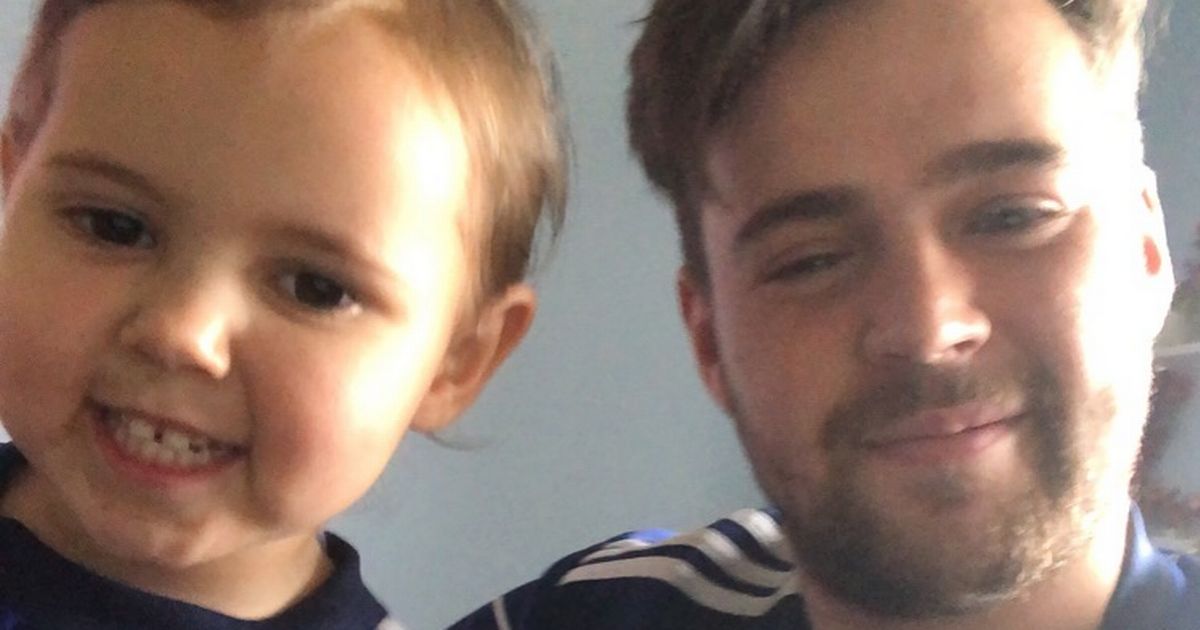 A single father living in a mold-infested Leeds home has spoken out about the financial struggle of moving to a “safer” place.

Luke Hunter lives in a one-bedroom apartment near Cookridge with his three-year-old daughter, Bronte, with whom he has to share a bed due to lack of space in the apartment.

The 27-year-old fell into debt after being given custody of his daughter and owes Sanctuary Housing over £500 before he can be taken elsewhere.

However, he says he has faced a number of problems in the house, including alleged mold in his bedroom and living room, which he believes is due to poor ventilation.

Sanctuary says it is arranging another inspection to be conducted to improve ventilation and condensation on the property.

He claims there are other issues at home, including an awful smell in the bathroom that would make him ill for months and that began in February 2021.

The smell eventually stopped, but Luke claims a neighbor told him that “dead animals” had been removed from the air vents and that’s where the smell came from.

Luke also spoke about a police raid that took place months after he moved in, as it was believed the previous tenant had used the property for drugs, and weeks after moving in, equipment he claims was used for cannabis farms was also removed from the property were used.

Luke, who has been trying to move for months, said: “I got this property in October 2020 when I didn’t have custody of my daughter

“When I first moved in 2 weeks later I had to have the pulling equipment used for an extension removed. I don’t know what was in the bag. I refused to touch it.

“A few months after there was a 4am police raid over something with the previous tenant, police said the property was being used for drugs. I called Sanctuary Housing and said I need a transfer now (to a new property). Luckily my daughter wasn’t there.

“We have to share a bed. There is mold all over the bedroom and I have now hired a lawyer.”

Luke, who is on Universal Credit, lost his job at a call center after getting custody of his daughter. He couldn’t afford to pay the rent as well as her full-time kindergarten fees.

He now wants to move somewhere else so she can have her own bed and be in a safer place.

Luke was offered a property just before Christmas but was told to pay the arrears in rent first. He applied for voluntary housing benefit, which offers support or rent costs, but was immediately turned down.

He continued, “I couldn’t afford daycare, rent and everything, I couldn’t do it. My boss said I have to let you go, I lost my job. I was also engaged at the time, but she couldn’t handle my daughter, so she left me. It was very difficult for me to get out here and raise her.

“There is no elevator, sometimes I had to leave my groceries downstairs to carry Bronte to the house. When I went back downstairs to pick it up, it had been stolen. There is nothing but problems. The stairs are kind of like marble.

Luke says a social worker also wants him off the property, adding, “I just want out of here. The only thing I don’t have is money.

Enter your zip code to view local issues near you

“They keep saying there’s nothing we can do because I’m in arrears. I feel like an asshole.”

A Sanctuary spokesman said: “We have visited Mr Hunter’s home to carry out work – including mold treatments – and are arranging a further inspection to look at possible options to improve ventilation and reduce condensation. We apologize that this inspection has been slightly delayed.

“We have also been working with Mr Hunter on his rental account so that he can apply for a new home when a suitable property becomes available on the local waiting list.”

How to get the latest email updates from LeedsLive, click here.