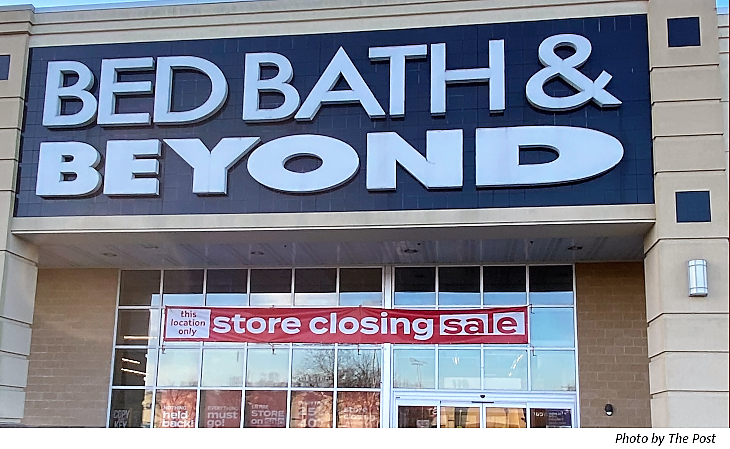 WEST POTTSGROVE PA – Signage (at top) posted Wednesday (Dec. 28, 2022) on windows of the Bed Bath & Beyond store at the Upland Square Shopping Center in West Pottsgrove announced a “store closing sale” had begun. No specific closing date was publicized, and its website gave no hint of the impending closure.

The Upland Square location would be among the latest of roughly 150 stores nationwide that the New Jersey-based retailing chain announced in late August would be closed during or by the end of 2022. At the time it also said it planned to lay off 20 percent of its corporate and supply chain staff. All of the targeted units were what the company characterized as “low-producing” stores.

Bed Bath & Beyond hopes to “stabilize the company’s finances and turn around its declining sales,” CNBC reported Sept. 15. Same-store sales declined 23 percent in the first quarter of 2022, and 26 percent in the second quarter. Its board of directors earlier was searching for new corporate leadership, and the company this year obtained more than $500 million in new financing, CNBC added.