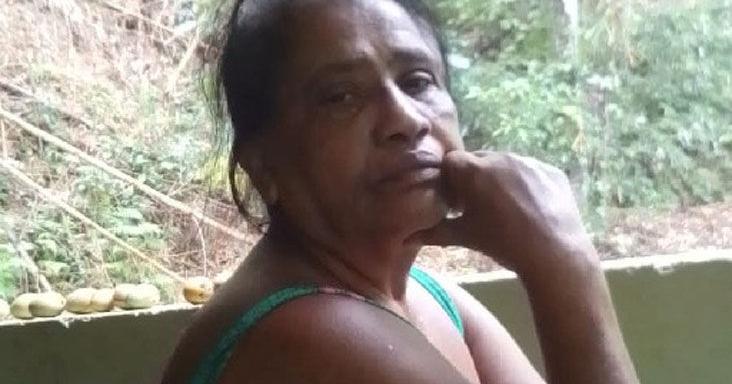 The family and neighbors of 53-year-old Rosemary Harricharan, who was murdered in bed yesterday morning, are puzzled over why it happened.

Harricharan was shot dead yesterday morning in her sleep by an unknown assailant at her home along Williams Street, Champs Fleurs.

When the Express visited the community yesterday, Harricharan’s daughters Jozanna Mahabir and Joanna Thomas told the media they were in shock over the incident.

They said that Harricharan didn’t go out much, but would spend most of her time sitting outside “people watching”.

“The most anyone can say is that she was a cuss-bud, cause she would curse everybody. But that was just how she talked and everyone here knows that’s just her. She never used to trouble anyone really outside of that,” Thomas said.

She noted that Harricharan was an outpatient of St Ann’s Psychiatric Hospital, was unemployed and received social assistance. As a result, the family was at a loss over why anyone would want Harricharan dead, and the incident had hit them all hard.

One such person was one of Thomas’ sisters who lived with Harricharan.

The young woman who posted to social media following the incident, vowed she would avenge her mother’s life, and those who tried to kill her.

Neighbors said they were shocked to hear of the killing, and agreed that “Miss Rosemary” never troubled anyone in the community outside of cursing persons who walked past.

“That’s just how she was. Since I was small she was cussing people who pass by. It’s nothing. So we don’t even know who come up here to do this. And it has to be someone come up because everyone in the back here is friends and family. And none of us had any issue with her,” one resident explained.

The Express was told that about 1.10 am yesterday, Harricharan’s daughter was in the living room of the family’s home when she heard a series of gunshots.

She went to check on her mother whose bedroom was on the eastern side of the home, and she observed a masked man standing over her mother’s bed. The suspect, on seeing the younger woman, shot at her and ran out of the house.

The 24-year-old was not injured. She found Harricharan lying unresponsive on her bed with gunshot wounds to her left chest and abdomen.

The police and emergency health services were notified and a team of officers led by Cpl Bushell responded.

Four live rounds of 9mm ammunition, and four spent shells were found. This incident, along with the killing of 24-year-old Stephen Ramoutar in Tableland, has pushed the murder toll up to 211.

The comparative for the same period was 135.