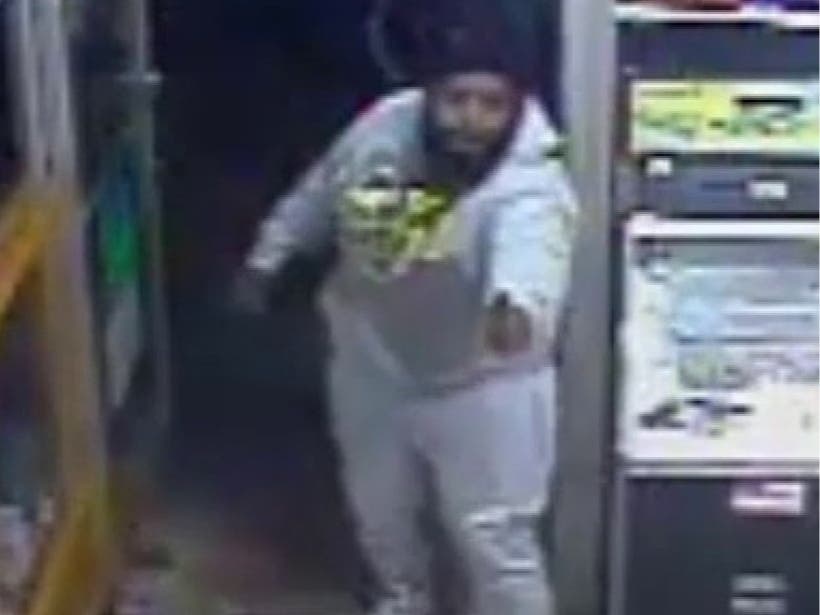 BED-STUY, BROOKLYN – Police are calling for help locating the man who fatally shot and killed a woman and her dog at a Bed Stuy bodega earlier this week.

The NYPD released photos late Tuesday of the man who, according to police, shot 36-year-old Jennifer Ynoa and her dog in the smoking shop on Dekalb Avenue on Sunday at around 9.45 p.m.

The man is between 30 and 40 years old and was last seen in a gray hoodie and gray pants, police said.

Ynoa was found shot dead on the ground outside the store between Franklin Avenue and Skillman Streets that night. She was rushed to Brooklyn Hospital, where she was pronounced dead, police said.

Ynoa’s brown and white pit bull, who was on a leash with her in the bodega, also reportedly died.

Ynoa lived a few blocks from the store on Lafayette Street, records show.

The People for the Ethical Treatment of Animals organization also announced on Tuesday that it would be offering a reward of US $ 5,000 for information leading to the arrest and conviction of those responsible, including those for severe animal cruelty.

Here is a photo of the man, taken from the bodega: