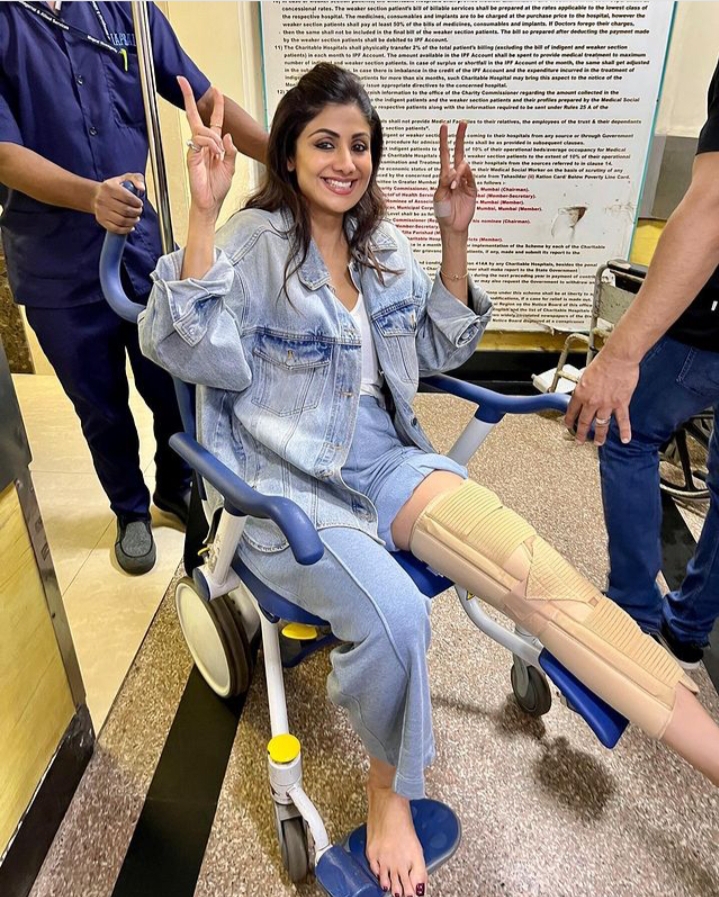 Currently Shilpa Shetty is working on her upcoming projects in which one of them is Rohit Shetty’s film Indian Police Force. Shilpa Shetty shared a post of her with a leg fracture in a hospital. When the actress got a fracture on her left leg she was smiling for the camera in the hospital when she was the cast of the film and sitting on a wheelchair. In the Instagram post of the actress Shilpa Shetty she wrote a caption that said roll , camera , action and break a leg and she took it literally .

Shilpa Shetty added in the caption of her Instagram post that now it’s an out of action for six weeks but she will be back soon even more stronger and better and said till then Dua my yaad rakhiyega , prayers always work , with gratitude, Shilpa Shetty. By writing this caption Shilpa Shetty’s fans feel some positive vibes that in her injury she is still smiling and writing such a soothing message.

Just a day before this incident, the bollywood actress Shilpa Shetty shared a video of the behind the scenes of the shooting of the movie Indian Police Force of the director Rohit Shetty. In that video which was posted by her on her Instagram handle shows the director Rohit Shetty shooting the fighting scene while hanging from a harness. In the caption of the video posted by her she wrote that there is no dull moment on the sets of Indian Police Force , raw and real and don’t miss Rohit Shetty on the harness.