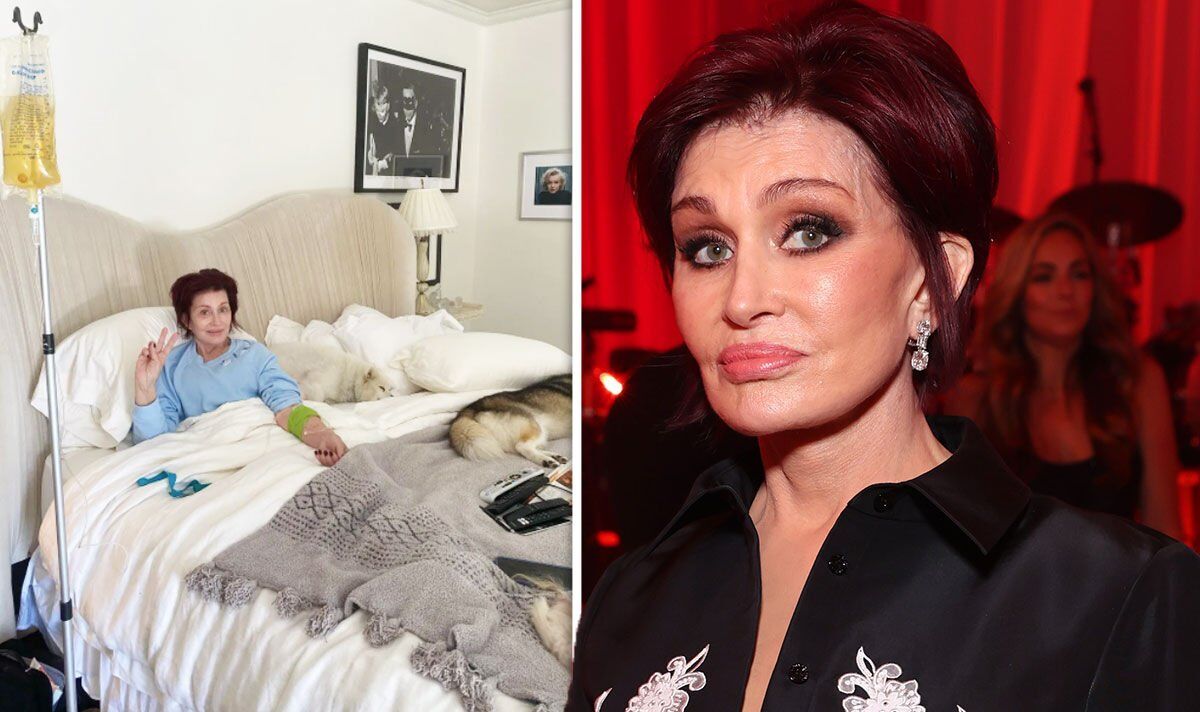 Sharon Osbourne shared a picture of herself in bed with an intravenous drip in her arm after she revealed she had caught COVID-19 from her husband Ozzy. The Talk UK host, 69, took to Instagram on Wednesday to share a snap of herself looking unwell as she relaxed in her bed while battling the virus.

She had previously revealed that she caught Covid after having to fly back to Los Angeles from London to look after her rocker other helped Ozzy, 73, who had contracted the virus.

In her social media snap, Sharon went make-up free as she wore a blue T-shirt and made the peace sign with her left hand.

The sleeve of her top on her right arm was rolled up and the intravenous drip in her arm could be seen secured by green tape.

She was surrounded by five TV remote controls and three of her dogs on her bed as well as a mobile phone, laptop and magazine as she tried to keep busy.

When asked if Ozzy will now be looking after his wife, Sharon laughed and said: “Maybe, we’ll see. I feel OK actually.”

Ozzy has recovered enough that Sharon can return to her presenting duties on The Talk, Monday to Friday at 9pm.

The star will join her fellow panellists via video link from her home in LA for the time being, having missed just two shows.

Sharon added: “I’m so happy to be back at work tonight. Ozzy is doing so much better, thankfully.

On Sunday, Sharon and Ozzy’s son Jack shared a video of his father FaceTiming their dogs and said he was doing OK.

He wrote: “Dad is on the mend and back to FaceTiming the dogs. Thank you for all the love & support!”

Sharon was previously said to be “beside herself with worry” after Ozzy contracted Covid.

It was claimed Sharon was concerned about Ozzy as he became “paranoid” about getting the deadly virus after enduring a string of health problems in recent years.

A source told The Mirror: “Ozzy was badly paranoid about getting Covid because of everything that he has been through. Now he’s got it, he’s panicked and feeling awful.