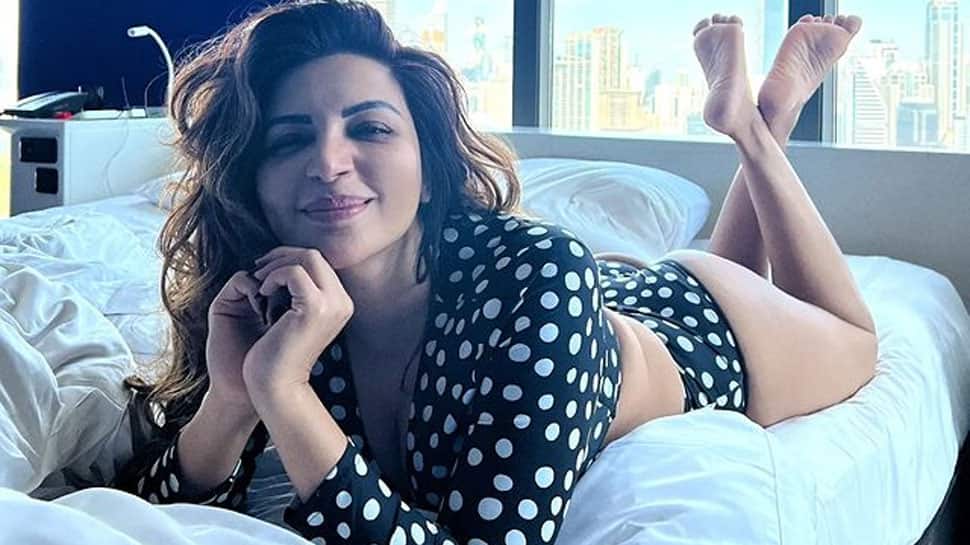 New Delhi: Actress Shama Sikander is known for her bold and glam image. Her social media page is also abuzz with sensational photoshoots and videos. She recently dropped a ravishing post about her ‘lazing around’ on the bed as it was a Sunday wearing a two-piece polka-dotted bikini set. This invited the troll army to post here and some dropped nasty comments too.

Shama wore a hot-looking bikini set and can be seen lying on the bed and chilling. She captioned the post: Lazing around cozzzzx its Sundayyyyy. #sunday #lazymood #woman #lazylahme #bangkok #actorslife #shamasikander. While many hailed her bold look others found it hard to digest. One user wrote: This is too much.

The actress has featured in some hit TV shows such as ‘Yeh Meri Life Hai’, ‘Baal Veer’ etc to name a few. The 2004 slice-of-life TV show “Yeh Meri Life Hai” got her name and fame. Recently, her Reel on Instagram wearing a low-cut backless risque gown showing off her seductive moves on Tip Tip Barsa Paani track went viral. The actress has over 3.1 million followers on Instagram alone.

She has featured in several Bollywood films such as Prem Aggan and Mann. She was seen in a supporting role in Ansh: The Deadly Part. Shama Sikander was seen in Dhoom Dhadaka and later in ‘Shunyaa’, Seven.

Shama played the lead antagonist in Baal Veer and was last seen in Neil Nitin Mukesh starrer ‘Bypass Road’ in 2019.

Shama Sikander tied the knot with her longtime boyfriend James Milliron in a dreamy-white wedding in Goa on March 14. The two got married as per Christian rituals in the presence of close friends and family members. Shama and James started dating after they met through a mutual friend in Mumbai in 2015. The couple wanted to get married in 2020 but it got delayed due to COVID-19 pandemic.