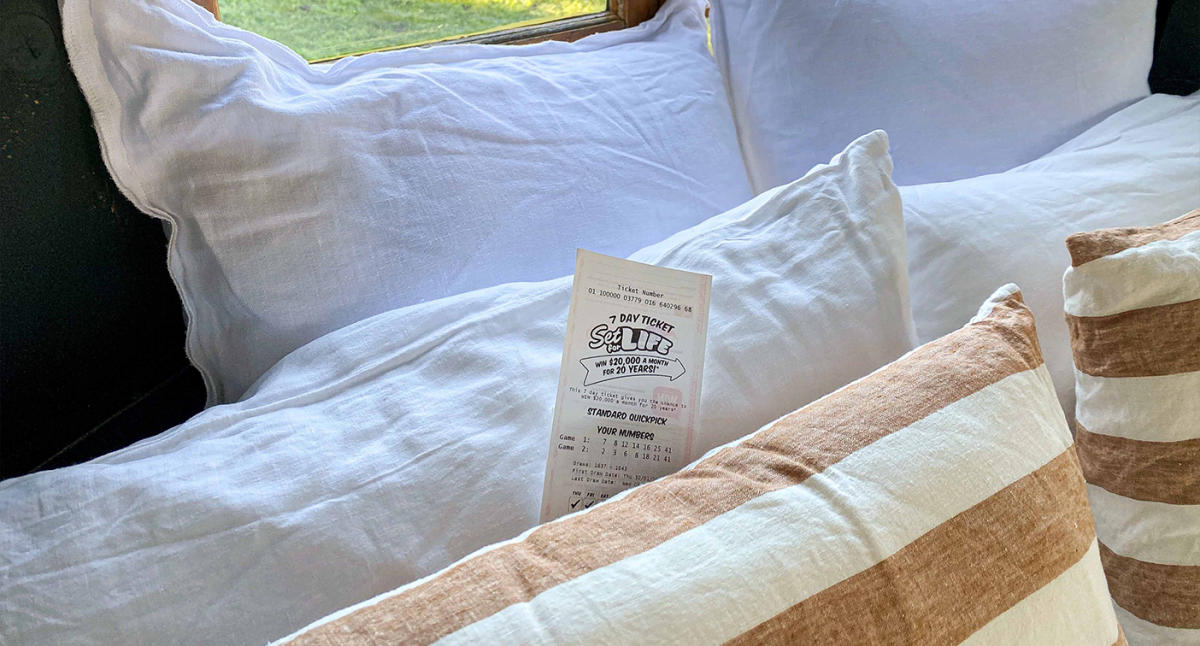 A mum from Sydney’s west got the shock of her life on Wednesday morning when she learned she had scored a $4.8 million lotto jackpot while sick in bed with Covid-19.

The woman from Penrith held the only division one winning entry in the Set for Life draw 2539, scoring the massive sum which will be paid in $20,000 installations every month for the next 20 years.

She said she thought she was still dreaming when an official from The Lott called her on Wednesday morning, waking her up with the good news.

“Is this a dream?! I’ve just woken up and I’m still lying in bed!” she said, explaining that she’s one of the tens of thousands of Aussies currently battling a Covid infection.

“I was apprehensive about answering this phone call, but I’m so glad I did. I don’t usually check my lottery tickets until Friday or Monday when I purchase new tickets, so I had no idea!

“I have Covid right now, so I’m not feeling the greatest. This has really boosted my mood. Wow, I can’t believe it.”

The mum said she has been playing the same lotto numbers for “many years” and always vowed to frame her Set for Life ticket on the wall if she won.

Lotto winner plans to buy her husband a car

As for her plans with the money, the woman said she will keep working because she loves her job and it will keep her busy.

“Eventually, I’ll retire, and I can feel more secure about the future,” she added.

“My husband has wanted to buy a new car, so that will probably be the first thing we’ll do.

“We might also visit family overseas and surprise them. It’s something I’ve wanted to do my whole life, and now I can!

“Thank you for the best phone call to wake up to!”

The winning ticket was purchased from Nepean Square Newsagency in Penrith.

The woman is the 102nd Set for Life winner since the game was introduced in 2015.

Do you have a story tip? E-mail: [email protected].