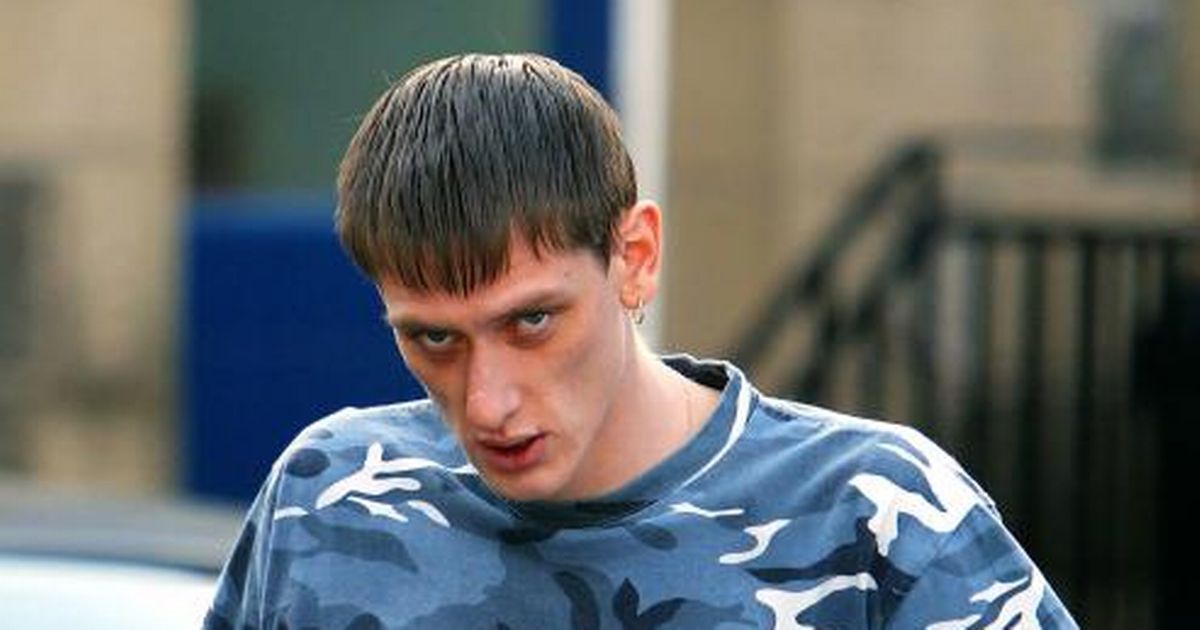 A notorious thief with a satanic 666 tattoo was found in an elderly priest’s bed during a raid on a monastery.

Alan Brown was sitting in Father Charles Corrigan’s bed rifling through his stuff when he was confronted by the 80-year-old clergyman.

The incident was the culmination of a 24-hour spree during which Brown robbed a pub, broke into an elderly man’s home and tried to rob a £350,000 lodge house.

Fiscal depute Marie Lyons told Perth Sheriff Court: “This took place at St Mary’s Monastery in Perth. It happened at 10.30am on August 3, 2021.

“Fr Corrigan is the rector of the monastery and is aged 80. He was with some of the other residents having refreshments and returned to his room at 11am.

“He found the accused sitting in his bed, going through his belongings. He confronted the accused, who then left, escorted out by Fr Corrigan. When he returned to his room, he discovered £9 cash missing from his jacket and £20 change had been taken from a box on the desk.”

Brown, 40, had stolen a jacket from the staffroom of a Wetherspoons pub the night before and was wearing it. The court heard it was found at the monastery.

Brown was then seen trying to jemmy open a window at Bowerswell Lodge but was confronted and left empty-handed.

He then turned up at the home of a man, 72, and helped himself to cash and tobacco. But the thief cut himself and left a bloody fingerprint on the window frame. His DNA was also discovered in the property.

Brown – who has about 100 previous convictions – admitted four crimes of dishonesty across Perth last August 2 and 3.

Solicitor Linda Clark, defending, gave the court a letter Brown had written in which he asked for the sheriff to send him back to prison. Sheriff Gillian Wade read the letter and said: “He’s not saying, ‘I’m sorry, I don’t want to get jailed.’ He’s saying, ‘I’m terribly sorry – give me a custodial sentence.’

She told Brown: “There is preying on elderly people. You’ve got an appalling record and you know very well a custodial sentence is going to follow.

“I take what you have said about the revolving door situation you
find yourself in. I will consider whether another intervention can be put in place to protect the public from further serious harm.”

Brown was remanded in custody for reports.

The thief – who has the “number of the beast” 666 tattooed on his neck – was dubbed the lowest of the low for a drug-fuelled crime spree at a hospital, a sports center and a veterans’ war museum in one afternoon in 2018 .

He was jailed for 30 months as a result of that.

He had previous convictions for robbing a priest and pilfering Remembrance Day cash.

Don’t miss the latest news from around Scotland and beyond – Sign up to our daily newsletter here .