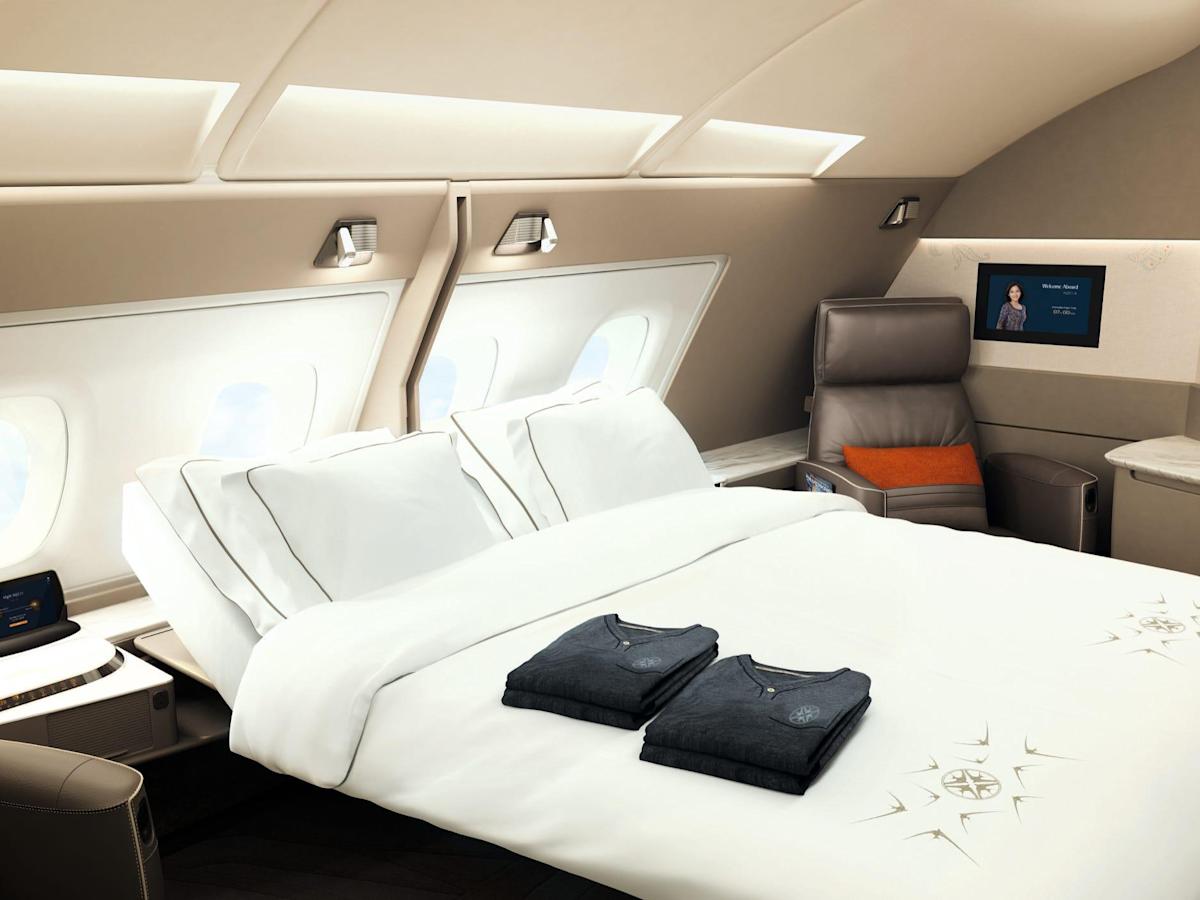 On March 28, Singapore Airlines relaunched its popular route from New York’s JFK airport to Singapore onboard its mammoth A380 aircraft.

The route flies via Frankfurt, Germany, using the Fifth Freedom of the Air, which allows airlines to carry revenue traffic from one foreign country to another and onward to their home nation.

Onboard the A380 is Singapore’s swanky new First Class Suite, which features up to 100 square feet of living space.

The suite is an upgrade from the original A380 first class cabin that debuted in 2007. The old product was fitted onto 19 of Singapore’s A380s but was dropped from service when COVID-19 plummeted passenger traffic.

Since then, Singapore has retrofitted its current A380s with the new suite, which was first introduced in 2017. However, the cabin had not yet come to the US market.

But, now that Singapore has restored its JFK route, travelers can take advantage of the ultra-luxurious cabin.

Singapore vice president of public relations James Boyd gave Insider a tour of the A380 suites at JFK on Sunday, and I was impressed with the size of each room and the thoughtful details.

The six-suite first class cabin is located toward the front of the plane on the second level of the A380, which is reached via a grand staircase.

Upon walking in, I was immediately overwhelmed by the size of each suite, which more resembles a small hotel room than an airline seat.

Inside is a large leather reclining armchair…

…a mirror, noise-cancelling headphones, and a care kit…

…a tablet that controls things like the lighting and window shades…

…a closet and mirror…

…and a bed that comes with cotton linens and fluffy pillows.

Boyd explained there are two different types of suites—single and double. Single cabins have a smaller bed sized for one person.

Meanwhile, double suites can be combined into one. This is done by lowering the wall in between both and connecting the beds.

Single cabins are specifically designed for one person and cannot be combined with another room, Boyd said.

When the room is fully set up, travelers will have access to both the bed and armchair, which can swivel around to different tabletops around the suite.

For example, the dining table can be used for the meal service, which includes dishes like black cod and citrus grilled shrimp salad.

Or, for those who want to work with a view, the chair can swivel towards the window. Here, the storage compartments can close to create a workspace.

Also in the chair is a handheld remote that controls the TV and buttons that adjust the seat’s recline.

Meanwhile, power ports are located throughout the suite.

While the first class suites do not come with a shower, they do have two large lavatories, so six people will share two bathrooms.

One lavatory is smaller than the other, but both are at least triple the size of a standard aircraft bathroom and feature sit-down vanity tables, marble-style countertops, baby-changing stations, and full-size mirrors.

While the smaller bathroom’s vanity table is connected to the sink, the larger lavatory vanity stands on its own.

It actually acts as a divider between where the sink and toilet are, making the space much larger than the other bathroom.

Boyd said the first class cabin is exclusive to its A380 aircraft, so only a handful of flyers will get to experience it. For those that can afford it, the suite will cost upwards of $24,000 for one round trip ticket.