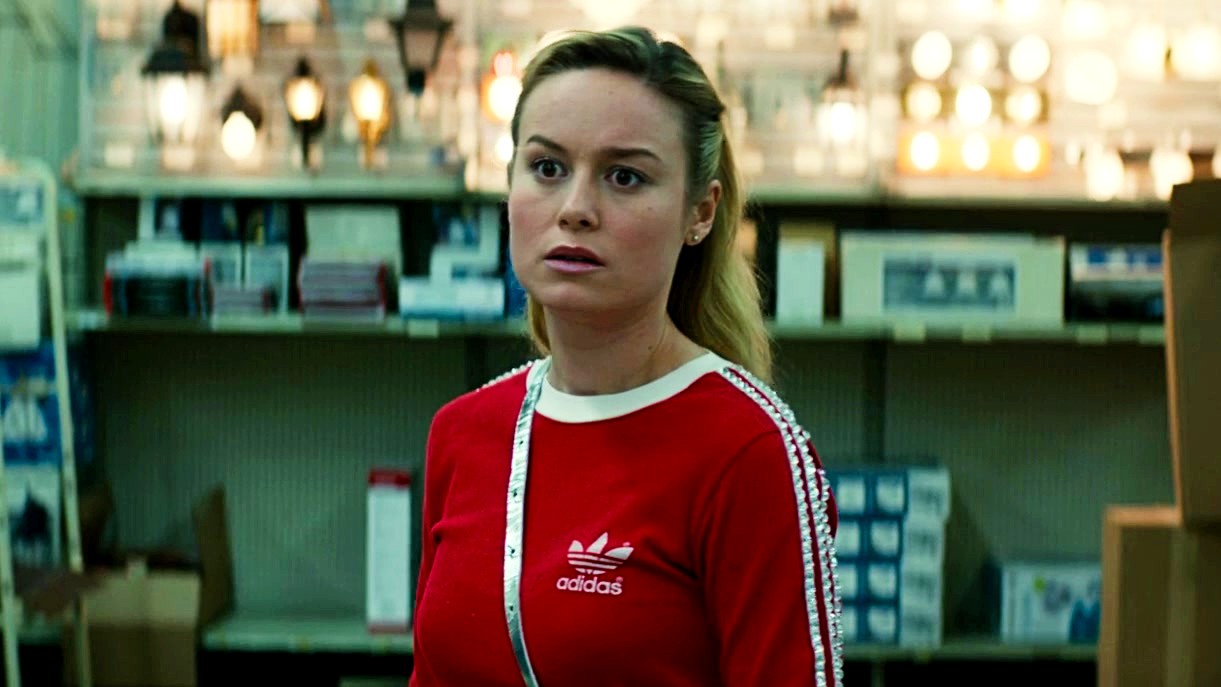 By David Harrison | Published 5 mins ago

Some celebrities would be fine never thinking about social media and just going about their day in whatever manner they see fit, choosing to spend a few minutes (or hours, or days) out of the public eye. Brie Larson is not one of those celebrities. As far as famous actresses are concerned, she has one of the most active Instagram accounts out there with tons of posts updating her life, adventures, movie shoots, and fashion choices. Recently, she highlighted the latter in a post that implies things went quickly wrong when the shoot was over and done with. Brie Larson posted a picture that was taken of her sitting on a bed in a dress that’s covered in polka dots. While the implication is that this was a glamor shot, it might not have been all what it seemed. Check it out:

The reason Brie Larson says that the glamor evaporated quickly is that one can see scrolling through the shots that what begins as an elegant and stately look, sitting and staring off into the distance becomes more playful and silly pretty quickly. Whether this was a shoot for a professional outlet or Brie Larson just messing around isn’t quite clear. What is clear is that fans were here for it, with this series of pictures lining up around what folks have come to expect from her feed.

Though the Brie Larson post went up only a few hours ago, it had gained major traction on Instagram with more than 123,000 likes at the time of this writing. Fans had no problem ringing in their love for what she was putting out there from the fashion choice to the sense of silliness and non-seriousness that comes with this kind of thing. Again, while this is very curated from Brie Larson and obviously intentional in what she is choosing to post, her Instagram feed does remain consistent along these lines. And she’s got a huge following to boot, racking up more than seven million followers on the platform.

As for the big screen side of her career, something she definitely dives into from time to time on Instagram, things are going pretty darn well. She’s got roles in a couple of billion-dollar franchises which is more than most can say at any point in their careers. Brie Larson is set to reprise her role of Carol Danvers/ Captain Marvel in next summer’s The Marvels which will have her story dovetail with Iman Vellani’s Kamala Kahn/ Ms. Marvel.

And that’s not all for Brie Larson. She also has a currently undisclosed role in almost X, the final installation in the Fast & Furious franchise for Vin Diesel and company. What happens with the franchise next isn’t clear and I suppose there’s some chance her character carries on if there are additional spin-offs in the future. We are still waiting to see how that all shakes out. For now, we just have a polka-dotted Brie Larson rolling around in bed.