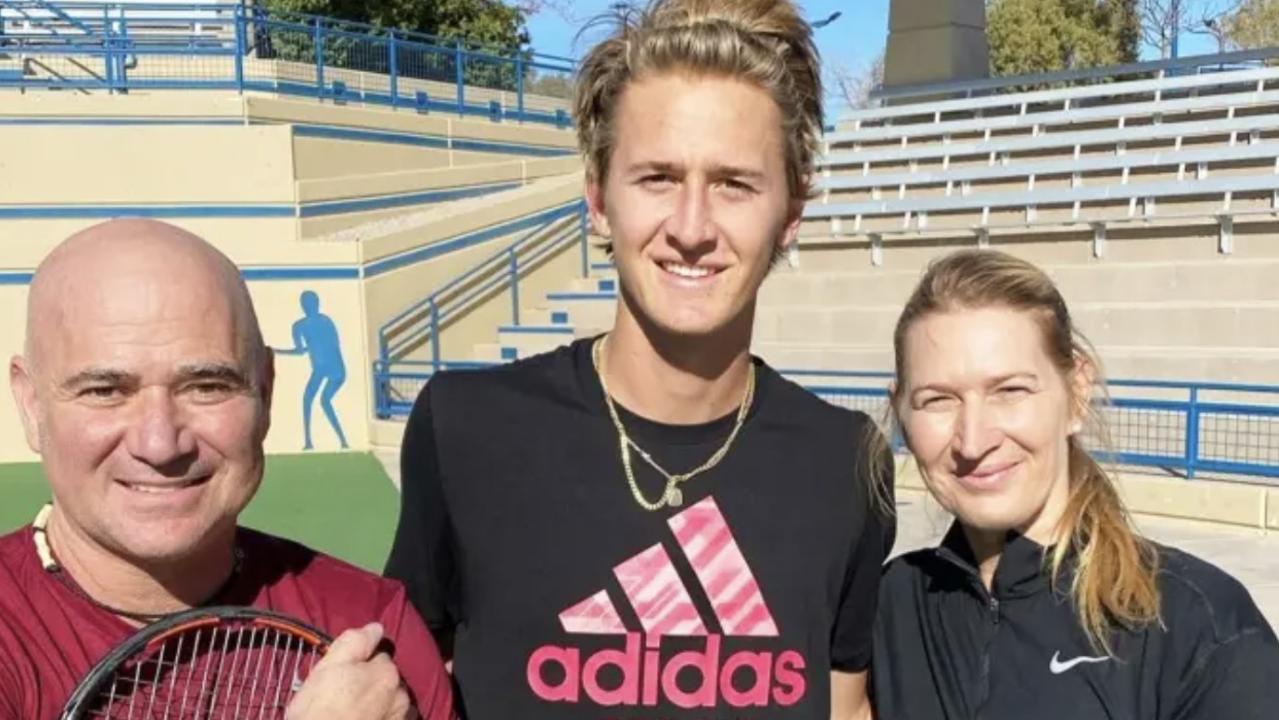 Korda sealed passage to his first fourth round at the Australian Open with a 7-6(7), 6-3, 7-6(4) win over Medvedev, continuing an impressive summer that saw him on the brink of victory against Novak Djokovic in the Adelaide International 1 final.

The 22-year-old said post-match he had received a text from eight-time grand slam champion Agassi – who resides in Las Vegas – a mentor of Korda’s.

“He texted me. He’s going to bed now. That’s the last thing he sent me,” he said smiling.

“He’s one of the most special people in my life. We started talking during Covid in 2020.

“He’s been one of the biggest parts in my rise. Just overall just as a tennis player, as a human being.

“We spend a lot of time together. Yeah, he’s very special to me.”

At 22, Korda has won one ATP title but reached four other finals, with the current world No.31 to hold a career-high ranking at the close of January regardless of results from here.

“I always knew or I always was told how good of a tennis player I can be,” he said.

“Now just getting the right people around me, building a really solid team, just trusting the process.

“I’m growing as a person, as a player. Just trying to do the right things. Just have fun, enjoy it, good things will happen.”

Korda has now reached the fourth round of every major barring the US Open, but will be bidding for a first major quarter-final when he takes on 10th seed Hubert Hurkacz on Sunday.

Despite the enormousness of the win over Medvedev, Korda insisted he kept himself grounded and positive throughout the match and the Australian summer so far.

“I didn’t feel anything during the match. I just kind of really, really worked hard on just zero negative thoughts,” he said.

“I mean, throughout this whole year, I haven’t had one negative thought, whether it’s waiting for transportation to go to the courts, whether it’s eating lunch, whether it’s doing anything.

“That’s one of the biggest things is kind of just having a new motto of, like, positive energy is more positive than negative energy. As soon as you get something negative, it can take you the opposite direction.

“Yeah, anything that happens, just thinking in the most positive way possible, just going forward. Same thing in the match. Losing my serve after being 40-15 up, you know, it’s okay, next point. Don’t worry, keep going, do your thing.”