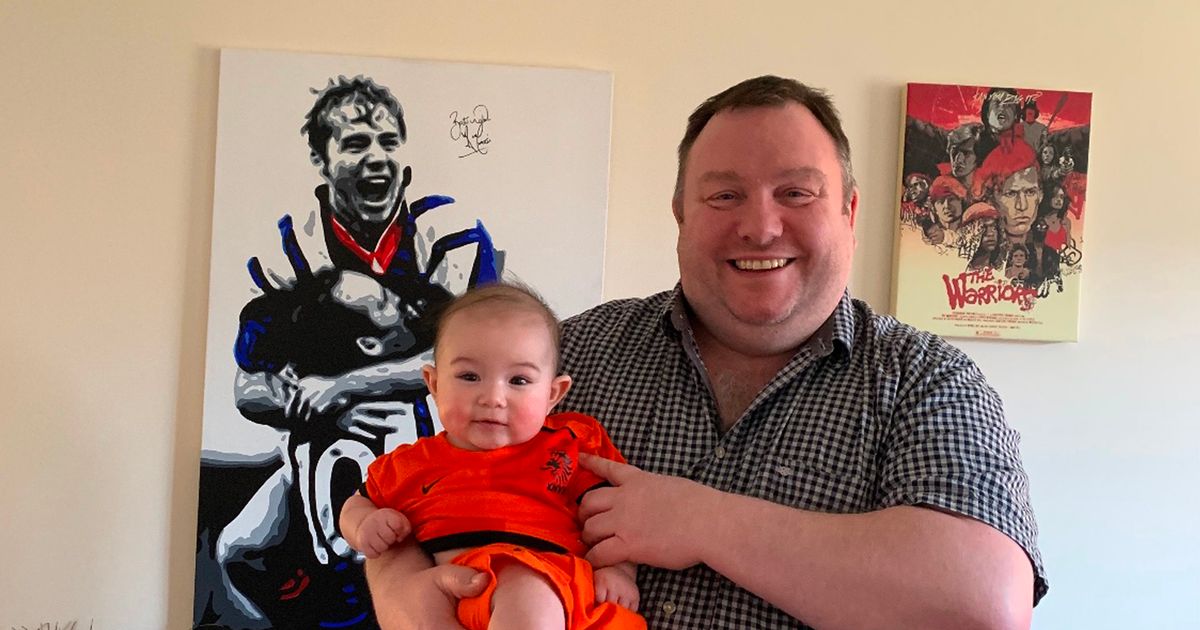 A Scottish father lost a staggering 12th place after being too obese to get out of bed and help his baby after a fall.

In June 2020, Neil was devastated after being unable to help his son – Harry, now two – who fell out of bed when he was only eight months old.

Neil said, “I’ve worked away from home my whole life and it got me to have hotel food, pub food, a big breakfast, and the weight just went on.

“I had my first child, Alistair, in 2012 and I wasn’t active enough with him at all – it made me feel very depressed and I got pretty depressed and upset.

“I had my second child Harry in 2019 and when he was eight months old we were lying in bed together watching TV when he got up and quickly stumbled to the edge of the bed and fell headfirst.

“It happened in a split second and when he fell I thought he had broken his neck and couldn’t get up to help him.

“Luckily he was fine and when I got to his place he was laughing at me, but in that moment I knew I had to do something about my weight.

“I joined The 1: 1 Diet by Cambridge Weight Plan and the weight just dropped over time – I’m like a new man.”

Neil, who was in XXXXL clothing at the time, was devastated after he was unable to play with his children Alistair (9) and Harry (2) due to his weight.

He explained, “I wasn’t active enough with my oldest Alistair when he was younger, and I still made the same bad lifestyle choices and mistakes with my youngest Harry.

“My kids made me lose weight because I couldn’t be idle for them and it was a bad example.

“Now I’m much more active with them.

“I used to not play with them, I just watched them, but now I join them, take them for walks in the park, go swimming with them, play soccer and climb and we just spend so much more time together.”

Neil initially reduced his calories to 1,000 a day while following the 1: 1 diet, swapping takeaways for homemade meals and vegetables.

“But when the weight went down, I didn’t find the diet difficult and the calories gradually increased.

“I had chicken, lots of vegetables, fish, steak, and some of the Cambridge Weight Plan products like soups and bars to make sure I was getting all of the nutrients I needed.

“My wife Ann and my parents were so proud and overjoyed and it changed my life so much.

“Looking ahead, I am now working, with the help of my advisor, to maintain my weight loss.

“Although the main drive was to lose weight and feel healthy, I want it to stay that way.

“I’ve managed to stay since reaching my May goal and still have access to help and support from my advisor.”

Early in the morning – two to four slices of toast with butter and / or jam with coffee (two sugars) or a can of drink usually Irn Bru, Cola or Fanta.

Lunch – Fish and Chips / Lasagne and Chips / Rice and a curry with the appropriate bread or side dishes. Everything with two cans of Irn Bru, Cola or Fanta. All lunch breaks would include either a bar of chocolate or a packet of chips.

Dinner – Hotel or local take-away food such as pizza, kebab, KFC, McDonalds, etc. and a can of drink.

Evening time – two beers then later a snack in the hotel, for example a bag of chips and chocolate.

In the morning – either porridge / the 1: 1 diet soup, coffee with milk and a piece of fruit.

Lunch – Rice Sweet Potato or Rice Cauliflower with a Savory or Step-Up Meal from The 1: 1 Diet, side salad and a protein bar or yogurt.