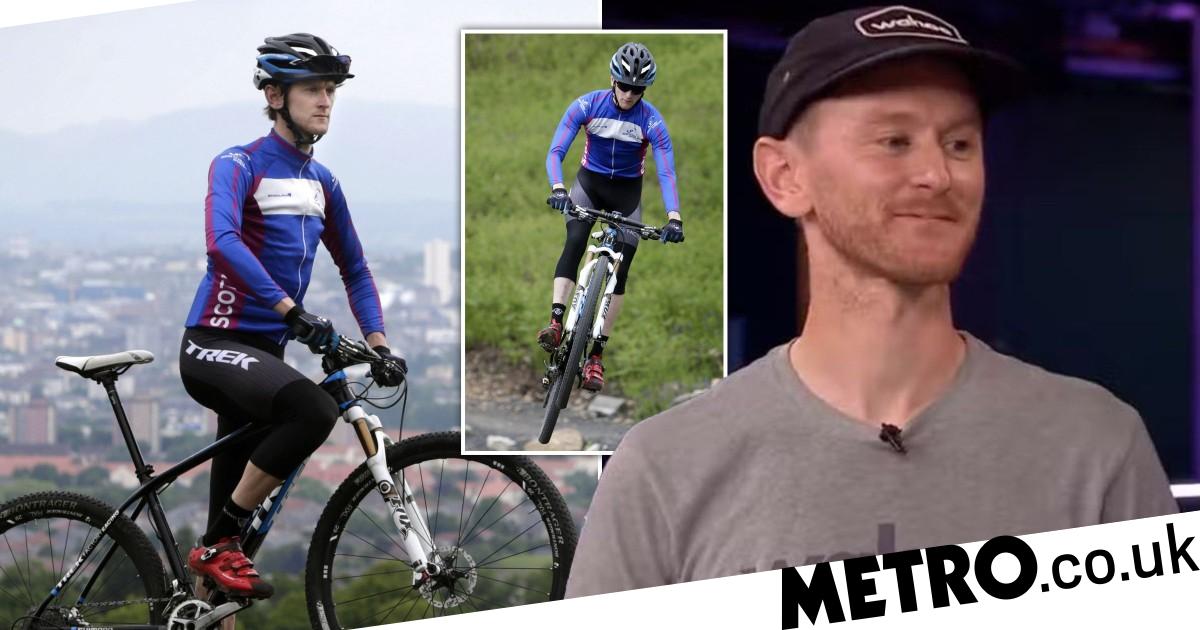 Rab Wardell took the top prize at the Scottish MTB XC Championships in Dumfries and Galloway at the weekend.

The 37-year-old suffered a heart attack at home just 48 hours after his triumph.

He had appeared on BBC Scotland hours earlier to discuss his career-high victory.

His partner, Olympic champion cyclist Katie Archibald, confirmed the heartbreaking news and that she tried to save hime when he suffered a heart attack in bed.

She wrote in a tribute: ‘I think you’ve heard that Rab died yesterday morning.

‘I still don’t understand what’s happened; if this is real; why he’d be taken now – so healthy and happy.

‘He went into cardiac arrest while we were lying in bed. I tried and tried, and the paramedics arrived within minutes, but his heart stopped and they couldn’t bring him back. Mine stopped with it.

‘Thank you to those making tributes. I can’t bear to talk about him in the past tense to say anything myself. You mean everything to me, Rab. I love you.’

His recent success capped a rise which saw him turn professional after realizing he was good enough to compete with he best at his lifelong hobby.

He previously represented Scotland at the Commonwealth games and competed at the UCI mountain bike world cup.

Rab had raced on every continent on the planet and also coached other riders.

The win at the weekend was described as a ‘show of incredible resilience’ after he overcame three punctures and surged from the back of the field to win the race.

Rab was born in Dunfermline but was living in Glashow at the time of his death.

Confirming the news on Twitter, a Scottish Cycling spokesperson said: ‘We are devastated to confirm the news that international mountain biker & former employee, Rab Wardell, has passed away today.

‘We have very little information at this stage, but we send our love & support to his family, friends & all those in our community who knew him

‘We ask that you respect Rab’s family’s privacy at this incredibly sad time.’

‘Rab was a brilliant rider, friend and ambassador for our sport, and will be sorely missed by so many.

‘Our thoughts are with his family and many friends at this incredibly difficult time.’