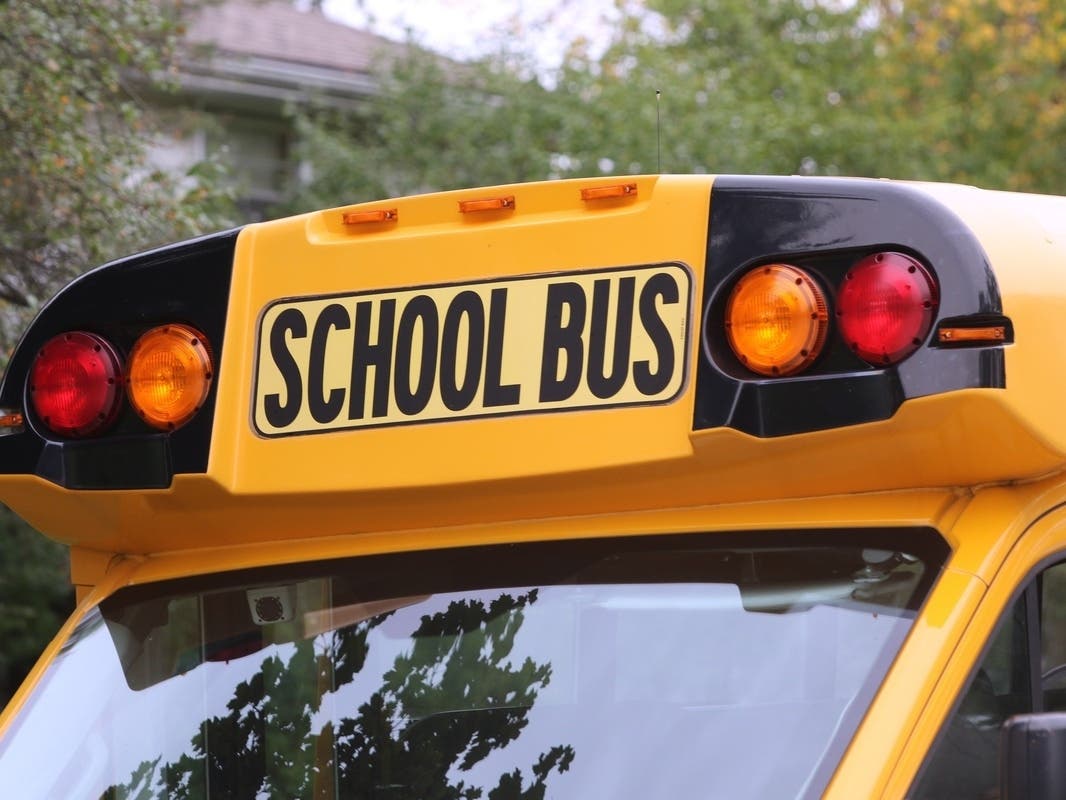 BED-STUY, BROOKLYN — A school bus company whose drivers illegally spewed dangerous pollutants into the air around a Bed-Stuy school will be taken to court by the attorney general, her office announced.

One of the companies — all of which are owned by the same family — was caught running its buses’ engines more than the legal time limit 285 times near PS K140 on Macon Street in just three months, according to the lawsuit.

New York environmental law prohibits “heavy-duty vehicles” like school buses from idling more than a few minutes at a time, particularly near schools.

“Today we’re seeking justice for all communities that have to breathe this dirty air day in, and day out,” James said at a press conference in front of the school. “This community, these families, these children — they deserve better and we must protect them.”

Two of them, 3rd Avenue Transit and Jofaz, were already caught once before violating idling laws and ordered by the attorney general to train staff on the policies, James said.

In James’ most recent investigation, she found Jofaz buses idling for at least 10 minutes 82 different times near a bus yard in Red Hook between September and December 2019, according to the lawsuit.

At the Bed-Stuy school, 30 different Jofaz school buses idled or at least 10 minutes each a total of 285 different times over 65 days, her office said.

The violations are particularly troubling given they unfolded in low-income communities and communities of color, which are often disproportionately impacted by pollution, the AG said.

In Red Hook, the bus yard is near the Red Hook Houses, the largest public housing development in Brooklyn.

In Bed-Stuy, the area surrounding PS K140 is in the 92nd percentile in the country for levels of diesel particulate matter and has childhood asthma rates in the 70th and 80th percentile, according to the AG. The school’s students are 90 percent Black and Latino.

“We do not talk enough about environmental racism and the impact that actions like those done by these bus companies have on our Black and Brown youth,” said state Sen. Jabari Brisport.