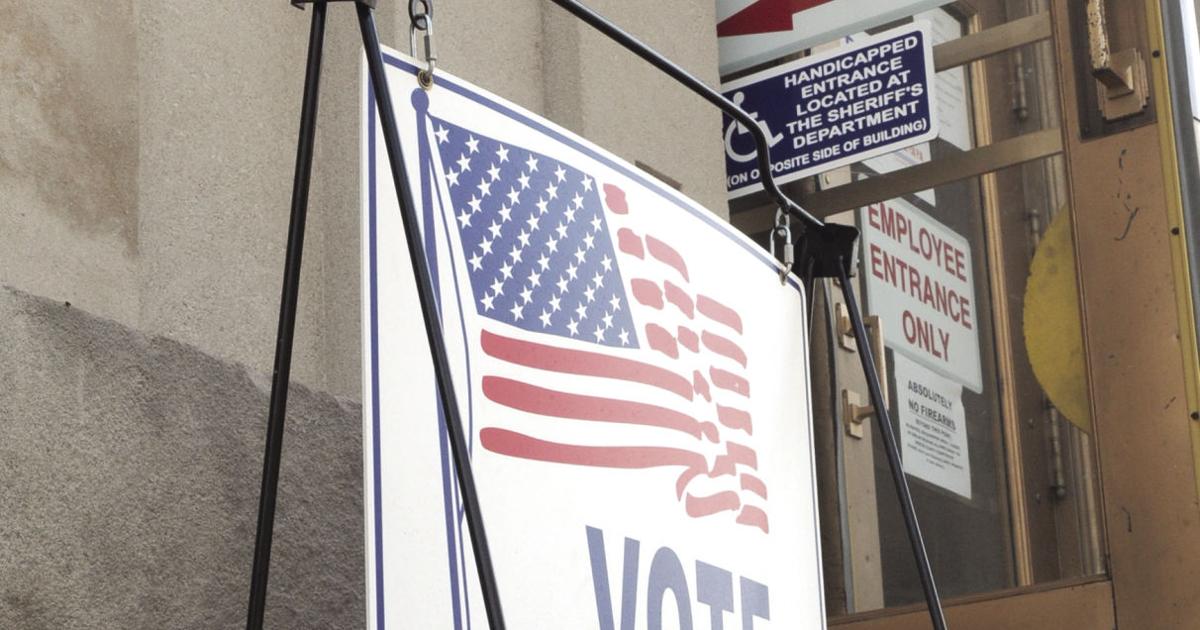 BLUEFIELD — Starting at 6:30 am today West Virginia voters can go to the polls and cast their ballots in the 2022 Primary Election.

West Virginia Secretary of State Mac Warner said Monday voters should make sure they know where their polling location is this year.

“This election will be the first election held after the legislature and counties redesigned the political districts and precinct boundaries due to the 2021 Census,” he said. “We now have 100 single-member Houses of Delegates districts. These changes may impact where voters vote and which candidates appear on their ballots, so it is very important for voters to make a plan for voting and be prepared to cast their ballot.”

Registered voters should have received the information by mail but can go to govotewv.com and click on interactive map to make sure of the correct voting precinct.

While some ballots either have Democratic or Republican primary races, all have non-partisan races that are decided today, not in November.

That includes school board members and magistrate positions.

However, for the Mercer County School Board race, 15 candidates are running for three seats on the board.

Candidates are Pat Watkins and Bruce Barilla in District 1.

In a complicated scenario, the top three overall vote-getters win. However, in District 2, only two seats are available so no more than two candidates could win even if three candidates got the most votes. That means the fourth place finisher would win or the next highest vote getter from another district.

In District 3, only one seat is available so no more than one candidate can win a seat.

Board member Gene Bailey from District 3 did not file to run for reelection.

Board members Paul Hodges (District 1) and Jim Bailey (District 3) are not up for reelection this year.

Only one county contest has two members of the same party running against each other for the nomination.

Incumbent County Commissioner Bill Archer is the only Republican to file and Jeff Dissibio, President and CEO of the Chamber of Commerce of the Two Virginias, the lone Democrat seeking the nomination for that seat so they will face each other in November.

Mercer County Clerk Verlin Moye filed for the Republican nomination to run to retain his office, the only candidate for either party.

In the 37th House District, which is the new district that covers the Bluefield area, incumbent Del. Marty Gearheart is the only candidate to file for the GOP nomination for that seat.

“Skip” Crane is the lone candidate seeking the Democratic nomination to run for the 37th District seat.

They will face each other in the November General Election.

Incumbent Del. Joe Ellington has filed to seek the Republican nomination to run for the 38th House District seat, which covers the Princeton area.

Tina Russell, who ran in 2020 for one of the three Mercer County seats in the 27th District at the time, is the only candidate for the Democratic nomination to run for the 38th District seat.

Incumbent Del. Doug Smith is the only candidate for the GOP nomination in the 39th House District, which covers part of Princeton and the Athens area.

No Democrat filed to run in the primary for that seat.

Some voters who live in the upper edge of Mercer County bordering Summers County and part of Raleigh County will vote in House of Delegates District 41.

At the state level, several candidates are running for the Republican nomination for the First Congressional District.

Because of a population loss, West Virginia now has only two Congressional districts rather than three.

Incumbent Republican 3rd District Rep. Carol Miller is running for what is now the 1st District seat, which serves most of Southern West Virginia.

Miller, who lives in Huntington, is being opposed to the GOP nod by Scott Fuller of Kenova, James Edwin Houser of Mount Nebo, Zane Lawhorn of Princeton and Kent Stevens of Milton.

The winner will oppose Bluefield resident Lacy Watson, who is the only Democrat on the ballot for that seat, this fall.

In state Senate District 6, three Republicans are running for the nomination to oppose Democrat Tiffany Clemins.

In Monroe County, three Republicans have filed to run for the GOP nomination for County Clerk to replace Donnie Evans, who is retiring.

Brandon Eggleston of Sweet Springs, Jeremy Meadows of Lindside and Angela Miller Taylor of Lindside are all seeking the GOP nomination. No Democrat filed.

Three Repulbicans and one Democrat have filed for the nomination to run for the Monroe County Commission Eastern District seat.

Incumbent Kevin Galford of Lindside has filed for the Republican nomination along with Clyde Gum Jr. of Gap Mills and Joey Hazewwood of Lindside.

Kevin Glover of Gap Mills is the only candidate seeing the Democratic nomination.

In the non-partisan Board of Education race, three seats are available and five candidates have filed.

This race will be decided on May 10, not in November.

Incumbents Everett Lee Fraley II of Gap Mills and Candy Sabol of Union have filed for reelection. Also on the ballot are Blaize Ferguson of Peterstown, William E. (Bill) Miller of Peterstown and Terry A. Utterback of Peterstown.

In the Circuit Clerk race, two Democrats are seeking the nomination: Incumbent Clerk Leta Gullette-Comer of Lindside and Teresa Brooks of Greenville.

Daniel Tickle of Peterstown is the only Republican to file for that party’s nomination.

In the 40th House of Delegates District, incumbent Roy Cooper has no opposition for the GOP nomination.

He will face Democrat Becky Crabtree in November.

No Republican filed to run for the seat.

Two candidates filed for their party’s nomination to run for the Browns Creek seat on the McDowell County Commission.

Incumbent Democrat Michael D. Brooks and Republican, and former sheriff, Martin B. West will have no opposition in the primary and face each other in November.

incumbent Circuit Clerk Francine Spencer, a Democrat, is the only candidate of either party to file to run for that seat.

Eight candidates have filed to run for three seats in the non-partisan McDowell County Board of Education race.