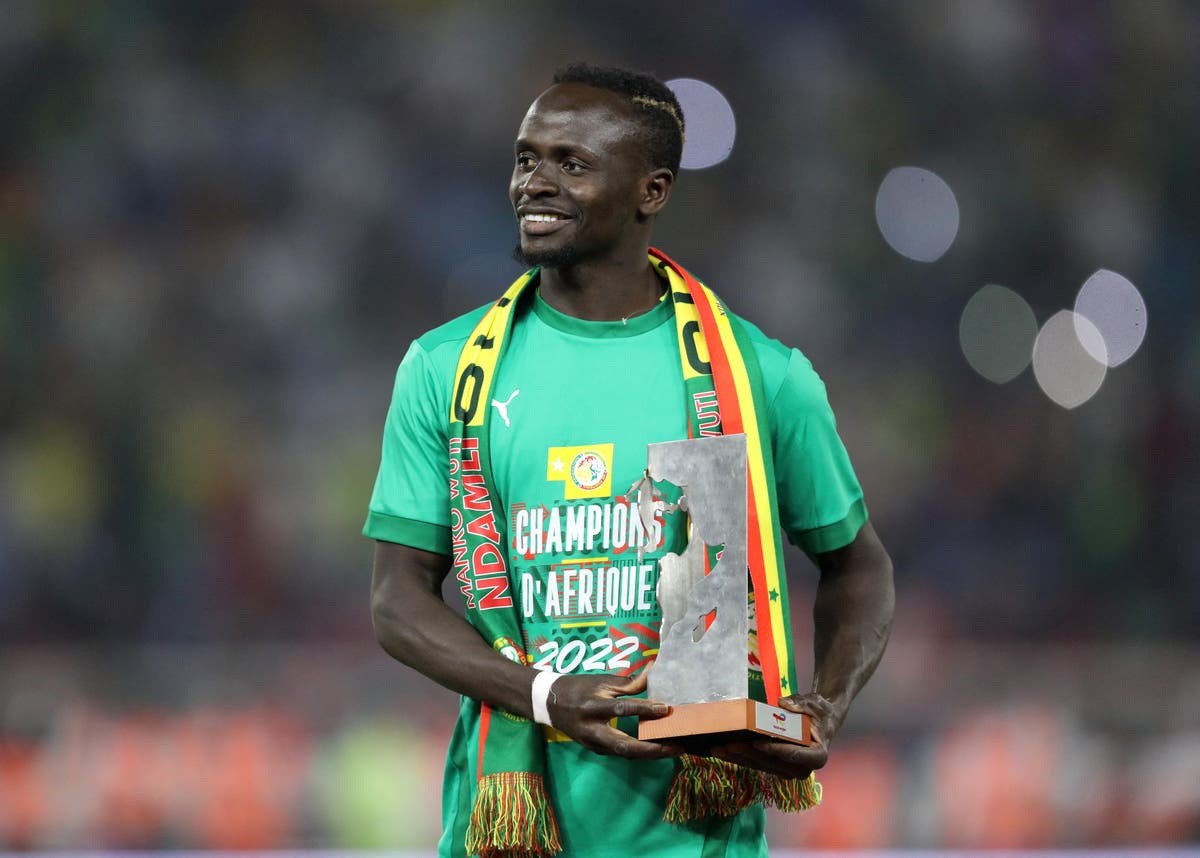 adio Mane posted a photo of himself snuggled up in bed with the Africa Cup of Nations trophy the morning after Senegal’s penalty shoot-out win over Egypt.

It was the Liverpool striker who scored the winning penalty after a 120-minute 0-0 draw, a feat that also earned him the Player of the Tournament award.

Senegal had never won the AFCON crown, having lost in the finals in 2002 and 2019. But that wait was ended in beautiful style after Edouard Mendy saved Mohanad Lasheen’s penalty to set up Mane’s grand final.

On Monday morning, Mane posted a series of footage from his hotel room with the trophy next to him and the winner’s medal around his neck, with the caption “Alhamdoulilah” – or “Praise be to God”.

Another man to celebrate was Senegal coach Aliou Cisse, who went down on penalties in 2002 but guided his country to victory in Cameroon.

Cisse told reporters: “I’m an African champion. It was long, it was difficult, complicated at times, but we never gave up.

“I dedicate this victory to the Senegalese people. We’ve been chasing this trophy for years. Today we are allowed to put a star on our jersey.

“Winning the Africa Cup of Nations in Cameroon has a special meaning. Beating Africa’s most successful team is another symbol.

“We have been working on this for almost seven years. Good job folks.”