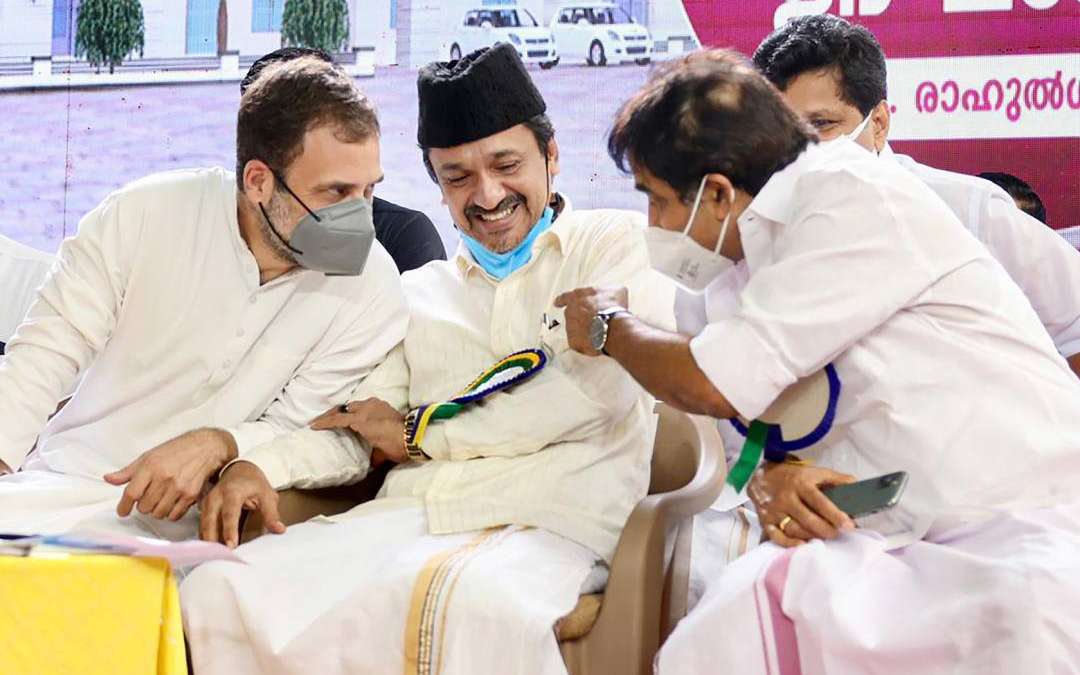 With a generational change in the state leadership of the Indian Union Muslim League (IUML), Sadiq Ali Shihab Thangal will be looking to replicate the success of his brother. Sadiq was temporarily in charge of the party while Hyderali was undergoing treatment. He organized the mammoth rally in Kozhikode on the Waqf Board appointment controversy. However, it has not been an easy time for him. Neither is the way forward.

Sadiq Ali takes up the mantle at a time when the Muslim League is going through turbulent times. The party has been out of power for the last six years in Kerala. CPM, the ruling party in the state, has indicated that it has no plans to welcome the League into its camp. But at the same time, the comrades have been planning and executing schemes after schemes that will see an erosion in the mass base of the League.

The way CPM has been building up bridges with the Samastha, definitely sends alarm bells across the territories of the League. On the other hand Congress, the major partner in the UDF, is ridden with factionalism and group wars. Sadiq Ali, a leader of immense political experience, should be reading the writings on the wall rightly. The challenges with in the Muslim community also demand deft handling.

The 56-year-old leader had a stint in the youth wing of the party as its president for five years. ”I know the responsibility is huge and challenging,” he told Mathrubhumi.

However, his role inside the party has always been a subject of debate. His outspoken attitude had often left him vulnerable in various issues. His name was often dragged into the public forum when the party faced internal feuds, which was rather unheard of in a party like the League. Sadique’s controversial article on the Hagia Sophia mosque in Turkey had irked Christian religious groups in the state. It remains to be seen how Sadiq Ali will handle the Haritha issue, differences with the Samastha, the management of Chandrika daily, and the party’s future in UDF.