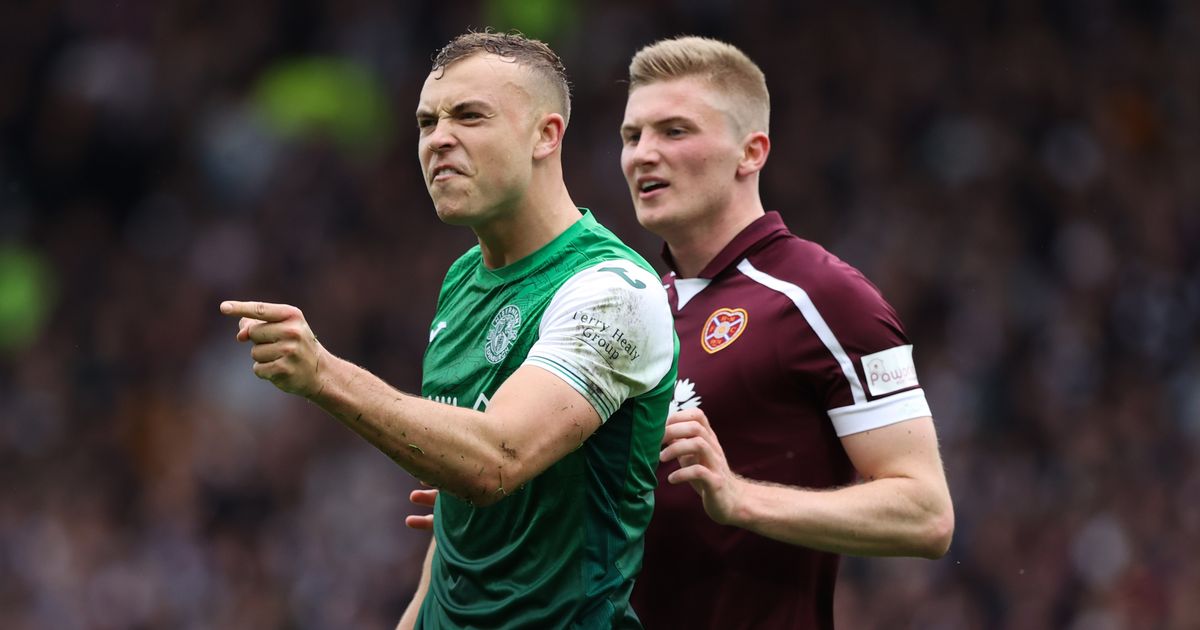 You’d think Hearts would have been content beating rivals Hibs on the pitch this season.

But now they’ve taken to trolling their old foes on social media.

The Jambos managed two wins from their double-header against the Hibees earlier this month including one of the victories coming in the Scottish Cup semi-final at Hampden.

Their social media team certainly won’t forget that day in a hurry, nor will punters.

And on TikTok the Gorgie club brutally trolled Ryan Porteous with a bizarre clip from that Hampden clash.

Showing footage from that day Hearts picked a clip of Ellis Simms running at the defender and leaving him on his backside.

And when Porteous ends up on the deck, Hearts’ admin decided to pause the footage to add a pillow and duvet to their rival and audio clips of snoring.

They captioned it: “Bed time for some” with ‘ZZZZZ’ coming from Porteous.

It has racked up almost 9000 likes and has been viewed more than 77,000 times since it was posted.

One fan wrote: “Edinburgh is Maroon,” while another added: “Absolutely phenomenal patter.”

It’s not the first time Hearts have mocked their rivals this season after earlier reminding them of the infamous “relegation party”.

For your chance to win HOME tickets to Cinch SPFL matches each week across ALL FOUR divisions just enter our competition below. You can enter once each week to be in with a chance of winning. If the form isn’t working (CLICK HERE)…Good Luck!