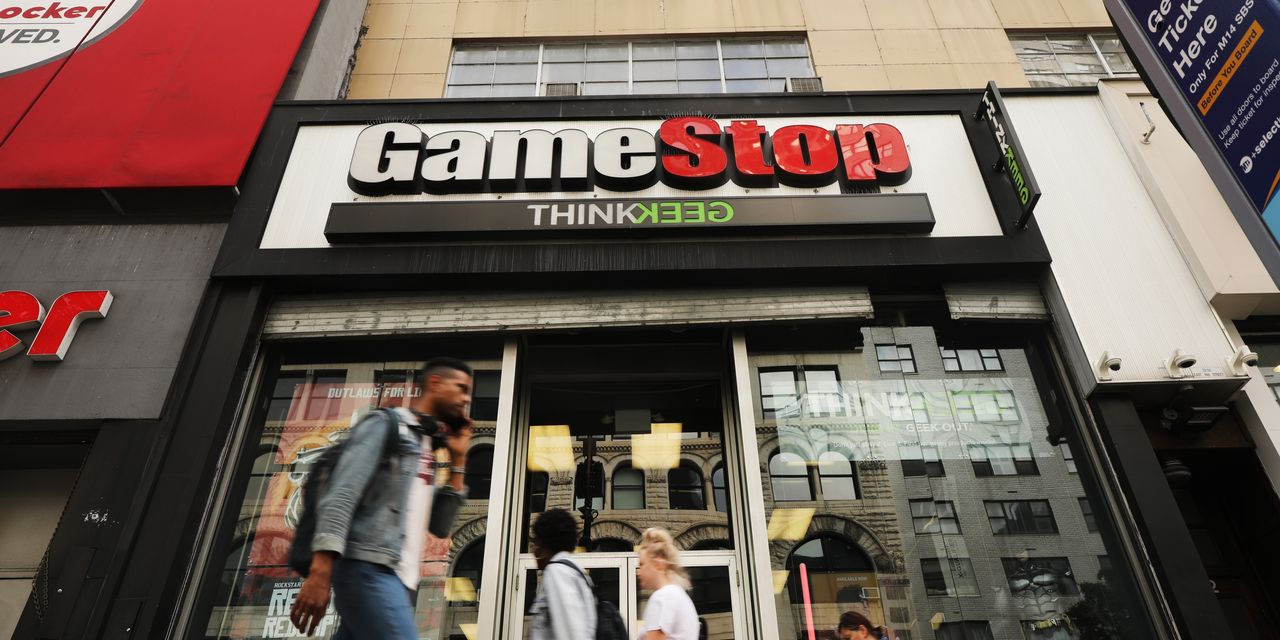 Ryan Cohen has been pushing for transformation at

ever since he took a sizable position in the stock in 2020 and then became chairman in 2021.

GameStop shares are up 470% since Cohen joined the company’s board in January 2021.

But Cohen has been mostly mum on his plans to turn around the videogame retailer. That makes his letter on Monday to the board of directors at Bed Bath & Beyond particularly notable. It gives investors a rare look at how the Chewy co-founder thinks about turnaround efforts.

posts and memes—came at a June 2021 address to shareholders when he outlined goals of delighting customers and driving shareholder value for the long term.

“You won’t find us talking a big game, making a bunch of lofty promises or telegraphing our strategy to the competition,” Cohen said at the time. “That’s the philosophy we adopted at

He concluded those GameStop remarks with “Buckle up.”

Nearly nine months since that meeting, GameStop shares are down by more than 50%. On Monday, as

shares soared 30% on Cohen’s involvement with the company, GameStop was down 9%. That suggests GameStop shareholders are nervous about Cohen’s new corporate interest.

“From our vantage point, Bed Bath’s strategy looks far better in a PowerPoint deck than it does in practice,” Cohen wrote. “It is full of ‘principles’ and ‘pillars’ that high-priced management consultants probably thought would place information-hungry analysts and satisfy shareholders.”

Sure enough, GameStop’s own plan, while popular among Reddit users and true believers, has lacked the details to place analysts.

“My view is Cohen has no plan for GME, is frustrated at his inability to make anything happen there, and is onto the next shiny object,” Wedbush analyst Michael Pachter told Barron’s.

But the company has taken steps to hire executives with e-commerce experience, invest in fulfillment, customer care, and nonfungible tokens, and revamp its offerings and technology stack, among other initiatives behind the scenes.

On guidance and financial targets

In his letter, Cohen called the company’s decision to provide an outlook for fiscal 2021 a mistake, especially after the firm was forced to cut its guidance.

“In light of our long-term focus, we are not an investor that demands guidance,” Cohen writes. “In fact, we appreciate that Apple, one of our long-term holdings, suspended guidance amidst pandemic-related uncertainty and has never given away a detailed strategy for all of its competitors to see.”

The comment could explain why GameStop has declined to reinstate guidance. CEO Matt Furlong has said the company is investing in growth initiatives and is currently focused on improving sales and grabbing market share, rather than padding its bottom line.

On public comments and interviews

Cohen’s lack of public commentary has frustrated Wall Street, but the executive seems to think it’s a poor use of time.

“We dislike when a management team spends time accommodating Wall Street, engaging with television pundits and telegraphing forecasts to the competition,” he says in his letter. “We believe management’s time is best spent focusing on execution that drives a better customer experience and tangible value creation.”

Of course, public appearances and earnings call question and answer sessions can be valuable to investors, and provide goal posts to measure executive performance.

On his commitment to GameStop

While Cohen’s Bed Bath stake could be viewed as a distraction among GameStop investors, the letter’s conclusion signals he remains very focused on the original meme stock.

“Given that I am the Chairman of GameStop and overseeing a systematic transformation, I am not in a position to join Bed Bath’s Board and personally drive the initiatives outlined in this letter,” Cohen wrote. “This does not mean, however, that RC Ventures will not seek to hold the Board and management accountable if necessary.”