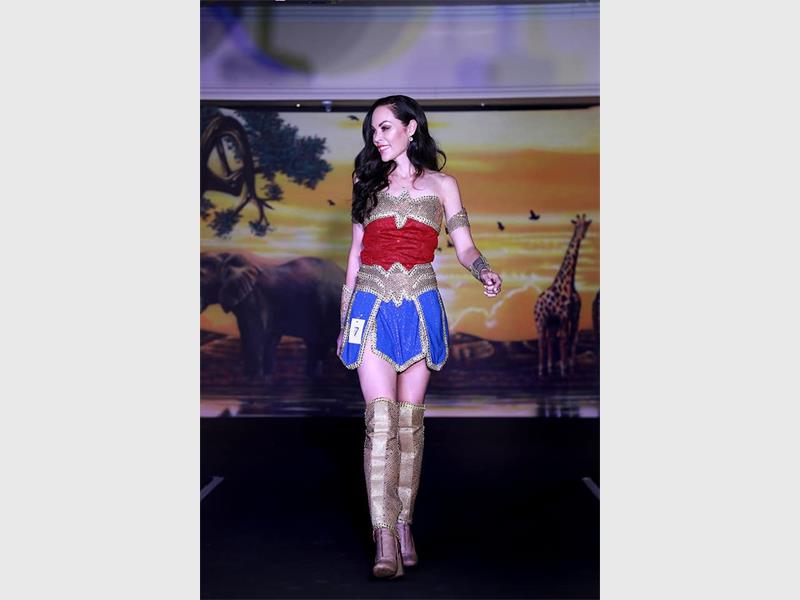 If beauty is skin deep then determination comes from the bones and miracles manifest in the spirit.

Exuding an outward positivity that belies years of trauma, Lizelle Kachelhoffer appears to walk on air. Facing insurmountable odds she found a flicker of light after a long walk through a darkness filled with pain and suffering. Unthinkable less than a year ago, Lizelle was crowned Mrs Mzantzi Africa 2022 on April 30 in the triumphant return to pageantry that is nothing short of miraculous.

Diagnosed with lupus and Sjogren’s Syndrome 19 years ago, Lizelle has fought past personal strife that many would have succumbed to. Having been in and out of doctors rooms for two decades, she has survived three embolisms, had part of a lung removed and spent months in an ICU ward. Additionally, Lizelle is permanently on chemotherapy and blood thinners, while taking over 50 tablets a day for a variety of complications.

The lowest point of Lizelle’s living nightmare began two years ago when she lost her entire large intestine, rectum and coccyx in an eight-hour operation. After three months in ICU she spent six months lying in her bed in her own faeces and by the time she could walk again she weighted just 39kg. With the help of her husband and her teenage son, Lizelle has fought her way back from the brink of death to a crowning victory.

Having limited experience on the runway but an instinctive feel for pageantry, Lizelle entered Mrs Mzantzi Africa.

“I wanted to feel beautiful again. I wanted to get my confidence back and I wanted my husband and my son to see me in something other than my pajamas or a hospital gown,” said Lizelle.

“I think you can be as beautiful on the outside but if you are ugly on the inside then you are ugly”.

Now granted a platform to create change, Lizelle has taken on Poverty Sucks, a lollipop-selling charity near Magaliesburg and an impoverished settlement in Kromdraai.

As well as focusing on community projects, the platform allows Lizelle to be a voice and inspiration for those suffering with autoimmune diseases. “I want people to realize that lupus is a life-threatening, awful disease. People should have compassion if someone has lupus or Sjogren’s because we live day by day,” said Lizelle, adding that emergencies of a personal nature can often raise the unintentional ire of strangers.

Having dealt with a lifetime of pain, Lizelle hopes to use what time she has at her disposal to be a role model for the forsaken.

“I want people to know that anything is possible. Despite your circumstances, no matter how bad it is that you can still make your dreams come true.” Defiant, Lizelle inspires others to rise, saying “Don’t become that illness, live with that illness. I know that I am not lupus or Sjogren’s, I am so much more than that.”