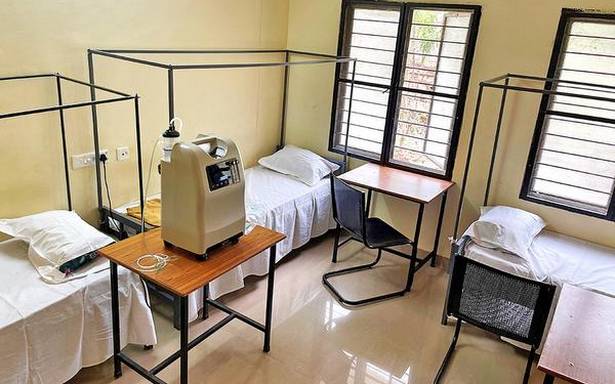 Private hospitals are concerned about the government. pays for beds when they are left unused

Private hospitals in Karnataka are again facing a confrontation with the state health ministry over reserving 50% beds for government-recommended COVID-19 patients.

Although the state government has ordered private hospitals to reserve 50% beds for COVID-19 patients with state quota, management of private hospitals said it may take a few weeks for the system to start as they already have other non-COVID patients have recorded.

While hospitals are not against providing beds for the government-recommended patients, their main concern is whether the government will pay for the beds if they go unused.

“In both the first and second waves, we demanded payment of at least 25% of the fixed costs per day for each unoccupied bed. But that wasn’t paid for. Setting beds aside doesn’t mean we’re just releasing the bed. It comes with adequate human and other medical resources. Will the government at least pay us for the unused beds this time, ”asked HM Prasanna, President of the Private Hospitals and Nursing Homes Association (PHANA).

“Although we don’t mind reserving 50% like last year, beds in most hospitals are now occupied by non-COVID-19 patients. We can’t suddenly fire her. I will write to the government on Saturday to inform them that beds can be released in stages as the beds become free. It will be at least another 10 days before we do this, ”he said
The Hindu.

There had been cases where officials closed several hospitals’ outpatient departments that did not comply with the order.

Dr. Prasanna said PHANA asked BBMP Commissioner Gaurav Gupta to ensure that such “ugly scenes” are not repeated this time.

However, state health commissioner D. Randeep said there was no concept of paying for unused beds. “We told the private hospitals to cooperate and release the beds immediately. This is not the first time they have been asked to do so, ”he said.

He noted that while hospitals had been instructed to vacate the 50% beds by Friday (Jan. 7), he said enforcement was not immediate given the number of cases that required hospitalization is current is not too high.

“But that doesn’t mean they can fail to obey government orders. You have to do it right away as we cannot take this wave lightly. The infection won’t be mild for everyone. A significant number will continue to have to be hospitalized as the absolute numbers will be much higher this time, ”added the Commissioner.