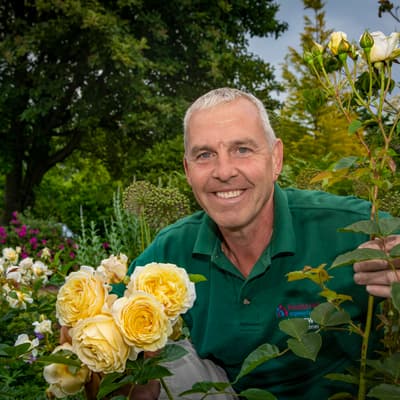 A bed of roses has been planted in tribute to one of Britain’s first black gardeners who was raised at Criccieth.

Buckingham Palace has a rose to honor the life story of John Ystullyn, and now care organization Pendine Park has planted a bed of 18 roses that were bred in his honour.

John was abducted in western Africa in the 18th century and raised in Criccieth. A striking yellow bloom now takes pride of place outside Pendine’s Bodlondeb center in Wrexham.

The rose went on display for the first time at this year’s RHS Chelsea Flower Show and was bred by Harkness Roses, Hertfordshire.

When John Ystullyn was abducted, Britain was still engaged in the transatlantic slave trade, which is how he is thought to have arrived in Gwynedd. Early in his life he was taken by the Wynn family to its Ystumllyn estate in Criccieth. He was christened with the Welsh name John Ystumllyn and learned to speak English and Welsh and worked as a gardener on the estate.

The campaign to have the rose bred was led by Zehra Zaidi, who founded the group, We Too Built Britain, which tells the stories of under-represented people.

Planting the roses outside Bodlondeb has been a labor of love for head gardener, Andrew Jones. He said: “As a gardener myself, the fact that it’s commemorating a gardener is quite meaningful for me.”