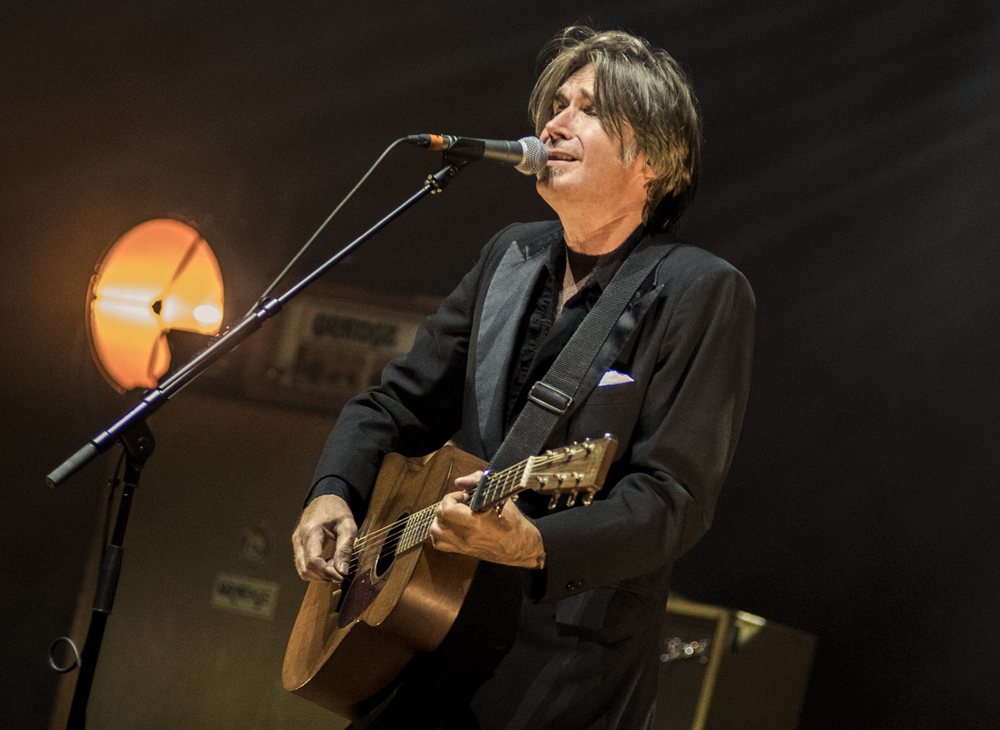 DECENT ratepayers were delighted to see Del Amitri frontman Justin Currie confess that, one hour after a gig, he’s safely tucked up in bed. Horlicks wasn’t mentioned, but you can safely assume it.

A report contrasted this agreeable decency with previous “excess”, but closer reading revealed even this had largely consisted of staying up late, drinking beer and smoking tabs. I’ve heard of worse in the history of rock.

You say: “Well, Justin is in his fifties noo, ken?” That is a good point, well put. But he still came after the era of real excess prosecuted by macho dinosaurs of the hard rock era, the one with which I’m most familiar.

However, even when I was young and had elvish hair down to my 28-inch waist, I never approved of rock stars’ hedonistic lifestyles. When I read of the trashing of hotel rooms, I lamented the waste of good table lamps and duvets.

I was uncomfortable with bands undermining the moral status of female followers and, on stage, deplored the Who’s Pete Townsend smashing his guitars and Jimi Hendrix setting fire to his. They should have been found at the sheriff court.

But I don’t think today’s young musicians would be given to post-gig excess. Today’s young are earnest and concerned, which is it to their credit. But they are also hard and hateful, which is not. I’m generalizing wildly but truth lies – as it were – in generalisations. It’s detail that misleads. That’s why I never go into it.

You say: “What about the Sex Pistols? They were full of hate.” I wish you’d shut up. I think the Pistols were more sneering than hateful. There was an element of reckless, if spiteful, fun about them. Their excesses seemed less about groupies and one tin of Kestrel too many, more about swearing on television. Spittle featured from time to time, but that was common back then. I remember my bank manager periodically gobbing into a spittoon.

My advice to young pop stars is: get to bed early, stick to soft drinks, respect hotel furnishings. Later, on reaching maturity, you can have a new extension built, invest in an ISA, and happily inhale vats of whiskey before waking at 3 am on the floor still fully clothed, having smashed up your house. For you will have earned it.

HERE’S uplifting news. According to Surrey-based clinical psychologist Dr Gurpreet Kaur, folk get caught in negative thought spirals thanks to an evolutionary tactic designed to “protect” them by focusing on potential threats. The idiots.

In a TikTok video, Dr Kaur was considering the question: “Why does our mind want to destroy us?” Good questions. I’ve long regarded my mind as the enemy and wish it would get out of my head. But it hangs about, like some yob on a street corner, annoying me with self-denigrating thoughts and frequent reminders that I support Hibs.

Dr Kaur says there’s a way out of this: “Just try to pay more attention to the positives.” But you need to work at that. Yep, knew there’d be a catch.

Some might accuse me of negative thinking, just because I deplore everything and am the leader – also treasurer, minutes secretary and sole member – of a cult that believes the universe is a malevolent place, and that Earth is a planet ruled by a psychotic deity who enjoys torture and cruelty.

You say: “Well, it’s arguable, I suppose.” Damn rootin’ tootin’ right it is, mister. Sorry missus. Where I diverge from the seriously miserable is in having a right good laugh at it all.

Unfortunately, I can’t think of a link for that so here for your edification, instead, is my philosophical catchphrase, which came to me aged 20 in a Eureka moment after three lunchtime pints (seriously): Nothing Really Matters (NRM). No, it don’t. Yes, it does. Read it again. See how profound it is? No? Yes? It has two meanings. Oh, in the words of leading existentialist Frankie Howerd, suit yourselves.

NRM, which I’d have as a tattoo if I had the courage, has many layers, depending on which word you stress. Advances in science have shown the wisdom of stressing the first (though yogis knew this yonks ago). The second tells you nothing is real (which can be read two ways). And the third? Well, that doesn’t matter.

It’s all too easy to think nothing ever works for you, nothing ever turns out right, and nothing is ever anywhere (when you can’t find things). So let’s do that. Also, as it happens, that’s basically the schematic outline of my forthcoming memoirs (provisionally titled Hand Me Doon Ma Laxatives; not to be confused with my worst-selling romantic novel, Hand Me Doon Ma Condoms).

Like anybody else, sometimes I wake up and think: ‘What is the point? There’s nothing worth living for.’ Then I remember: ‘Crinkle-cut oven chips!’ Focus on the good things in life, folks.

Up to 2,000 cults are now active in Britainshire, according to counseling charity Catalyst. The rise is attributed partly to lockdown, when folk searched yonder internet for the meaning of life. Life is a reality show in which we are set challenges and judged afterwards. It’s a load of nonsense and nothing to get concerned about.

Loopy boffins at Georgia State University, USA, accidentally created super-vicious hamsters after a gene-editing experiment went wrong. The aim was to reduce aggression, but the opposite happened, and the rage-filled beasties started biting each other on the bahookey. Let’s just hope they don’t discover fire and speech, and start to become fully human.

The yolk’s on us again. For years, we were told eggs were bad for us on account of all the cholesterol. Now we’re telling them they help build “good cholesterol”, and that one a day could stop you having a heart attack or stroke. Coming soon: the good lard, pies and chips you should eat every day for a healthy life.

After the egg comes the chicken. Turns out ancient Britons didn’t eat the controversial birds but kept them as pets and were even buried with them as, obviously, they could show folk the way to the afterlife (“It’s doon yon tunnel”). It’s consoling to know that, if life seems mad now, it was madder in the past.

To follow we’ve got a sugary pudding. Lord Sugar, to be precise. The entrepreneur and telly star told people to get back to the office and stop indulging in “long laziness”. Turns out the peer has only attended his own workplace, the House of Lords, twice in the past year. To be fair, we’re using “workplace” loosely.

Our columns are a platform for writers to express their opinions. They do not necessarily represent the views of The Herald.