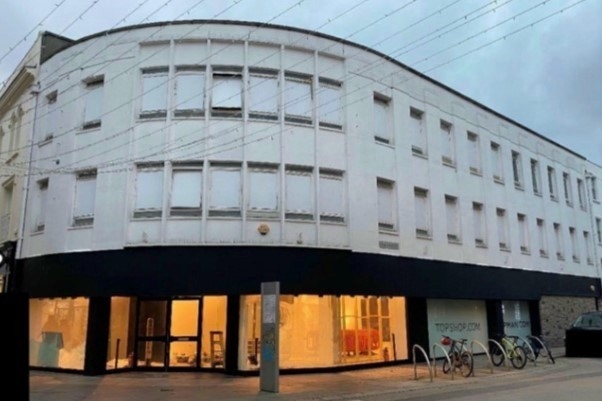 FIVE two-bedroom flats could be built at the former Top Shop site in King Street, if planning approval is granted.

Proposals have been put forward to add an additional third floor and new apartments to 40 King Street after the previous occupant, retailer Top Shop, went into administration in 2020. The bottom floor would remain a retail outlet, according to the planning application, which seeks a change of use from retail to residential for the first and second floors. The proposed third floor would consist entirely of a single two-bedroom apartment.

The hope is also to remove the building’s existing façade, which currently sports the Top Shop logo, and replace it with a modern exterior.

As the plans seek to develop housing in the middle of King Street, property experts Gaudin & Co have included a ‘loss of retail statement’ in their application.

This document cites the immense challenges faced by retail outlets and says that high-street stores are facing ‘pressure from online retail and shopping patterns’.

The statement reads: ‘One would also mention that a thriving business like Beghin’s on King Street, which has operated since 1842, was forced to close due to lack of business, which once again shows the lack of demand for retail space. This is extremely sad but reflects modern society and shopping patterns.’

It adds that it would be reasonable to restrict the retail space to one floor, citing the ‘lack of demand for one floor, never mind two’.

Gaudin said ‘early-stage talks’ had taken place with Monsoon, who were looking to downsize from their current site in Queen Street, about occupying the downstairs premises.