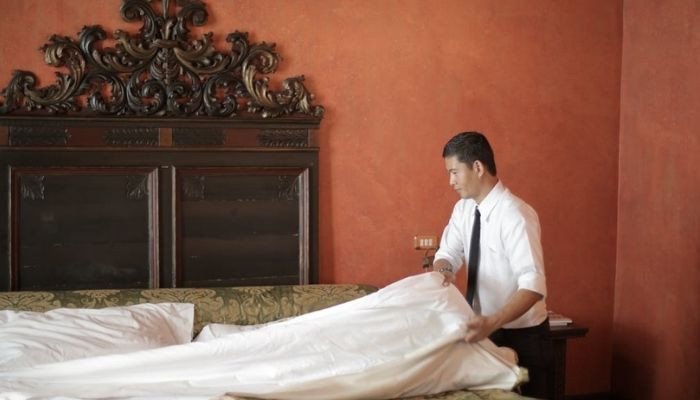 A survey in the UK has shown that 50% of the single men do not wash bed sheets for up to four months, the BBC reported.

Research shows that 12% of the participants, out of 2,250, admitted that they do it only when they remember. This could be longer than four months.

Single women, on the other hand, changed their bed sheets more frequently, with 62% washing their bedding fortnightly, said a bedding company.

“Sweat goes into the sheets making them not only smell bad but also become quite clogged up,” said Dr Browning.

Not just sweats, our own dead skin cells are also something we need to wash away.

“If you don’t wash your bed sheets, your dead skin cells are going to build up in them.”

This can lead to the birth of mites who feed off the dirt. These mites can then cause skin rashes and discomfort.

Dr Browning added that the situation might not be this bad during winters but two weeks would still be the limit.