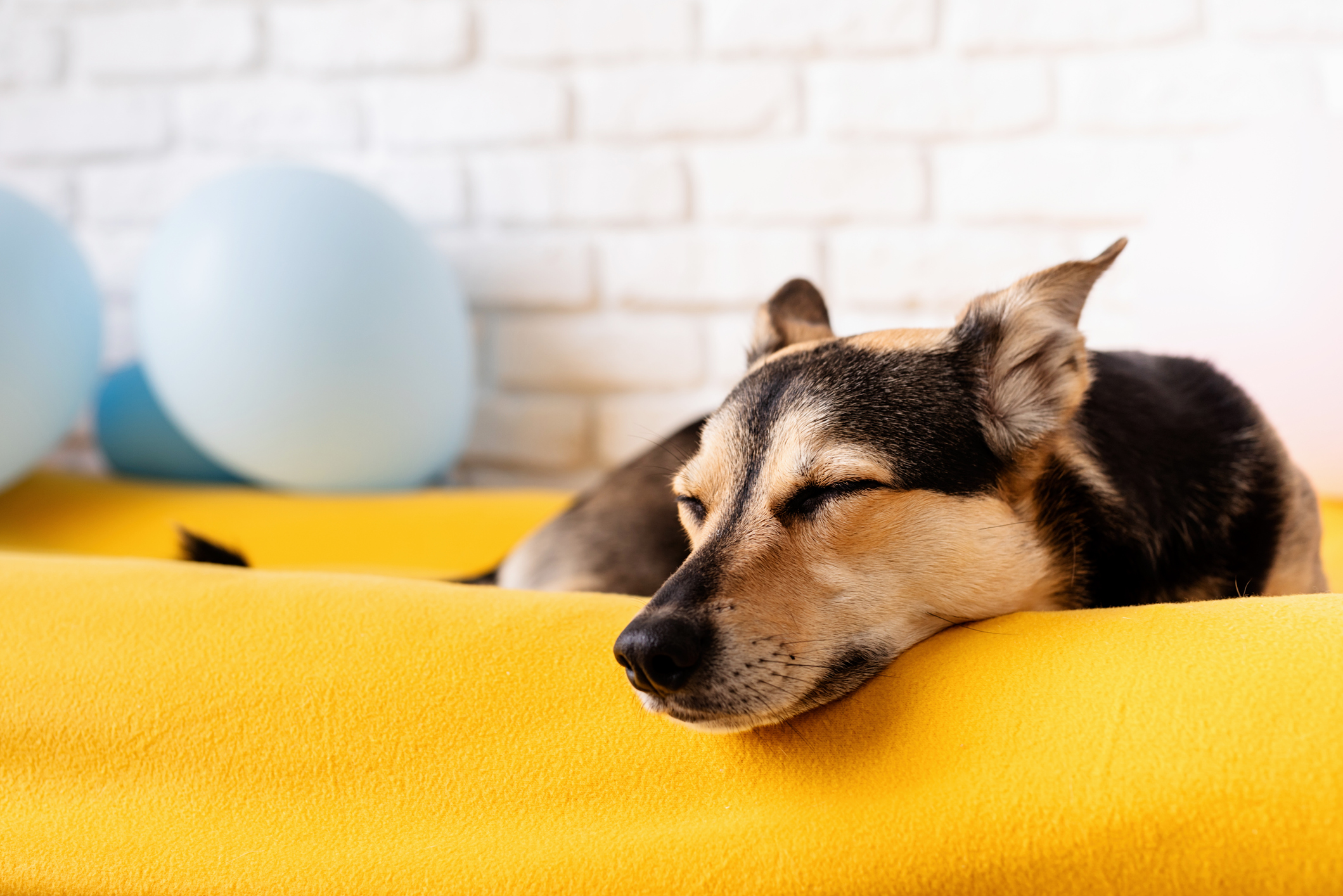 A woman shared heartwarming footage of her rescue pup’s reaction to receiving her first bed after being rehomed several times.

Anita Myatt posted the video on TikTok where it received more than 6.1 million views and 14,200 comments. The video can be found here.

A spokesperson for the American Society of the Prevention of Cruelty to Animals (ASPCA) told Newsweek that individuals should ask the shelter or rescue organization about an animal’s background before adopting.

“When adopting from a shelter, you often have the advantage of learning valuable information about the animal’s background, including any important medical or behavioral needs,” the ASPCA spokesperson said. “Ask questions and lean on the staff at the shelter for guidance.”

In addition to answering questions, the staff at the shelter are experts at helping individuals decide whether or not an animal is a good fit for their lifestyle.

“Your personality and lifestyle, along with the amount of time spent at home, should be explored to determine what pet is right for your household,” the spokesperson said. “The ASPCA encourages the public to keep an open mind when adopting, as you may go home with a pet you hadn’t previously considered.”

In the video captioned “such a sweet girl,” Myatt introduced viewers to Dixie, a rescue with at least four previous homes.

As Myatt pulled the bed into view, Dixie visibly became excited and followed quickly behind her.

“Let’s see if she likes her new bed,” Myatt said as Dixie’s tail wagged. “Dixie, look this is yours.”

The pup immediately curled up in the bed, laying her head down comfortably.

“Oh look at you. Your first bed. Are you a happy girl?” Myatt said. “You’re so welcome, honey.”

In another TikTok, Myatt said that Dixie is about a year old and before she was adopted, Dixie was never allowed indoors.

Myatt also explained that Dixie was not from a shelter. She said she is from a small town and heard about Dixie’s situation, which is how she knows so much about her background.

More than 14,200 users commented on the video, many saying how happy the pup looks in the footage.

“That look at the beginning omg,” one viewer said.

“I love rescue dogs. They appreciate the bare minimum bc they’re used to having absolutely nothing,” another person said. “They are the best dogs in my experience.”

“How could 4 other families not want this beautiful girl!! She seems like a total sweetie,” another said.

“This made me smile out loud!!!” one user wrote.

“My rehome was like that when I bought her first bed, she never had one,” another commented. “I hadn’t taken the tag off before she laid on it and brown eyes looking at me.”

“Now she just needs a blanky and she’s set,” another commented. “So sweet! She’s so happy in her new home!”

Rescue animals often capture the hearts of the masses, but one person said they made a heartbreaking discovery just days after bringing one rescue home.

In another viral video, Bonnie, the senior rescue dog, can be seen recognizing her owner from across a yard, walking over to her, tail wagging while the text reads: “The love of a senior dog is like no other.”

And one person who works at a dog pound told the harrowing story of rescuing a dog that had been shot in the head.