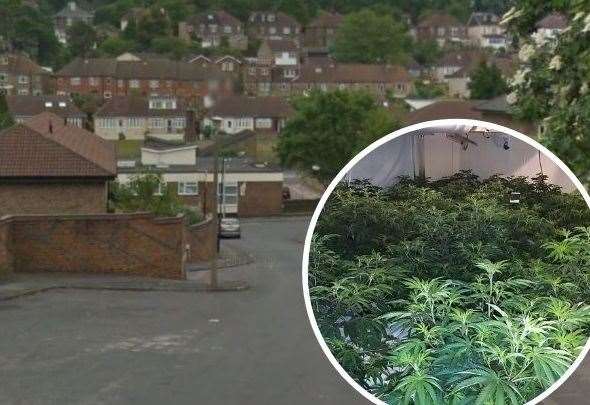 The remains of a cannabis factory were discovered in a house in Medway.

On the one-bedroom patio on Prince’s Street in Rochester, officials found attachments and evidence that the Class B drug had been harvested.

Neighbors told how the police, who had been on site for hours, had removed a building bag from the property.

One said: “Apparently all the plants that were grown there had already been stripped, so the police weren’t there in time to catch the person responsible.”

A police spokesman said the officers were called for the first time on Thursday at 11:30 a.m.

They added: “Police visited a property on Princess Street, Rochester after reports that the address was unsafe.

“Officials entered the premises and found evidence that one of the rooms on the first floor had previously been used for cannabis harvest.

“No plants grew on the property.

“There were no arrests.”

Read more: All the news from Medway