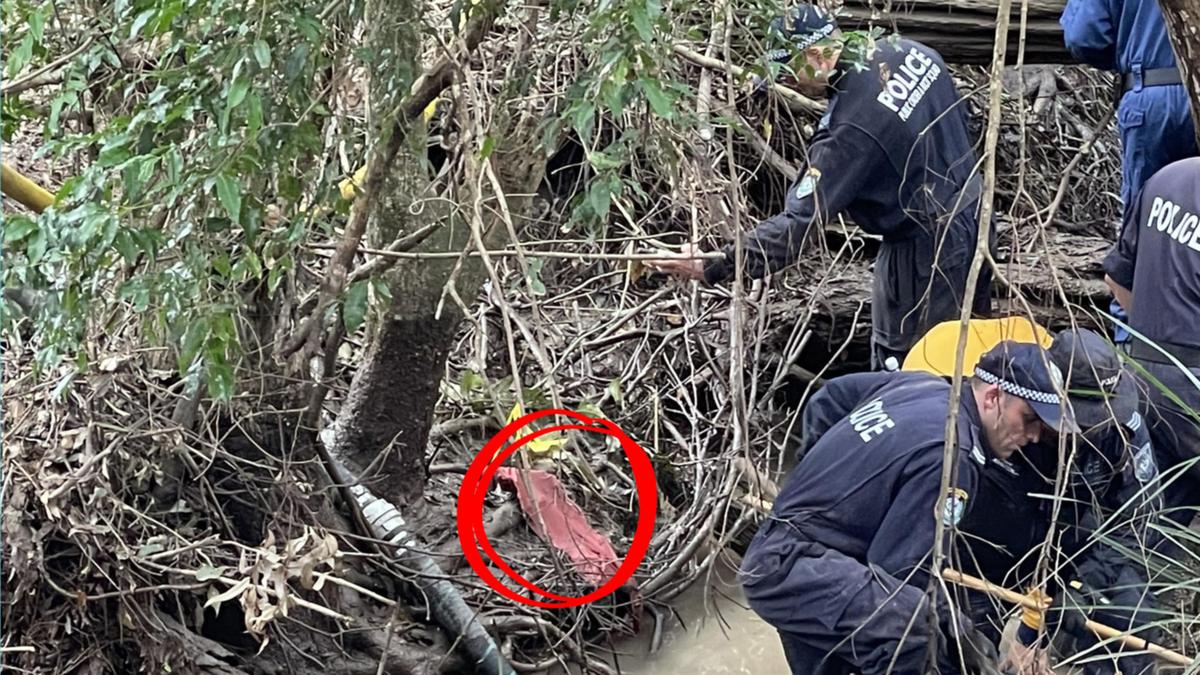 Investigators looking for the remains of William Tyrrell have found a piece of red cloth not far from where the boy disappeared more than seven years ago.

Police were photographed with the faded scrap material on Monday after pulling him out of a drained creek bed before the renewed search for the missing boy began on Tuesday, their 23rd day.

William was last photographed wearing a red and black Spider-Man suit – an image that is now synonymous with one of Australia’s most confusing missing person cases.

He was three years old when he disappeared from his foster grandmother’s home in the town of Kendall on the north-central coast of NSW in September 2014.

The Daily Telegraph reported that police discovered the substance at the foot of a tree in the muddy waterway and sacked it as evidence shortly after 3:30 p.m. Monday.

Rural Fire Department volunteers had pumped a new section of the creek east of Batar Creek Road on the outskirts of Kendall earlier that day.

Detectives and rescue workers comb the creek and bushland near Kendall under the guidance of a hydrologist and forensic scientist.

Their search was hampered by heavy rain, which forced the RFS staff to repump parts of the creek every time it fills with rain.

The police began digging through the newly drained section of the creek on Monday afternoon, where they discovered the red remains of cloth.

The investigation team returned to Kendall last month to start a new search based on what police said was new information on the case.

Newly appointed NSW Police Commissioner Karen Webb said on Nov. 25 she doesn’t believe Williams’ DNA has yet been found on any of the evidence bagged in Kendall in the two weeks prior.

“A lot of the exhibits were taken away to be examined, but that takes time,” she told Sydney Radio 2GB.

“It’s a long, arduous search and obviously the weather conditions are poor up there, but the police will definitely be following it.”

William was never found despite years of detective work, the identification of hundreds of interesting people, a $ 1 million reward for information, and an ongoing coronial investigation.

On Tuesday morning there was again heavy rain in Kendall, which refilled the creek and created muddy conditions for the investigators.