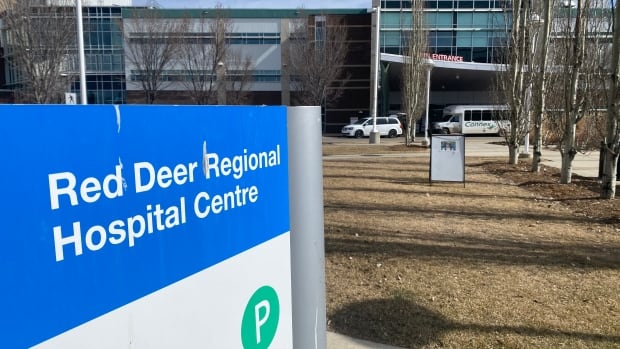 In the early morning hours on Saturday, the estimated wait time for the ER at the hospital — which for years has been plagued by chronic bed shortages — hit 14 hours.

Alberta Health Services said the weekend demand surged dramatically with an influx of COVID-19 patients and people injured due to falls on the ice.

According to AHS, the 14-hour estimated wait time was brief and applied to less urgent cases.

The health authority noted the average wait time for non-urgent patients admitted to the hospital between 12:30 am to 11:46 pm on Saturday was three hours and 43 minutes.

According to Colebrook, roughly two-thirds of the emergency room beds on the weekend were taken up by patients who were already admitted and waiting for a bed elsewhere in the hospital.

“When wait times are 12, 14 hours, it’s suboptimal. The conditions are not good. We will do our best to see the sickest patients. If you’re not that sick, then you’ll be triaged lower down and it will take longer to be seen.”

The Red Deer Regional Hospital — which serves nearly half a million people in central Alberta — regularly runs over capacity.

A 2015 AHS report showed, at that time, the hospital was short 96 in-patient and 18 emergency room beds.

Advocates have been sounding the alarm over bed shortages for years, and in the 2021 provincial budget, the Kenney government earmarked $59 million over three years for the first stage of the hospital expansion — despite promising $100 million a year earlier.

“It’s becoming more common to send people for blood work from the waiting room because we just can’t wait for them to get back to the space,” said Colebrook, who noted waits on the weekend were unusually high.

“It does impact care,” he said. “Either it takes longer to be seen or they’re being assessed in the waiting room or the triage areas.”

In addition to chronic bed shortages and an increase in patients needing care, Colebrook said the hospital is experiencing staffing shortages and problems with patients stuck in hospital beds waiting for placement in care homes.

“There’s no question that care for patients is being delayed. And we know when that happens poorer outcomes can happen” said Dr. Kym Jim, an internal medicine and nephrology specialist at the hospital.

Jim, who is also a spokesperson for the Society for Hospital Expansion in Central Alberta, said wait times have surged over the past 10 days and staff are working flat out to help patients

“I’m increasingly seeing patients in the hallway, I’m increasingly triaging patients that come to see me before they’ve ever gotten to an emergency bed. I frequently see people in ambulances outside waiting to come in because it was going to take too long to see me. Often those people have COVID, so they can’t come right in. So I’ve seen people in ambulances and written orders there.”

Jim acknowledged hospitals around the province are struggling, but he said Red Deer, which has been stretched for years, is particularly hard hit.

“Wait times in the ER are one of the gauges of a hospital system that is in trouble,” he said. “This really speaks to the need for urgent hospital expansion.”

dr Keith Wolstenholme, an orthopedic surgeon at Red Deer Regional Hospital, said wait times are an ongoing problem at the facility and COVID-19 has exacerbated the situation.

“This is just yet another sad example of our infrastructure limitations that leads to an inability to really adequately care for patients that need care by any sort of metric that would be acceptable to anybody.”

In a statement emailed to CBC News, an AHS spokesperson said the Red Deer Regional Hospital experienced significant demand over the weekend due to an increase in seriously ill patients

The health authority said staffing levels were normal over the weekend and the increase in hospitalizations is not unique to Red Deer.

“We understand that waiting for admission is challenging, and can be very frustrating. Every effort is being made to reduce capacity pressures and admit patients as soon as possible. One of the ways we’re working to address capacity concerns is transferring stable patients to another health-care facility if needed,” Williamson said.

Meanwhile, Colebrook is urging patients not to stay away from the hospital if they need care.

“Even though our wait times go up, we still will do our best to see the patients that are sickest,” he said.