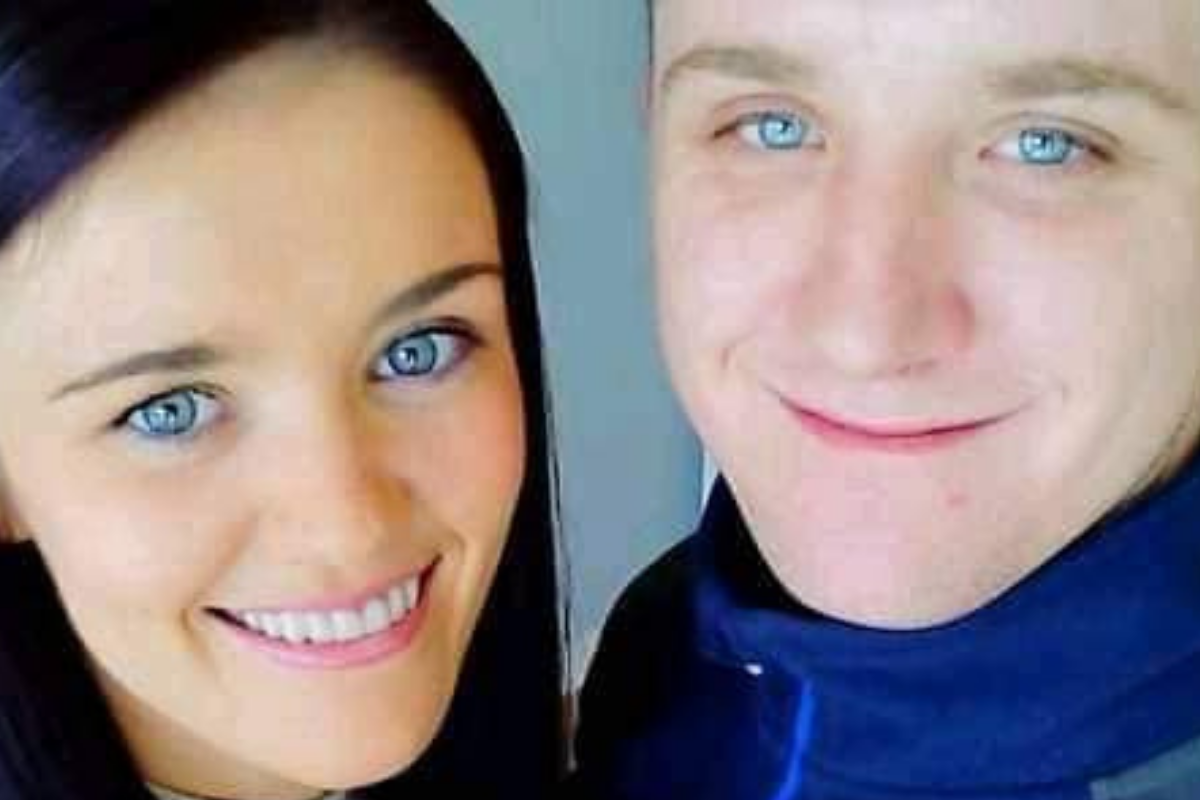 A dad has died after going to bed ‘totally fine’ leaving his devastated young family ‘broken’.

Steven Irvine, from Bridgeton, suffered from a heart condition but had been in good spirits before suddenly dying in his sleep earlier this month on Sunday, April 4.

The sudden death of the 31-year-old ‘die hard’ Rangers fan has left his loved ones shocked and in disbelief.

Toni had been with Steven for 12 years

Now his distressed girlfriend Toni Kirkpatrick, 27, has been left with a ‘sore’ heart as she will ‘never see her soulmate ever again’.

They had been together 12 years and have two little boys, aged just six and three.

She is now scrambling to find a way to pay for Steven’s funeral, which is next week, as he has no other family to help.

Toni is broken hearted without Steven

Toni said: “I’m broken. My heart is so so I can’t believe I’ll never see my soulmate ever again.

“Steven suffered from a heart condition since he was two days old and was on medication for life to thin his blood.

“He went to sleep and his heart just stopped, he never woke back up.

“He was totally fine the day before he sat watching his best team play in the Old Firm. Steven loved Rangers and was a die-hard fan.

“I was with him for 12 years. His mum and dad have also passed away too so I’m left to do everything.”

Steven’s death came as a shock

Paying tribute to Steven online, Toni said: “My heart is broken into pieces.

“Just wish you could be here beside us saying goodnight to us or even get one last hug from you.

“I wasn’t ready for you to go. I don’t think I’ll ever be ready to accept it.

“You were my best friend, my soulmate, and our boy’s daddy, see you again one day I hope.”

A GoFundMe page has been set up to help cover the costs which you can donate to here.

The page reads: “On the 4th of April Toni’s boyfriend was found dead suddenly at the age of 31.

“Not only [is] Toni left without her boyfriend but two little boys have been left without a daddy at the age of three and six.

“Steven had no immediate family as they have passed away so Toni is left to organize his funeral.

“As you know funerals don’t come cheap and for a 27-year-old having to organize a funeral is hard enough without worrying where the funds are coming from to pay it.

“If anyone could help with even as little as a £1 this would help a long way and it would be very [appreciated].

“This will help Toni to give her babies’ daddy a funeral.

“I would like to thank you for taking time to read this and even if you can’t donate, if you could share this we would be very grateful.”