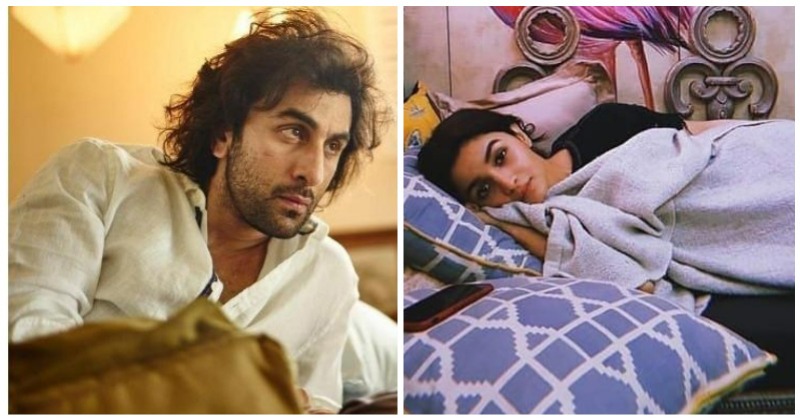 You know how there are some couples who always say only good things about one another? When asked what’s the most annoying or irritating thing about their partner, they simply smile and say ‘nothing’?

Well, according to me, they’re the most pretentious kinds of couples on the face of Earth, because no matter how much in love you are, there will always be things that will get to you and it’s sort of healthy to be able to openly talk about them.

Case in point, Ranbir Kapoor and Alia Bhatt, who share not just immense love and respect for each other but also a friendship that allows them to be candid and honest.

In one of the recent interviews with the Brahmastra actor, Ranbir Kapoor revealed one of the few things that he has to ‘tolerate’ about his co-star and wife, Alia Bhatt.

He shared, “What happens with her when she sleeps is that she starts moving diagonally and eventually your bed space becomes smaller and smaller. Her head is somewhere, her legs are somewhere, and eventually, I’m on the corner of the bed, really struggling with that.”

Meanwhile, Alia Bhatt shared what she tolerates about Ranbir as she said, “One thing I tolerate is also his silence. Like sometimes I (hitting Ranbir) need him to respond and he doesn’t respond because he is like zen.”

Currently, the two are basking in the glorious success of their film Brahmastra and counting days until their first child is born.