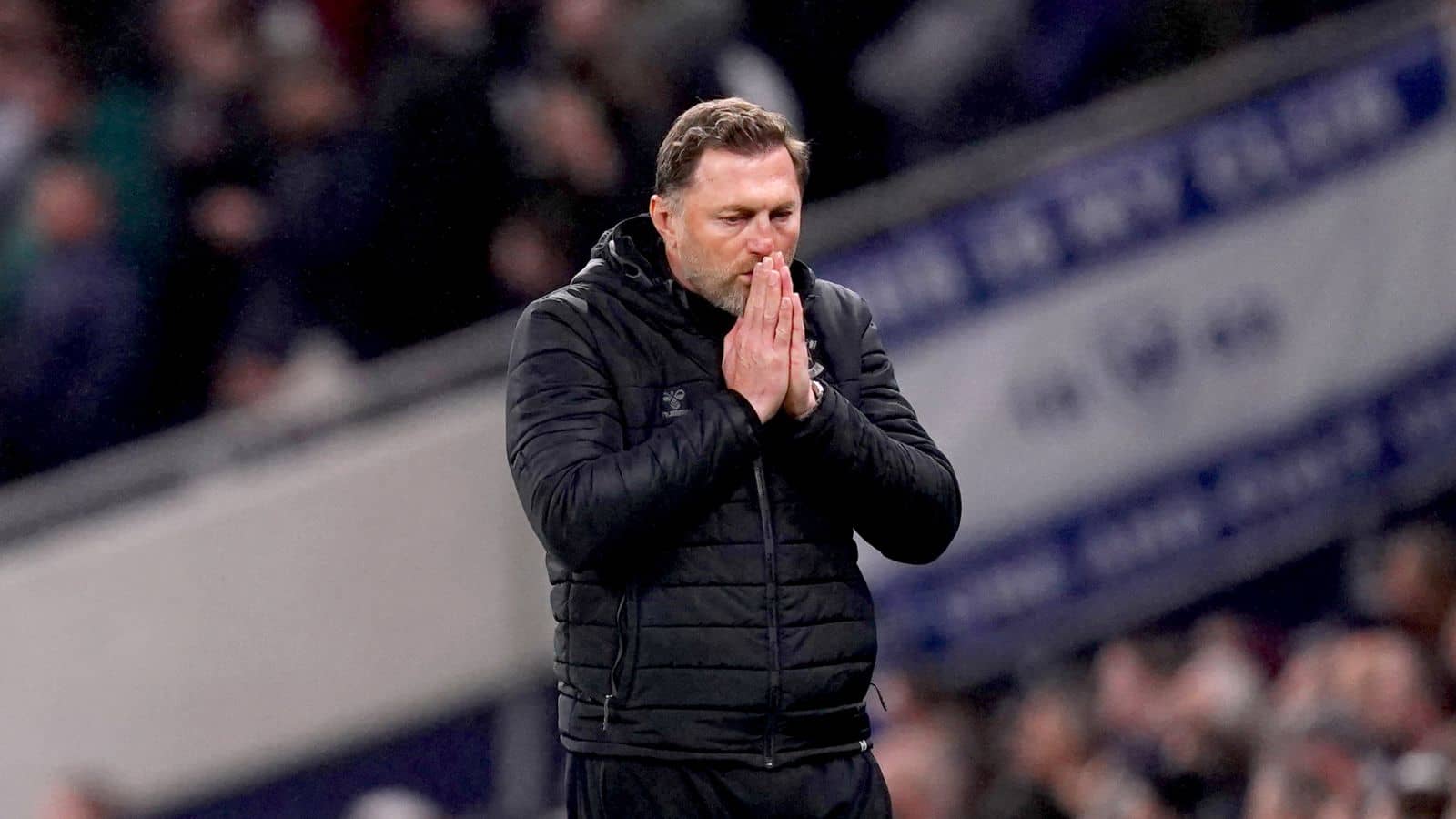 The Scotland international came off the bench to score twice in last weekend’s 2-1 Premier League win at Leicester and followed it up in midweek with another double in Saints’ 3-0 Carabao Cup success at Cambridge United.

Both Everton, who are desperate for a new frontman after Dominic Calvert-Lewin’s injury, and Leeds have been tipped to sign adams.

But while Hasenhuttl does expect incomings and outgoings before the transfer window closes next week, he is adamant his top scorer will not be among those leaving St Mary’s – with a start highly likely against Erik ten Hag’s side.

“I can categorically say that he is our player and he will stay with us and that we love him, especially when he scores goals,” said the Austrian, speaking ahead of Saturday’s home clash with Manchester United.

“We will definitely not sell him in the summer.

“You are maybe more (informed) in the rumors than I am because I am more concentrating on how I can help him to score goals.

“He’s good in the moment, he’s on fire and this is a signal of feeling comfortable in the situation he’s in.”

While being coy on his transfer plans, Hasenhuttl admits his focus is purely on the field.

He added: “I don’t want to speak about rumors or transfer news. We play against Man United on the weekend, it’s a big game coming up for us.

“The transfer window is still open, yes, but I try to bring the focus on a very important game for us, a game that can give us direction.

“I will not discuss any player or who is moving where. You can be sure that in these final six days, players will come in and players will go out.

As for injury news ahead of the game against the Red Devils, Romain Perrauc could be back.

The left-back could feature against United after returning to training after a groin issue.