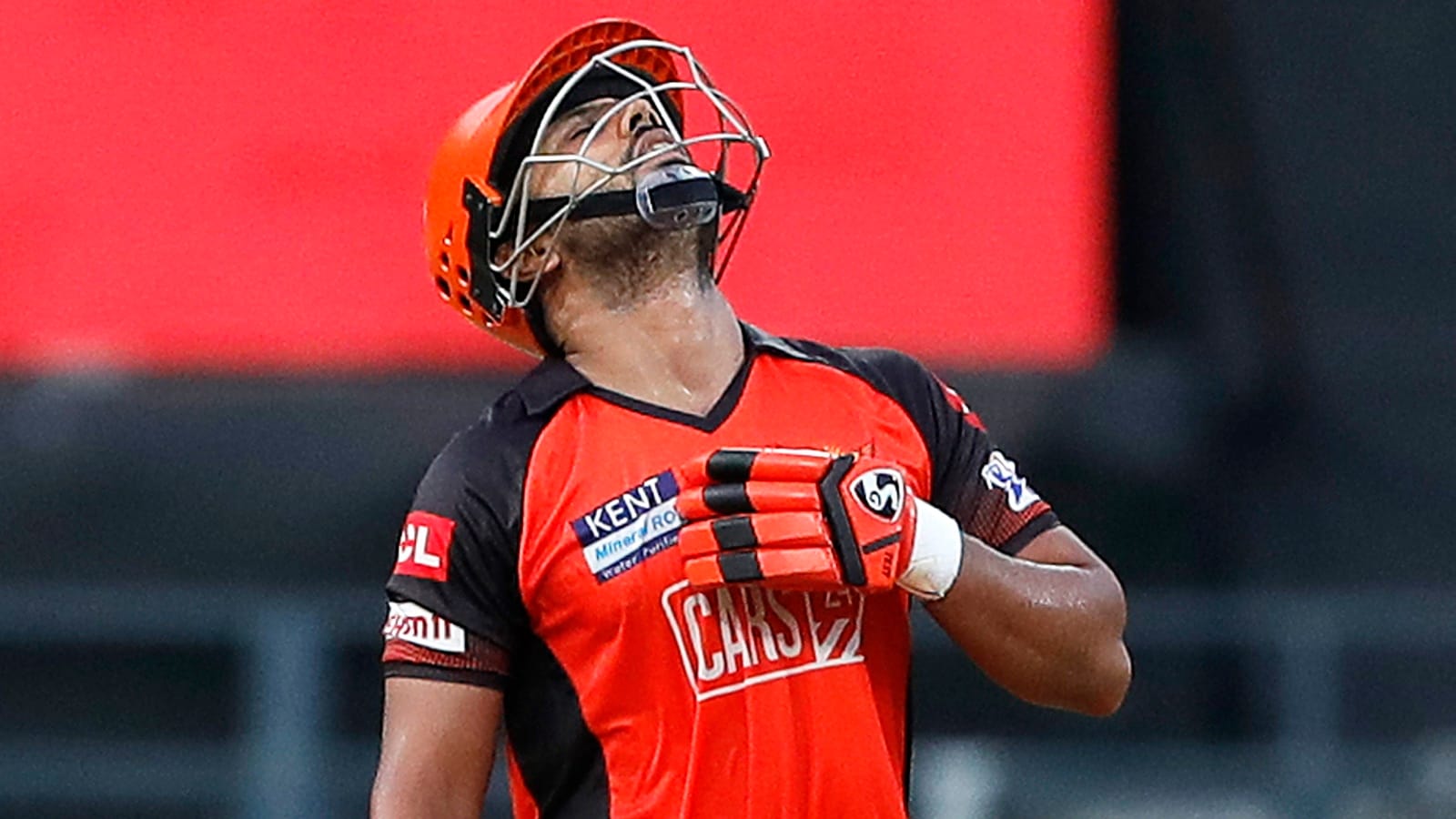 Noted former cricketers Ravi Shastri, Ian Bishop, Irfan Pathan were in awe of Rahul Tripathi’s batting and wanted him to be considered for India’s T20 side as soon as possible. Tripathi played a match-winning innings to help Sunrisers Hyderbad stay alive in IPL 2022. The right-hander smashed 76 off 44 balls to propel SRH to 193/6 which was 3 runs more than what MI could achieve in their reply. Former India head coach Ravi Shastri said the Maharashtra right-hander is “not far at all” from an India call-up if he continues to bat the way he has in this IPL.

Shastri said Tripathi has done enough to be considered as a backup option. “He’s not far at all. If someone doesn’t get up from the bench or gets up from the wrong side of the bed and gets injured, this guy can be slotted in straightaway. He can go at No. 3 or 4, he’s “A dangerous player, and should be in the mix. If he’s performing season after season, I’m sure the selectors will be watching that very, very closely and giving him his due,” Shastri told EPSNCricinfo.

Tripathi scored most runs while batting at number 3 in this IPL. The right-hander has notched up 393 runs in the 15th edition of IPL in 13 innings while batting at number three. The best part about his batting has been his impressive strike rate. Unlike most, Tripathi starts his innings at a strike rate of close to 200 which is rare even in the shortest format of the game.

Shastri was mighty impressed with Tripathi’s all-round strokeplay and his ability to get going right from ball one.

“It’s not that one swallow that makes a summer, he’s been around for a bit and what I like about his game is his fearlessness, and he’s got a tag of being a known quantity and someone the opposition wants to get out quickly. Irrespective of that, he comes out and plays his game and his shot-making ability, the all-round game that he has, he’s not overawed by any opposition or by any bowler, which is great to see.”

So Read| ‘Central contract for him straight away’: Shastri’s message to BCCI

“Tripathi is a very, very confident player. What I liked best was his shot selection, the positions he got in, the anticipation, the reading of the bowler and the lengths he is going to bowl, and then getting into positions to attack a part of the field he wanted to. He gave himself in those positions a couple of options. If the ball was up, he had a couple of shots ready once he got into that position; if the bowler altered, he had plan B in place as well. So extremely impressive and a terrific innings,” the former India head coach added.

Former West Indies fast bowler Ian Bishop, who was in the commentary box when Tripathi was smashing the MI bowlers to all parts, said “it’s time” for him to play international cricket.