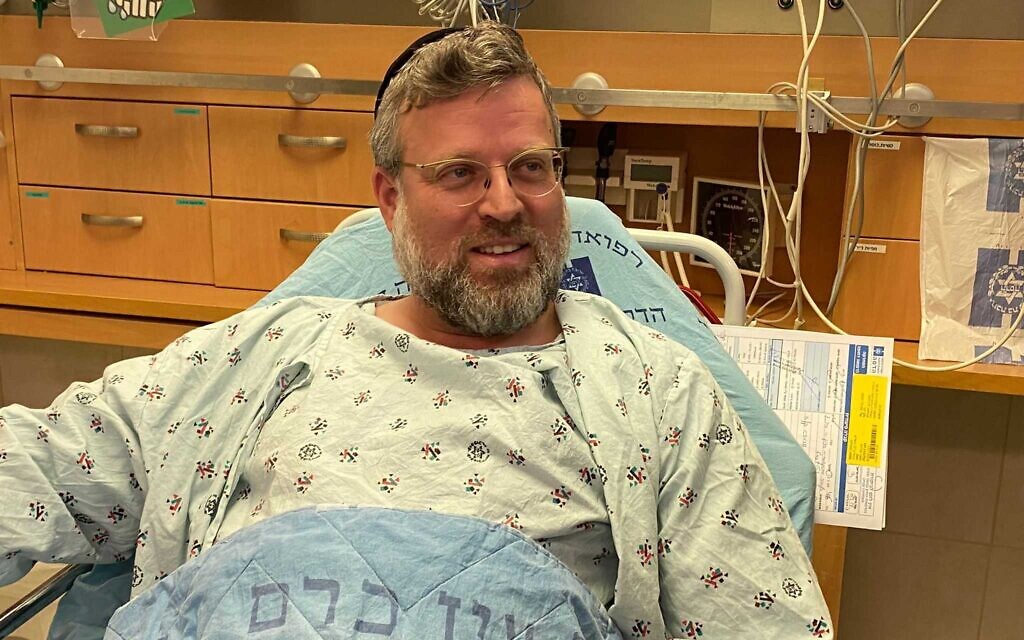 A rabbi who was fatally wounded in a gunshot attack today says he was returning home from morning prayers at the Western Wall in Jerusalem’s old city when he was hit by a bullet.

One person was killed and four injured in the shooting before officials shot the terrorist, an East Jerusalem resident who Hamas identified as one of its members.

Rabbi Zeev Katzenelnbogen, a 46-year-old father of eight, said he was still wearing his phylacteries (tefillin) and prayer shawl (tallit) when the shooting started.

“I didn’t really understand what was happening … in a split second, I got a really bad pain in my arm right where the tefillin was,” he told reporters from his hospital bed at Hadassah Ein Kerem Medical Center in Jerusalem.

Katzenelnbogen, who was moderately wounded, said he then went back towards the Western Wall to find a building to enter.

“I understand the great miracle, the benevolence, that God has done for me,” he says. “I could have lost my life in a second and it was a gift to me.”

“It is written that the tefillin are connected to the heart … There is a connection to God and you can feel it, you feel covered, you feel protected,” adds the rabbi.

When asked by a reporter, he said he did not know whether the tefillin slowed the ball.

The others wounded in the attack include Yeshiva student Aaron Yehuda Imergreen, who is hospitalized at Shaare Zedek Medical Center in serious condition, and two police officers who were slightly injured and treated at Hadassah Ein Kerem Hospital before being released became.

That is why we come to work every day – to offer discerning readers like you indispensable coverage of Israel and the Jewish world.