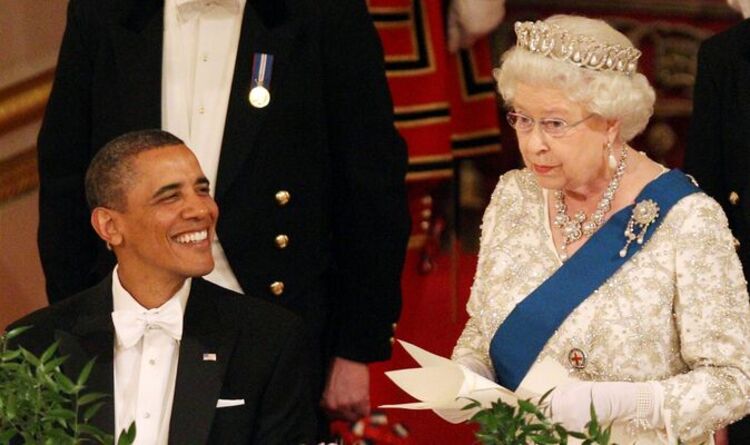 Barack Obama visited the UK on his first state visit in May 2011. The high profile three-day state visit was only the third by a US president to the UK in 100 years.

Obama met with the newly-married Duke and Duchess of Cambridge during his visit.

Also, he and first lady Michelle Obama were the guests of honor at a state banquet held by the Queen at Buckingham Palace.

The president and the first lady were greeted by the monarch and the Duke of Edinburgh upon their arrival at the Palace.

During the dinner, the Queen toasted the UK’s “special relationship” with the US and gave her thanks to America which “twice came to the rescue of the free and democratic world when it was facing military disaster” amid the two World Wars.

While there was excellent tableware and wine used on the evening, royal author Robert Hardman claims that what made the occasion “exceptional” was the rapport Obama had with “a host who could talk with such authority about so many of his predecessors. “

In an extract of his new book, ‘Queen Of Our Times: The Life Of Elizabeth II’ published by Macmillan on March 17, Mr Hardman details how the night unfolded.

He goes on to note how the Queen was forced to intervene on the evening where Obama “had been enjoying himself so much”.

He explains how the monarch wanted to discreetly point out the evening should draw to a close because she was tired.

The UK’s former chancellor had previously claimed this was how the evening unfolded at a talk with Lord Ed Vaizey, a former Tory member of Parliament and minister, hosted by the Old Pauline Club, an association for alumni of St Paul’s School.

He Obama claimed was “knocking back vodka martinis with his mates” and shared his worry about “going to be the person that has to go and tell him to go home.”

According to Mr Hardman, after the official proceedings at the banquet died down “the President summoned his two closest aides, including senior speechwriter Ben Rhodes, for a modest after-party in the Belgian Suite, where the Queen accommodates her state visitors.”

His book details that the President reportedly compared the Queen to his grandmother when talking to Mr Rhodes, as both women are “courteous” and “straightforward”.

The royal biographer adds: “’They developed a real affinity,’ says Rhodes. ‘He saw how much the Queen went out of her way to make a black American President feel as welcome as possible.

“’She treated him a lot better than some other leaders [treated him], I can tell you that. That was very powerful.”