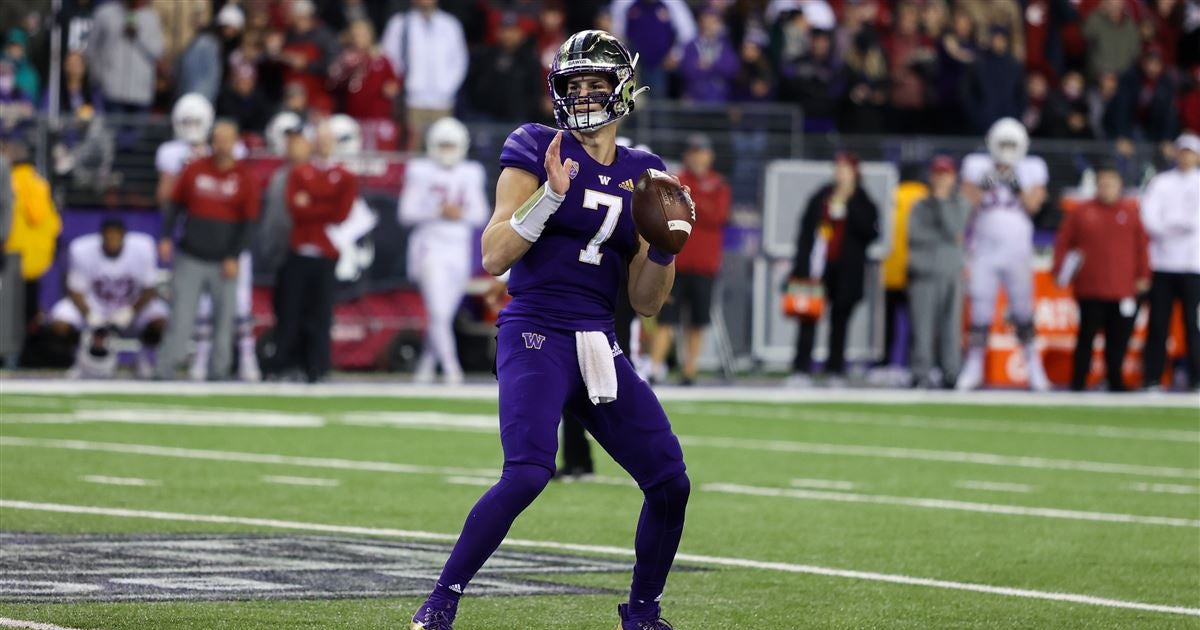 Washington lost the Apple Cup in a spectacular way last night. It wasn’t a close game. Hell, that game seemed over by the time Washington stepped on the field. Why was that Apparently they thought this “new” coaching staff would follow the same pattern as Mike Leach ran during his seven years as head of Washington state. They opted for the same defense system that had helped them dominate their cross-state rivals and it was a failure.

The Cougars rolled up 454 yards offensive and quarterback Laura Jayden opted for free drinks at The Coug and Valhalla for the rest of his life (once he turns 21, of course) by walking 27 of 32 for 245 yards while charging for another 31.

In addition to de Laura’s outstanding performance, traffic jam Max Borghia rushed for 129 yards and two touchdowns and the Cougar Defense limited the Huskies to just 200 yards on the night, including just 63 in the first half.

At his first start for the huskies, Sam Huard looked like a newbie. While he showed some lightning bolts, it also showed that he still has a long way to go by throwing four interceptions.

Dawgman’s boys – Kim Grinolds, Chris Fetters and Scott Eklund – collapsed from what they saw in Washington State’s dominant 40-13 win at Husky Stadium on Saturday night. They wondered why the coaches simply refused to change their schedule as the competition progressed.

They also broke down the latest news on the coach hunt, talking about where some of the top candidates might end up and what the next hire might be for Washington Sporting Director Jen Cohen.

To listen to the 67 minute podcast, click the audio link below …