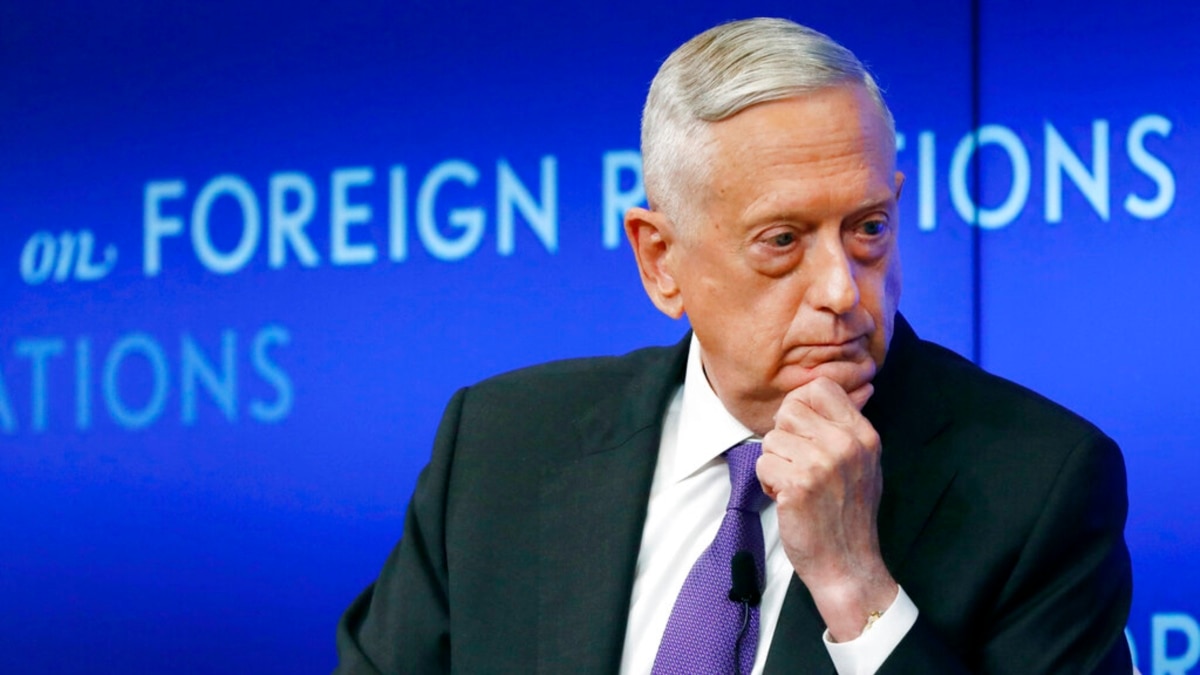 Former US Defense Secretary Jim Mattis on Friday lobbed insults at Russian President Vladimir Putin and slammed his invasion of Ukraine as “incompetent” and “foolish.”

At a speech in Seoul, Mattis compared Putin to the kind of paranoid characters created by Russian novelist Fyodor Dostoevsky.

Mattis has made relatively few public comments since resigning as Pentagon chief in 2018 over a foreign policy disagreement with former US President Donald Trump.

In his speech, Mattis did not address those disagreements in a direct way, saying only Trump had overseen a nontraditional foreign policy that had challenged US relations with its allies.

Mattis’ most pointed comments focused on Putin, whom he portrayed as unhinged and unable to make smart decisions due to the lack of people giving him sound advice.

Asked about the biggest lesson that could be drawn from Russia’s war in Ukraine, Mattis replied, “Don’t have incompetent generals in charge of your operations.”

He also said the Russian invasion was “tactically incompetent” and “strategically foolish.”

“War is enough of a tragedy without adding stupidity on top,” he said.

Mattis also criticized China’s growing relations with Russia and its unwillingness to oppose the war in Ukraine.

A country “cannot be great if they support Russia’s criminal invasion of Ukraine,” he said.

Addressing his tenure under Trump, Mattis spoke of “raucous times” and called Trump an “unusual leader” but did not directly criticize the former president.

Americans, Mattis said, should respond by “keep[ing] faith in the institutions” and “in those that disagree with you.”

Mattis’ speech was in South Korea, a US ally that dramatically felt the effects of Trump’s nontraditional foreign policy.

Asked how he felt about Trump’s summits with North Korean leader Kim Jong Un, Mattis said he was never optimistic about the talks, but that the diplomatic effort was the “right thing to do.”

Yoon, a conservative who has explicitly embraced the United States, has said he wants South Korea to become a “global pivotal state.” This week, Yoon attended the NATO summit in Madrid, the first time a South Korean leader had attended such a meeting.

Mattis praised Yoon’s presence at the NATO summit, saying “a globally pivotal state in South Korea is in all our best interests.”

He warned, however, against voices in Seoul who have recently called for South Korea to acquire its own nuclear weapons.

“You don’t need nuclear weapons on the peninsula to ensure an extended deterrence so long as there is trust between the ROK and the United States,” he said, referring to an abbreviation of South Korea’s official name, the Republic of Korea.

Opinion polls consistently show that most South Koreans support their country acquiring their own nuclear weapons, especially as North Korea continues developing its own arsenal.

As a candidate, Yoon said he would ask the United States to agree to a nuclear weapons sharing arrangement, or to redeploy tactical nuclear weapons that Washington withdrew from South Korea in the early 1990s — notions quickly rejected by the US State Department.

To avoid such an outcome, the United States and South Korea should continue to build trust, including by demonstrating “extended deterrence” against North Korea’s nuclear weapons, Mattis said.

“I think anything you can do to avoid having these weapons yourselves, you should do. They are terrible weapons,” he said.