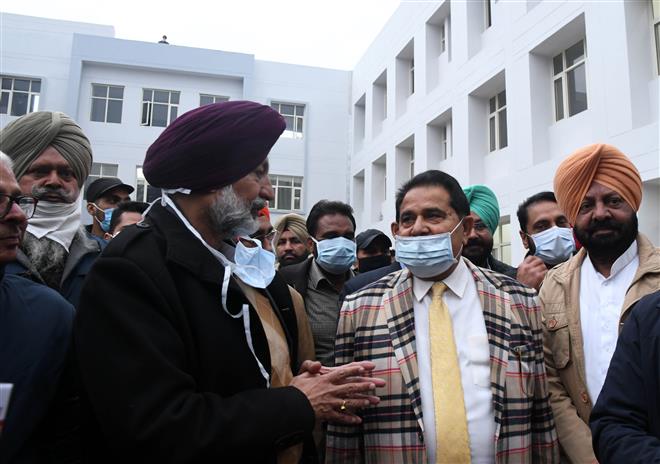 The Deputy Prime Minister of Punjab OP Soni today inaugurated a hospital with 30 beds, which was built here through the modernization of the pharmacy in phase 3B1.

Addressing the gathering, Soni said that Mohali constituency owes its great thanks to former Health Minister and MLA Balbir Singh Sidhu for having more hospitals and pharmacies here than in any other city in Punjab. He said doctors had been appointed to provide better health care to the people of Mohali through this state-of-the-art hospital that would be operational from tomorrow.

During his tenure as Minister of Health, the MLA Mohali laid the foundation stone for the expansion of this pharmacy into a hospital in 2020 and completed the construction in record time. Mohali DC Isha Kalia, SSP Navjot Singh Mahal, civil surgeon Adarshpal Kaur, Mayor Amarjit Singh Jeeti Sidhu, Deputy Mayor Amrik Singh Somal and Deputy Mayor Kuljit Singh Bedi were among those present.

Soni said a lab is being set up in Mohali, for which the MLA has arranged a piece of land. Tests that would require samples to be sent to Pune will be tested in Mohali after the lab is operational, he added.

“We have successfully fought the second wave and with the cooperation of the people the third movement will be tackled,” he said.

Sidhu said the construction of this hospital would reduce the burden on the civil hospital’s patients. The OPD of the new hospital would start from tomorrow and, in addition to a state-of-the-art OT, a diagnostic center had also been set up there. The hospital would benefit residents, especially seniors who had to go to Civil Hospital, Phase 6 for treatment.