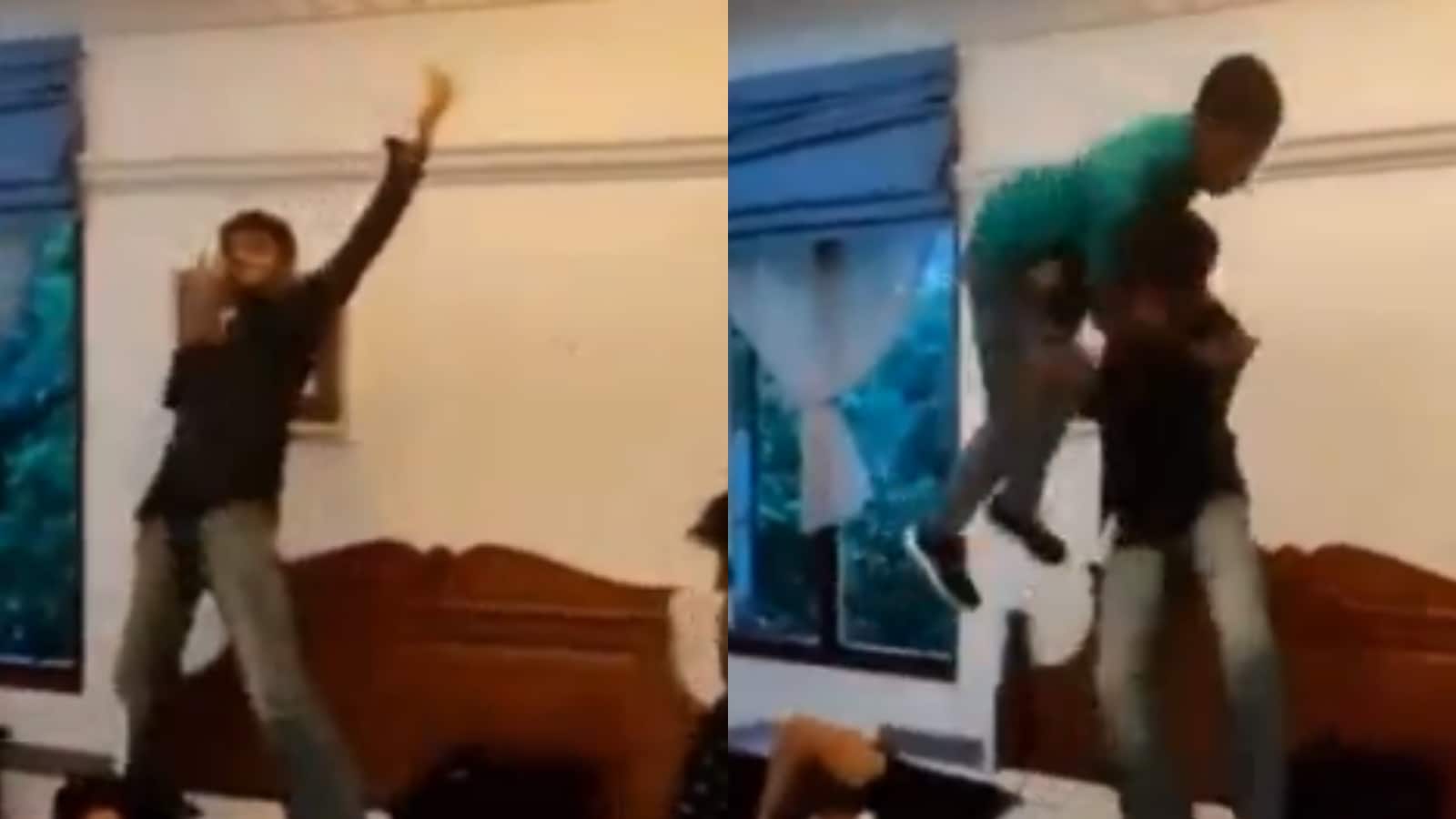 Absolute scenes are on display in tumultuous Sri Lanka where hundreds of thousands of people gathered in the capital Colombo to demand the government take responsibility for mismanaging the nation’s finances, and for crippling food and fuel shortages.

After storming the gates of the presidential palace, a throne of protesters walked through its rooms, with some among the boisterous crowd jumping into the compound’s pool. Others were seen laughing and lounging in the stately bedrooms of the residence, with one pulling out what he claimed was a pair of Rajapaksa’s underwear.

Another video saw protesters using the gym equipment inside temple trees, which is Sri Lankan PM Ranil Wickremesinghe’s residence. In many other videos, agitators were also seen watching TV.

A new video that has now come to the attention of social media users shows protesters wrestling on the PM’s bed with an added commentary of WWE playing in the backdrop. The intruders can be seen imitating wrestling moves while others surrounding the “arena” have a laugh about it.

Posted by Sri Lankan media organization News Wire, yet another video depicts a mock IMF discussion at the residence of the PM.

Meanwhile, the President’s whereabouts are still not known. His only communication outside since the protesters stormed into the city has been with the Parliament Speaker Mahinda Yapa Abeywardena, who announced late Saturday night that the President would resign on Wednesday.

President Rajapaksa informed the Speaker about this decision to quit after Abeywardena wrote to him seeking his resignation following the all-party meeting of leaders held Saturday evening.

Prime Minister Wickremesinghe has also offered to resign. In May, President Gotabaya Rajapaksa’s elder brother and Prime Minister Mahinda Rajapaksa had to quit in the face of massive anti-government protests.

You can catch all the live updates from Sri Lanka right here.