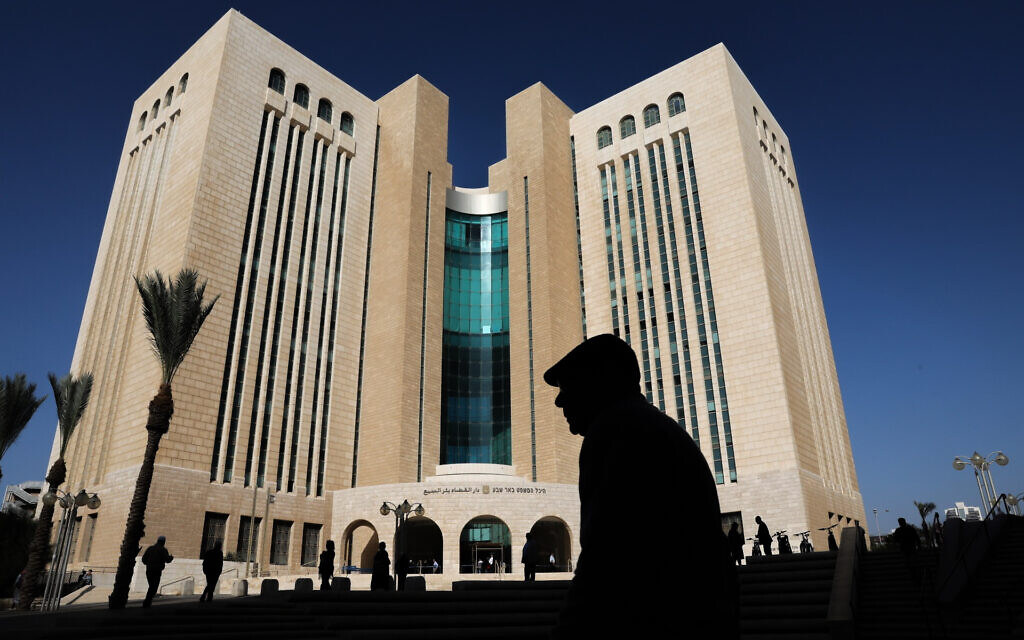 State prosecutors said Sunday they will appeal the decision of the Beersheba District Youth Court to sentence a teenager to only five years in jail for the sexual assault of a 10-year-old girl last year, saying too much weight had been given to the perpetrator’s ostensible rehabilitation.

The apparent leniency of the teenager’s sentencing in November sparked a public outcry after he was convicted of assaulting the girl in her bed as her family slept during a burglary of their southern home.

The attack occurred in a community in the Ramat Hanegev Regional Council in early 2021.

“The state believes that in view of the seriousness of the offenses, the honorable district court erred when it gave too much consideration to the rehabilitative process the defendant underwent,” the prosecutors said in a statement, pleading to appeal the decision to the Supreme court

Prosecutors had originally asked the court for a sentence of at least seven years.

The sentencing was part of a plea agreement in which the perpetrator admitted to an indecent act on a minor, breaking into a residence, and attempted sodomy.

The girl’s father praised the state for responding to the public outcry over the leniency of the sentence and launching the appeal process.

“I really hope that they will make his punishment harsher for the benefit of us all, because this type of harm needs to face the full force of the law — even if it relates to a minor. We still have a lot to fix as a society,” he told the Ynet news site.

The perpetrator, aged 17 at the time of the attack last year, along with another person, aged 16, entered the home as the family slept, while a third suspect, 21, waited outside in a car.

The two minors, from the Bedouin community of Neve Midbar, searched for valuables and entered a bedroom that the girl shared with her younger brothers, according to the indictment presented to the court.

Prosecutors said the suspect got into bed with the girl and began kissing and licking her face. When she protested, he sexually assaulted her.

According to Kan news, while the perpetrator admitted only to attempted sodomy as part of the plea deal, the girl tested that the assault did take place.

The girl cried out for her father and the two burglars ran away as they were chased outside. The group then escaped into the waiting vehicle.

The assault sparked protests in the south from residents, who demanded the government do more to curb a wave of crime in the region that they largely blame on gangs from nearby Bedouin communities.

Hundreds of residents of the Negev demonstrated, including members of the Bedouin community, demanding that the government restore security to the region.

I joined The Times of Israel after many years covering US and Israeli politics for Hebrew news outlets.

I believe responsible coverage of Israeli politicians means presenting a 360 degree view of their words and deeds – not only conveying what occurs, but also what that means in the broader context of Israeli society and the region.

That’s hard to do because you can rarely take politicians at face value – you must go the extra mile to present full context and try to overcome your own biases.

I’m proud of our work that tells the story of Israeli politics straight and comprehensively. I believe Israel is stronger and more democratic when professional journalists do that tough job well.

Your support for our work by joining The Times of Israel Community helps ensure we can continue to do so.

We’re really pleased that you’ve read X Times of Israel articles in the past month.

That’s why we started the Times of Israel ten years ago – to provide discerning readers like you with must-read coverage of Israel and the Jewish world.

So now we have a request. Unlike other news outlets, we haven’t put up a paywall. But as the journalism we do is costly, we invite readers for whom The Times of Israel has become important to help support our work by joining The Times of Israel Community.

For as little as $6 a month you can help support our quality journalism while enjoying The Times of Israel AD FREEas well as accessing exclusive content available only to Times of Israel Community members.

Thank you,
David Horovitz, Founding Editor of The Times of Israel