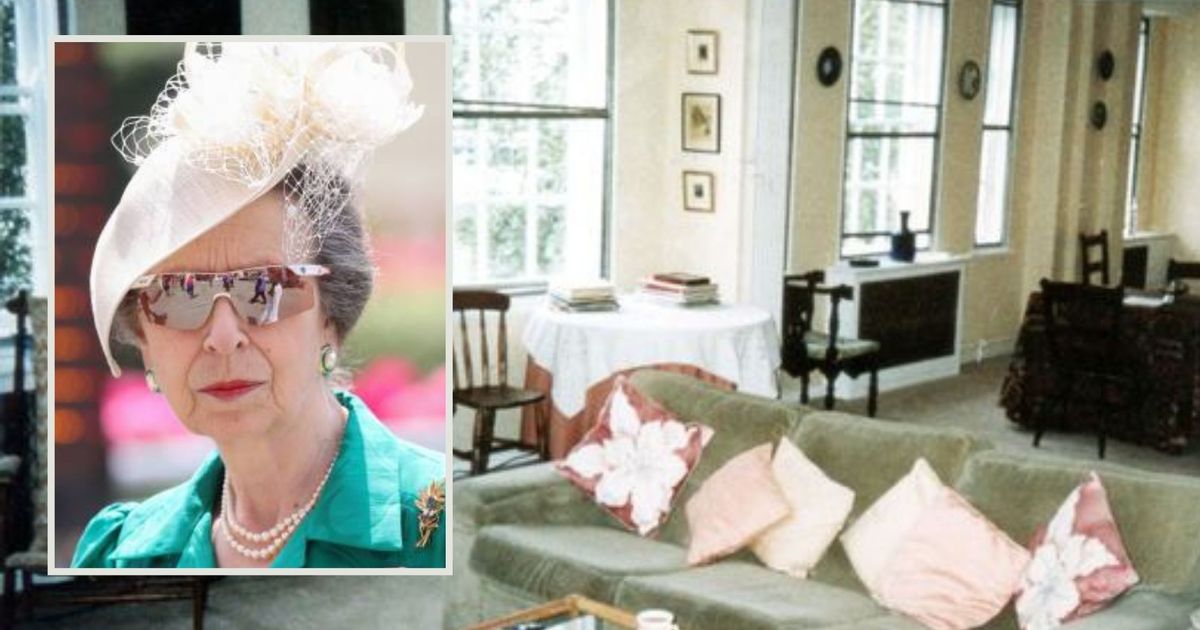 One can imagine living in the royal family with castles, country houses and luxury all around.

But Princess Anne, daughter of Her Majesty the Queen, once lived in a classic two-bedroom London apartment.

She moved into the apartment with her husband Sir Timonthy Laurence, which they rented for £ 1,300 a month.

The Westminster-based apartment at Drake House in Dolphin Square was surrounded by “noisy neighbors and noisy traffic,” the Princess Royal previously said.

There were two bedrooms in the house – one with a neutral color scheme, including cream carpets and walls, and high ceilings.

There were also plain white sheets, two dark bedside tables, and a jazzy touch of a pink fringed lamp.

The second bedroom in the house had a small wooden desk by the window, a matching towel rail, and two dressers.

The living room also had a neutral carpet and walls. A velvet green sofa took up the center of the room and had pink pillows on it.

There was a wooden coffee table in front of the sofa, and next to it was a wooden rocking chair with patterned cushions.

Anne and Timothy’s kitchen was classic white with patterned tiles on the floor.

The kitchen is connected to the living and dining room to create an open space.

In the center of the room was a table for two with a patterned tablecloth and a view of the living room and a traditional fireplace under a wall-mounted painting.

Annoyed by the hustle and bustle in front of their apartment, the couple decided after a few months that it was not for them.

The couple then moved to Buckingham Palace.

Who else lived there?

The address of Princess Anne’s former apartment in Dolphin Square has been home to many notable people in the past.

Obviously, since it’s only a 20-minute walk to the House of Commons, it’s a popular choice for many MPs.

People like William Hague and former Prime Minister Harold Wilson are just two notable names who have used the square as their London base.

Where does the royal couple live now?

Although Princess Anne and her husband Sir Timonthy Laurence now live in their primary residence, Gatcombe Park, Gloucestershire, and their London base at St. James’s Palace, they once lived in a two-bedroom apartment in Westminster, London.

Together with her husband, the couple spends most of their time in Gatcome Park – owned by the Queen.

Her Majesty bought the residence for her daughter in 1976 when she met her first husband, Captain Mark Phillips.

The impressive Grade II listed property is set on 730 hectares between the villages of Minchinhampton and Avening in Gloucestershire. With one hectare equivalent to 16 tennis courts, The Princess Royal could accommodate 11,680 courts on its private property.

The mansion itself reportedly has five master bedrooms, four adjoining bedrooms, four reception rooms, a library, a billiard room and a winter garden.

The location is perfect as it is close to Anne’s daughter Zara and son-in-law Mike Tindall and their children Mia, Lena and Lucas.

Her son Peter and his estranged wife, Autumn, live on separate lots on the estate as they both have their daughters Savannah and Isla in common.