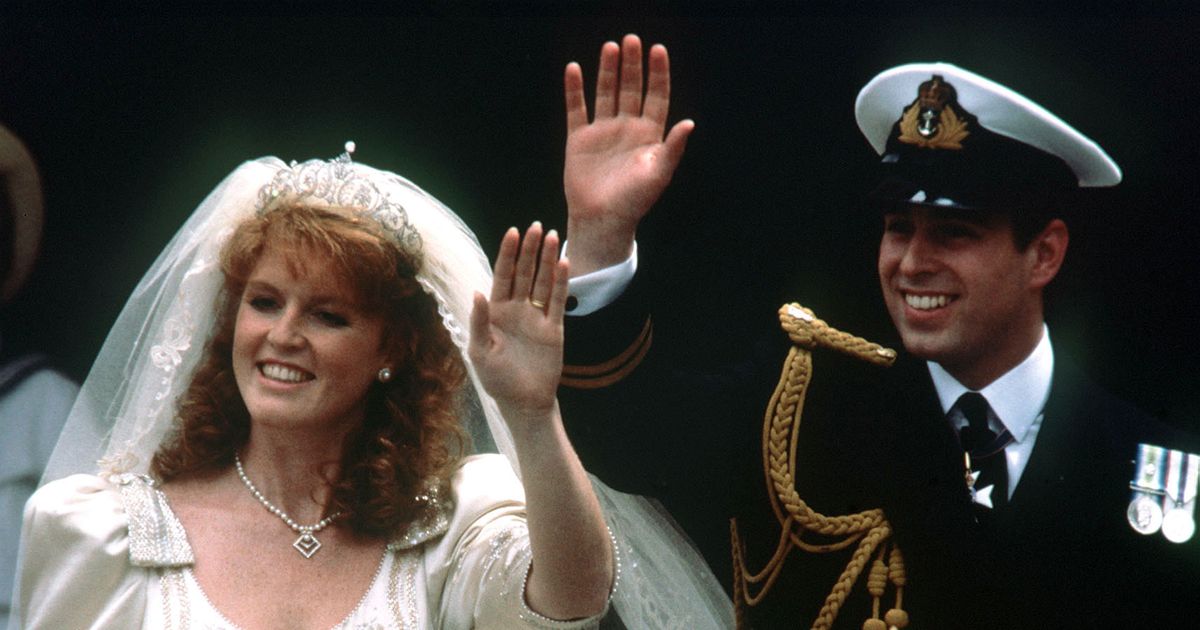 Royal biographer Ingrid Seward has claimed she saw “around a dozen teddy bears” on the couple’s bed at Buckingham Palace, adding that Fergie confirmed they all belonged to Prince Andrew

Prince Andrew even slept with multiple teddy bears in his bed during his marriage to Sarah Ferguson, a royal biographer has revealed.

The Duke of York was married to Fergie for 10 years – and during that time he still slept with “around a dozen teddy bears” on his bed, royal expert Ingrid Seward claimed.

She recalled noticing the toys when she visited Fergie at Buckingham Palace in 1990 to help with the biography she was writing.

The revelation comes after former palace maid Charlotte Briggs revealed how she had to spend a whole day learning how the Duke liked the stuffed animals displayed on his bed in the ’90s.

Andrew and Fergie were married from 1986 to 1996 and have daughters Princess Beatrice and Princess Eugenie together.

Andrew reportedly had 72 teddies on his bed at one point
(

Ingrid recalled the teddies when she visited and said she assumed they belonged to the Duchess and were from her childhood.

She told The Sun: “I said to her, ‘Oh Fergie, you still don’t have your old teddies, do you?

“And she said, ‘No, they all belong to Andrew’. We thought that was very funny and we burst out laughing.”

Former palace maid Charlotte worked for the royal family in the mid-’90s and claimed staff were given a diagram of how to place Andrew’s 72 stuffed animals in his room.

She said: “As soon as I got the job, I was told about the teddy bears and was told how he wanted them.

“I even had a day of training. Everything had to be right. It was so weird.”

She added, “But he absolutely loved the teddies and was very clear about how he wanted them arranged.”

Charlotte, who was 21 at the time, said the largest teddies were put at the back and the rest went in front in descending order of size to the smallest.

She claimed the prince’s two favorite teddies were placed on mahogany thrones next to his bed.

She added that the vast majority of the teddies were dressed as sailors, wore uniforms and caps, and were from all over the world.

Charlotte even claimed that Andrew often lost his temper with the staff, especially when it came to his stuffed animals.

She added, “It took me half an hour to arrange them — the most bizarre thing to pay for.”

Andrew lives at the Royal Lodge in Windsor with his ex-wife Fergie, but a number of rooms have been reserved for him at the palace for overnight stays.

It is understood that his palace bedroom was boxed up and his teddy bear collection trimmed down.