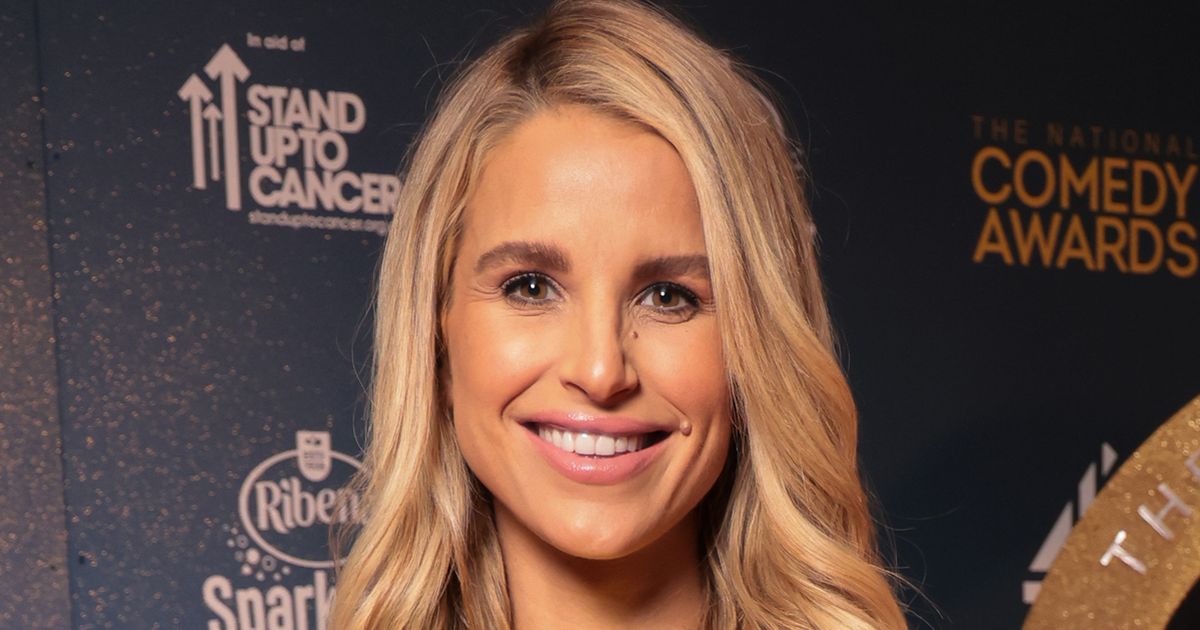 Pregnant Vogue Williams revealed she has been ‘spending a lot of time in bed’ as she awaits the due date of her third child.

The model, 36, is married to Made In Chelsea star Spencer Matthews, 33, and the two already share children Theodore, three, and Gigi, one.

She explained how all her pregnancies have been different from one another, and this time round she spends more of her day in bed as she has been feeling sick.

“I’ve been spending a lot of time in bed the last couple of weeks, but it will all be worth it in the end, it always is,” the TV star explained to OK! magazine.

When she was pregnant with Theodore, she had ‘very bad sickness’ until she was 17 weeks. And when she was carrying Gigi, she was sick all the way through.

The couple, who married in June 2018, announced their third pregnancy in October.

“This has been a lot harder to hide third time around, I feel like I’ve had a bump since the first month.”

Spencer shared a sweet snap of the couple and wrote: ‘WE’RE HAVING A THIRD BABY!!”‘

“If you’d have told me a few years ago that by the age of 33 I’d have three beautiful children with the woman of my dreams I WOULD have believed you because that was always the plan….” he continued.

“Having said that I feel fortunate every day for what we have. Family is EVERYTHING.”

Fans were thrilled for the happy couple and took to the comment section at the time to congratulate them.

Get all the biggest showbiz news straight to your inbox. Sign up for the free Mirror Showbiz newsletter.

“Aww that’s lovely! Congratulations you guys,” another fan posted while one said: “So happy for you all.”

A few months before the couple announced the third pregnancy, Vogue opened up about their growing family.

When asked whether her family is complete, she told Mirror: “Our family is amazing as it is but the plan is definitely to have more kids. People think I’m mad when I say that, but the dream would be four.

“There are days we think we can have five, then we don’t have a good night’s sleep and realize five is too much [laughs].”