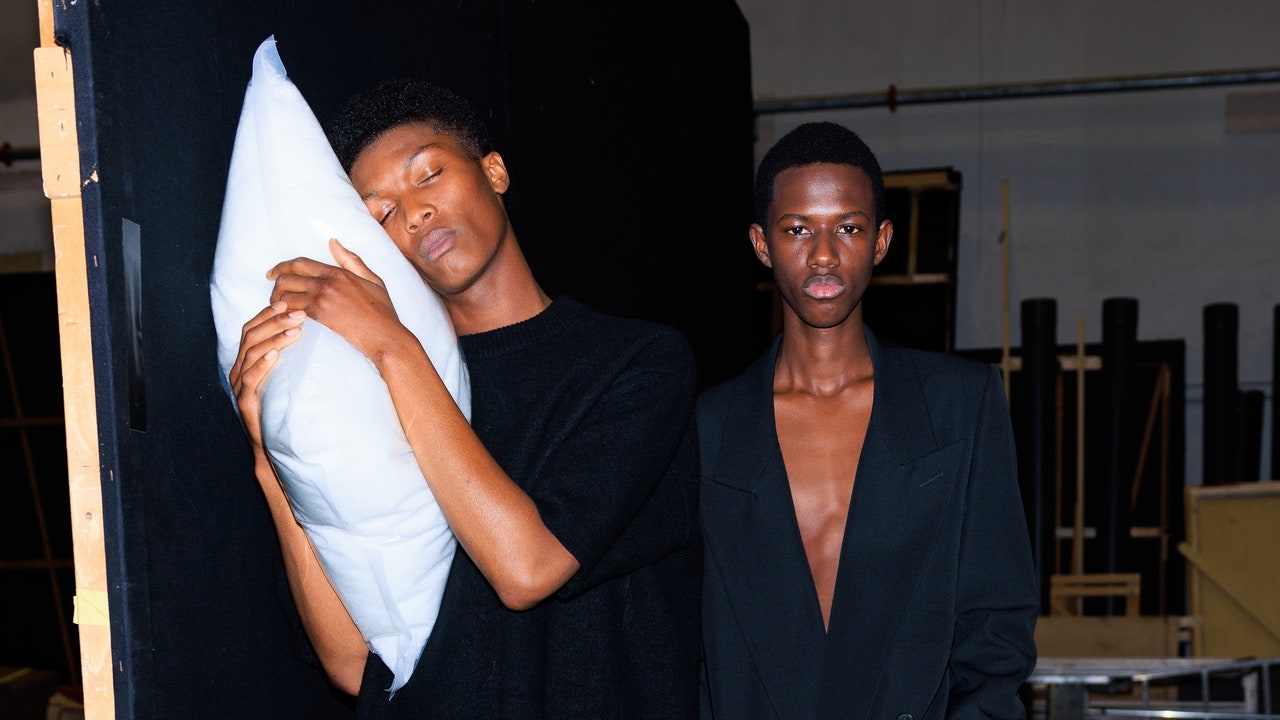 As you may recall, Prada’s spring 2023 menswear and ready-to-wear shows were set-designed by the Danish film director Nicolas Winding Refn. The Prada Fondazione was covered in craft paper, with window-shaped cut-outs playing clips created by the filmmaker. The collaboration culminated in touch of crude, a short format video directed by Winding Refn that “explores the lives of women and the scope of fluid modern femininity.” The video premiered at the Lyon Lumière Film Festival in October as well as at the Geneva International Film Festival and the Stockholm Film Festival in November 2022, and is now live on Prada.com.

Prada’s spring campaign further evolves that storyline by way of David Sims, who tapped into this cinematic language to evoke classic Hollywood and European filmmaking. Sims’s photographs are presented as stills from a film, fragments of divergent stories and unseen narratives. While Prada’s fall 2022 menswear show a year ago featured the likes of Jeff Goldblum, Louis Partridge, and Kyle MacLachlan (in a nod to its fall 2012 show featuring Willem Dafoe, Gary Oldman, Tim Roth, Jamie Bell, and Adrien Brody), its spring campaign recasts Partridge and adds Vincent Cassel and Jaehyun Jeong. “Actors and models by their very nature encapsulate an otherness,” read the press release accompanying these images. What better part to play than that of a Prada man?