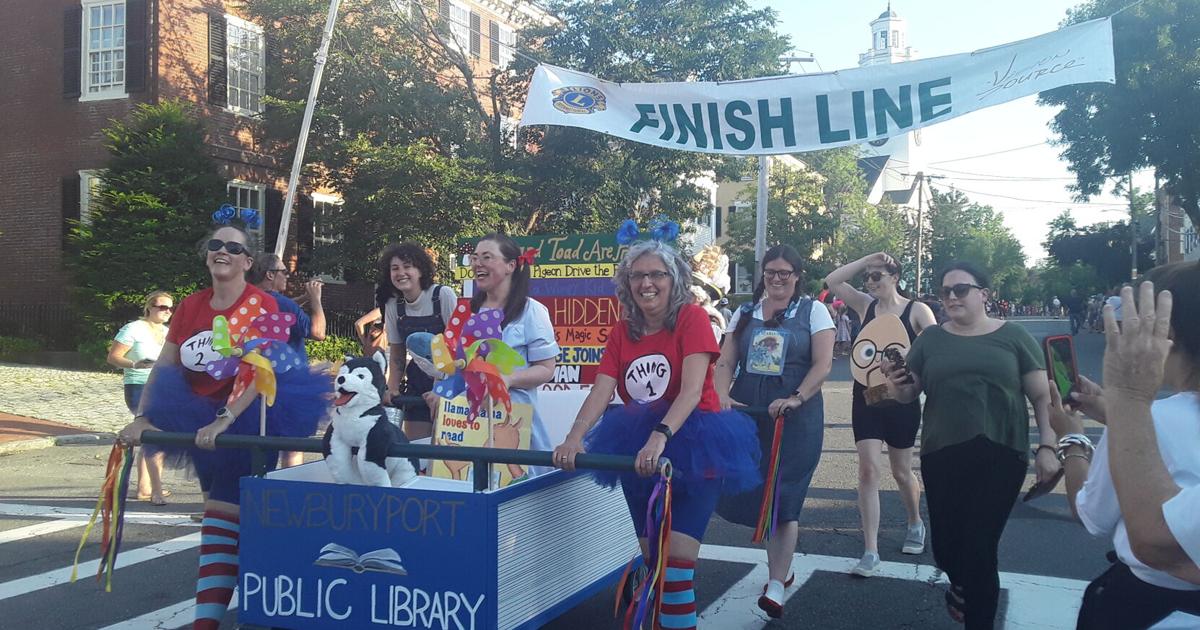 NEWBURYPORT — Sweltering heat couldn’t stifle the enthusiasm of the team from the Newburyport Fire Department that took first place in the Newburyport Lions Club annual Bed Race on Thursday afternoon.

Teams from Rocket Insights, Theater in the Open, Anna Jaques Hospital, The Dojo and Red’s Restrooms, among others, also took part in the annual race, which saw decorated beds headed down Federal Street as fast as their teams could take them.

The two-time defending champion, Sea Level Oyster Bar, did not field a bed in the race. But last year’s second-place team, the Newburyport Fire Department, raced a bed made up to look like a fireboat and in memory of late firefighter Brett Burkinshaw, who died of cancer last year.

The Fire Department came in first place, finishing in 1:14. Lt. John Fish said his team seemed to have been inspired by his last-minute motivational speech.

“I got them all riled up, so we were ready to go. We had a good team, even though it was hot, we still did all right,” he said.

Red’s Restrooms came in second place with a portable toilet bed that crossed the finish line with a time of 1:20. Co-owner Patrick Reddy said his team was in the race to win it all.

“We’re not running to show here and we’re going to put our best foot forward,” he said.

Anna Jaques Hospital emergency room nurses and physician assistants raced their “Under the Sea” gurney made up of medical supplies such as surgical masks, urinals and bedpans and designed, they said, to “sail into healthier days.”

Library technician Chris McKernan was dressed as “The Rainbow Fish” and said her team had no interest in winning the race.

Staff librarian Sally Rubinstein said her team would be thrilled to win, but had one caveat.

“If people really love the library, then they need to get out of our way,” she said.

The Lions Club also used the Bed Race to collect donations for the Boys & Girls Club of Lower Merrimack Valley, which lost thousands of dollars during a robbery in June.

“It’s a little toasty. But we’re racing for a great cause and we’re really happy about it,” he said.

Keenan said the Lions Club has been “great.”

“The Lions have already donated $1,000 to us and they wanted us to come out and collect a little bit more tonight,” he said.

Staff writer Jim Sullivan covers Newburyport for The Daily News. He can be reached via email at [email protected] or by phone at 978-961-3145. Follow him on Twitter @ndnsully.