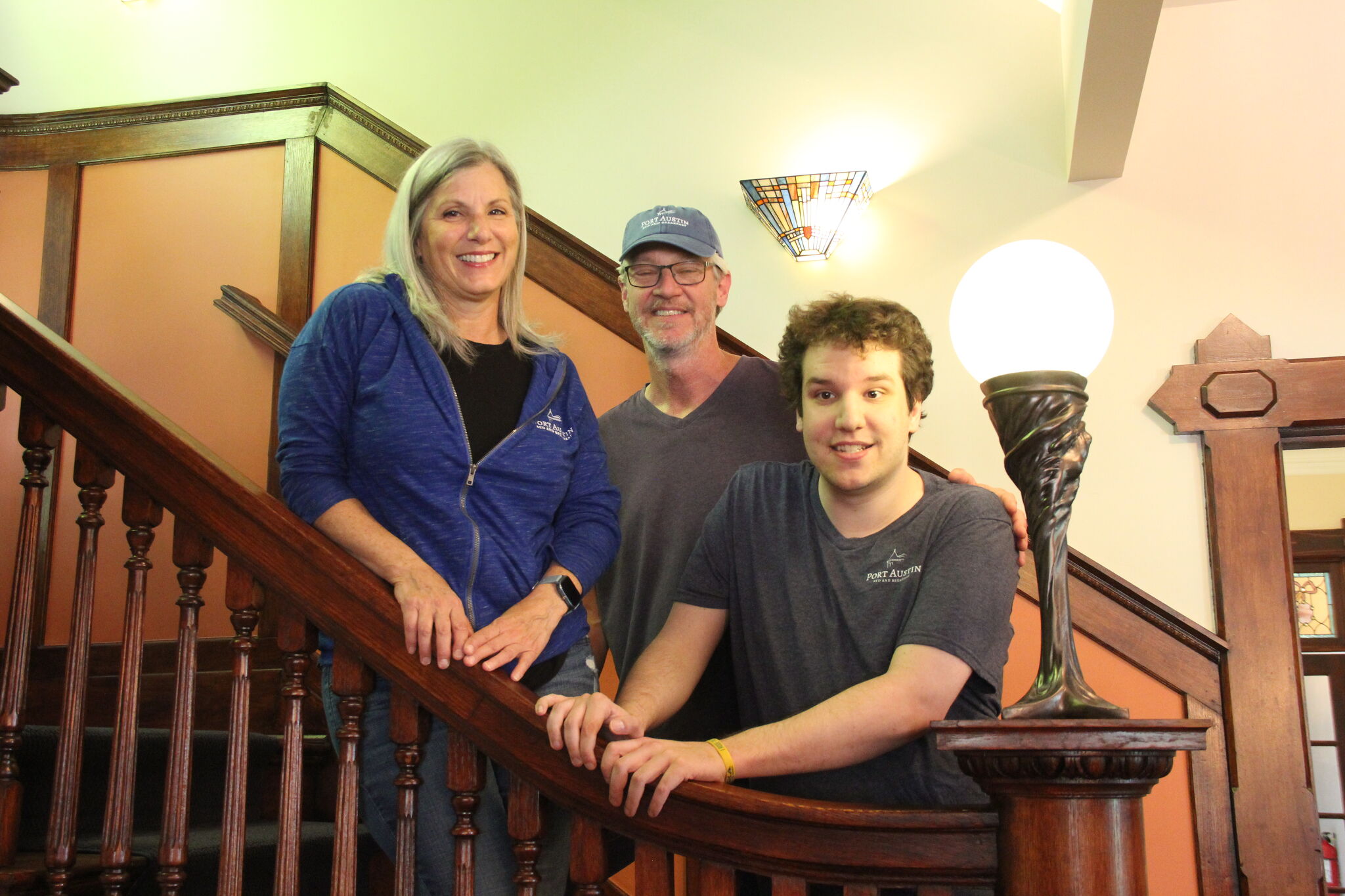 The house at 8526 Lake St. in Port Austin has lived a few past lives and has received a chance at life once again.

Port Austin Bed and Breakfast, owned and operated by Joanne Murphy and her husband Lance, opened for guests for Memorial Day weekend of 2021 and has been so far a hit with whoever has stayed.

Before buying the house that would become their bed and breakfast, Lance worked for Verizon and Joanne worked as an advocate for people with disabilities, as their son Zach has several disabilities including cerebral palsy. They hail from the Detroit area, with a house in Grosse Pointe Park.

Joanne grew up coming to Port Austin during the summer as her parents had a cottage along the beach. She and her husband got to a point where they were looking at what they were going to do with their future, feeling their son was not supported in the system he was in, and wanting something where he could have a job.

“This wasn’t our original plan,” Joanne said. “It was something much smaller. But we saw this house and I came to look at it. My husband said this would make a good bed and breakfast.”

Prior to the Murphy’s ownership, the house had five different owners dating back to the 1880s, ranging from Frank Hubbard of Huron City to the Heins family that ran Heins Hardware, and it spent its most previous life as an adult foster care home.

The Murphy’s bought the building in October 2016 and started work on the inside around Thanksgiving that year. Their work was finished hours before first opening to guests on Memorial Day weekend 2021.

“We had some work slow downs because it was taking so long, so they had other jobs to do,” Joanne said. “Then COVID happened and then we couldn’t get them to come finish. So, we just pushed it out one more year, but still it took every last second to get it ready.”

The five guest rooms available for rent are each designed to a different period of previous house ownership, from the Victorian era through its time as an adult foster care home. The third floor of the house is the Murphy’s bedroom.

The three-course breakfast served each morning, made with in-season local produce, ranges from the standard eggs and fruit to different ethnic dishes like a Middle Eastern breakfast and Huevos Rancheros.

During its first season, which lasted from Memorial Day weekend to Halloween weekend, Port Austin Bed and Breakfast had an occupancy rate of between 82% to 89%, with the majority of guests giving it five-star ratings. Joanne said their guests have been tourists, locals, and they already have repeat guests, including the descendants of previous house owners.

“They just wanted to see it because for five years, people have been watching this house be resurrected,” Joanne said.

While guests will want to explore what else Port Austin has to offer, some rent the whole house just to stay in the house and play bocce ball and cornhole.

While Zach helps with getting the guest rooms ready, more cleaning help has been hired so the place can be open more days instead of closing on Tuesdays and Wednesdays. During July and August, it will be open every day of the week.

The Murphy’s plan on having the bed and breakfast open through Halloween again, but are going to add some additional days during the winter, including the Silver Bells weekend and the Port Austin Winter Carnival, along with if someone wants to rent the whole house.

“We’ll probably open at the beginning of May next year,” Joanne said. “So we’ll have a little more season next year.”

Port Austin Bed and Breakfast merchandise can also be purchased, including postcards, mugs, soap from the Bad Ax Soap Company, and soap dishes like those found in guest bathrooms.